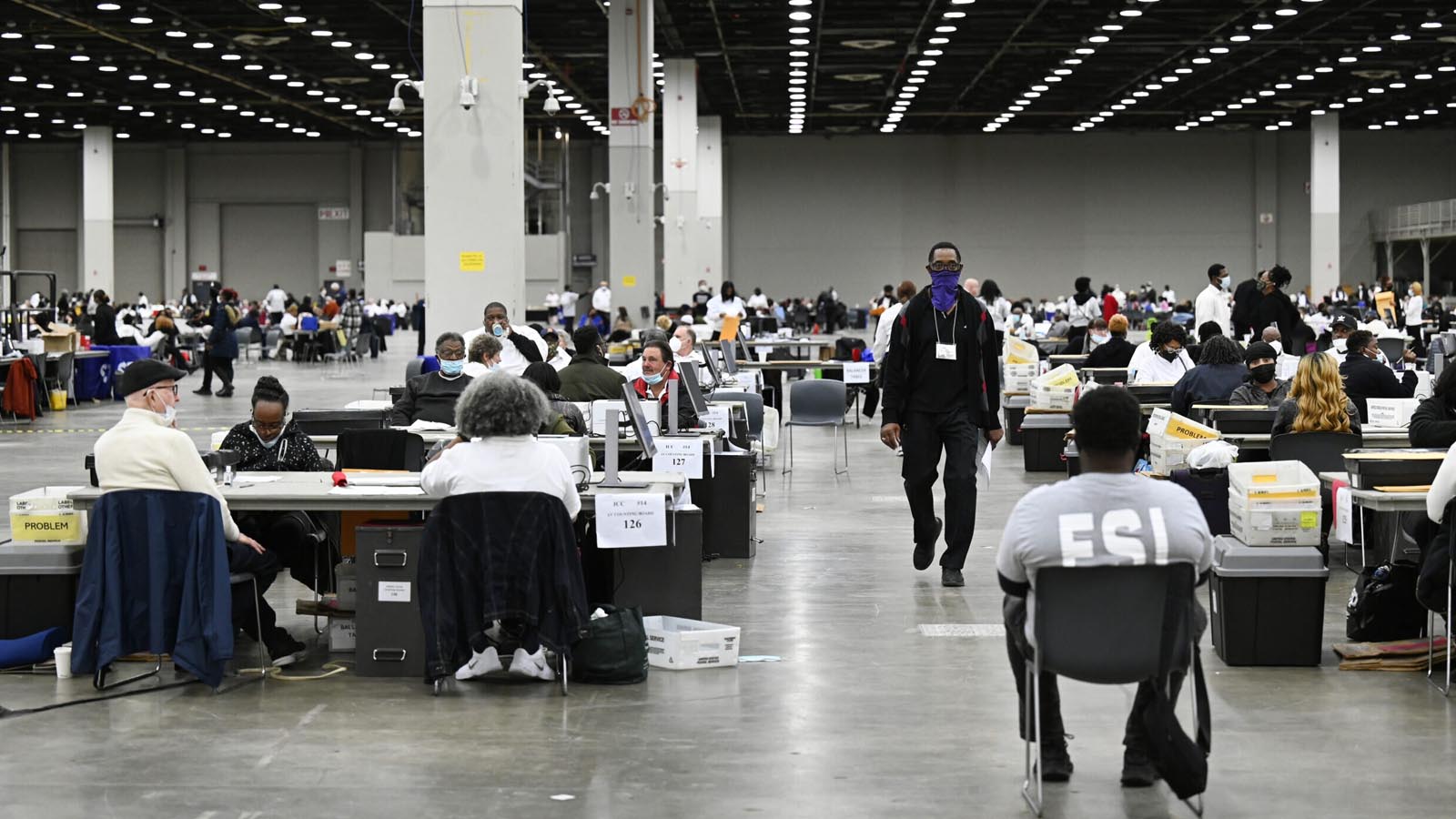 Philadelphia political consultant Rasheen Crews was arrested Wednesday and charged with forging signatures on nomination petitions so that he could get his Democratic clients on the ballot during the 2019 primary races in the city, Shapiro’s office announced.

“In advance of the 2023 municipal elections, this arrest is an important reminder that interfering with the integrity of our elections is a serious crime,” Shapiro said in a statement. “By soliciting and organizing the wide scale forgery of signatures, the defendant undermined the democratic process and Philadelphians’ right to a free and fair election. My office is dedicated to upholding the integrity of the election process across the Commonwealth, to ensure everyone can participate in Pennsylvania’s future.” 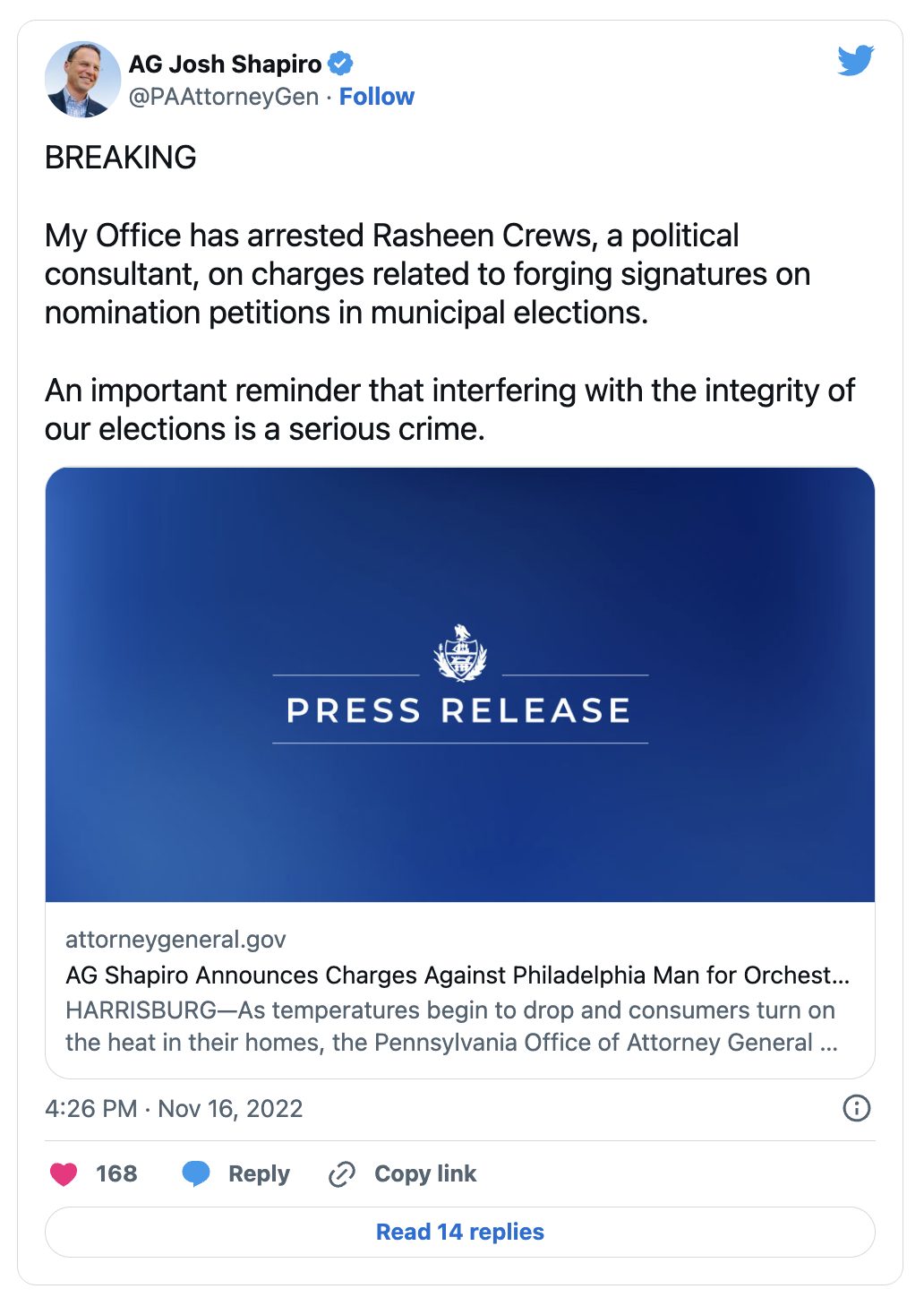 Authorities determined that several democratic candidates hired Crews to help them obtain the required amount of signatures needed to run in the primary races. Crews then allegedly recruited individuals who were invited to a hotel room where they were asked to write names, addresses and “forged signatures on multiple petitions.”

The petitions were then notarized and filed. More than 1,000 signatures were found to be duplicated, with “many names and addresses were found repeated on various petition pages” while some of the individuals who supposedly signed the petitions later said they never signed them.

One of the clients, Jason Rubin, told authorities he hired Crews to for petition work for $2,500.00. Rubin alleges he gave Crews the signatures he had gathered on his own, already notarized, and later noticed that at least “two of the pages had names added to the petitions, after the pages were notarized and given to Crews by Rubin,” the affidavit states.

Crews was charged with Criminal Solicitation to Commit Forgery and Theft by Failure to Make Required Disposition, according to Shapiro’s office.