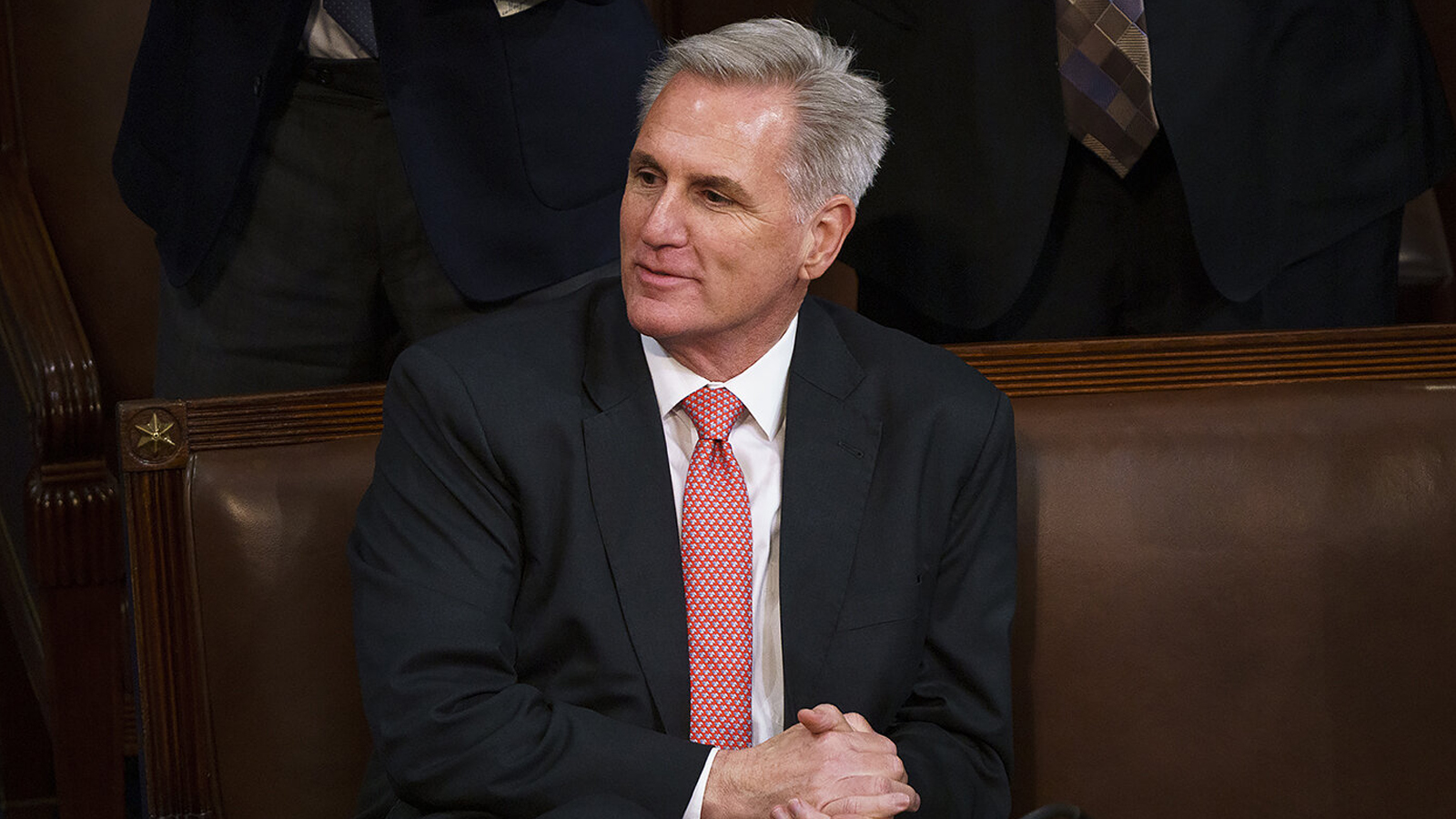 As we reported earlier, a bunch of the people who had been holding out against Rep. Kevin McCarthy (R-CA) for Speaker of the House flipped their vote to support him.

The people who flipped all used the same language when asked about why they flipped, indicating that they believed that they had negotiated in good faith and that there was a framework for an agreement in place; so they were voting for McCarthy, believing progress was continuing. Here’s a sample of the types of things there were saying, from Rep. Scott Perry (R-PA). 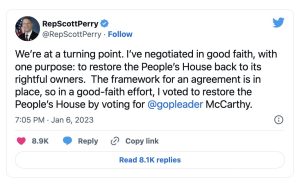 Bishop said: “The central details are known. This framework has a considerable amount of details. We’ve worked very hard to make sure it is achievable, that it has teeth and it is understood well.”

CNN listed what some of the “concessions” are believed to be.

Now, you know it’s CNN because they call good things “concessions,” when the points all add a lot for the American people. And I will note that since it’s CNN, we can’t guarantee that the list they have is right or complete, but it does tailor with some of what we’ve been hearing.

Among them are allowing just one member to call for a vote to oust the Speaker and creating a Church Committee to investigate the “weaponization” of the government.

A Church Committee 2.0 would be one of the tools to expose the unconstitutional "Domestic Political Activities of the Intel Agencies" surrounding 2020. The U.S. military has historically been opposed to the Covert Action authority of the CIA. pic.twitter.com/omlHF9H9c2

Those two things alone are incredibly important, and there are other good ones in there as well, like moving appropriations bills individually. How important is that, as opposed to the ridiculous omnibus things that no one reads? Caps on spending and tying debt ceiling hikes with spending cuts? All good. Could there be more? You bet.

Rep. Anna Paulina Luna (R-FL) also posted this, which basically matches up with the CNN list albeit expressed differently, except for the “Texas border” part and ending funding on the COVID mandates.

The big question of course is what guarantee do you have that a “framework” is going to ultimately be upheld? Are they voting them all into the rules right away?

There are still six holdouts, and McCarthy needs to pick up at two of them (depending on who is present at the time of the vote): Rep. Andy Biggs (R-AZ), Rep. Lauren Boebert (R-CO), Rep. Eli Crane (R-AZ), Rep. Matt Gaetz (R-FL), Rep. Bob Good (R-VA), and Rep. Matt Rosendale (R-MT).

The other possibility is if they wouldn’t vote “yes,” if they vote “present,” that equals “non-voting” and lowers the number needed for McCarthy to win–but without giving him a “yes.” I think they’re hoping they can break away Crane and Rosendale to at least vote “present.”

But we’ll see when the vote goes down.