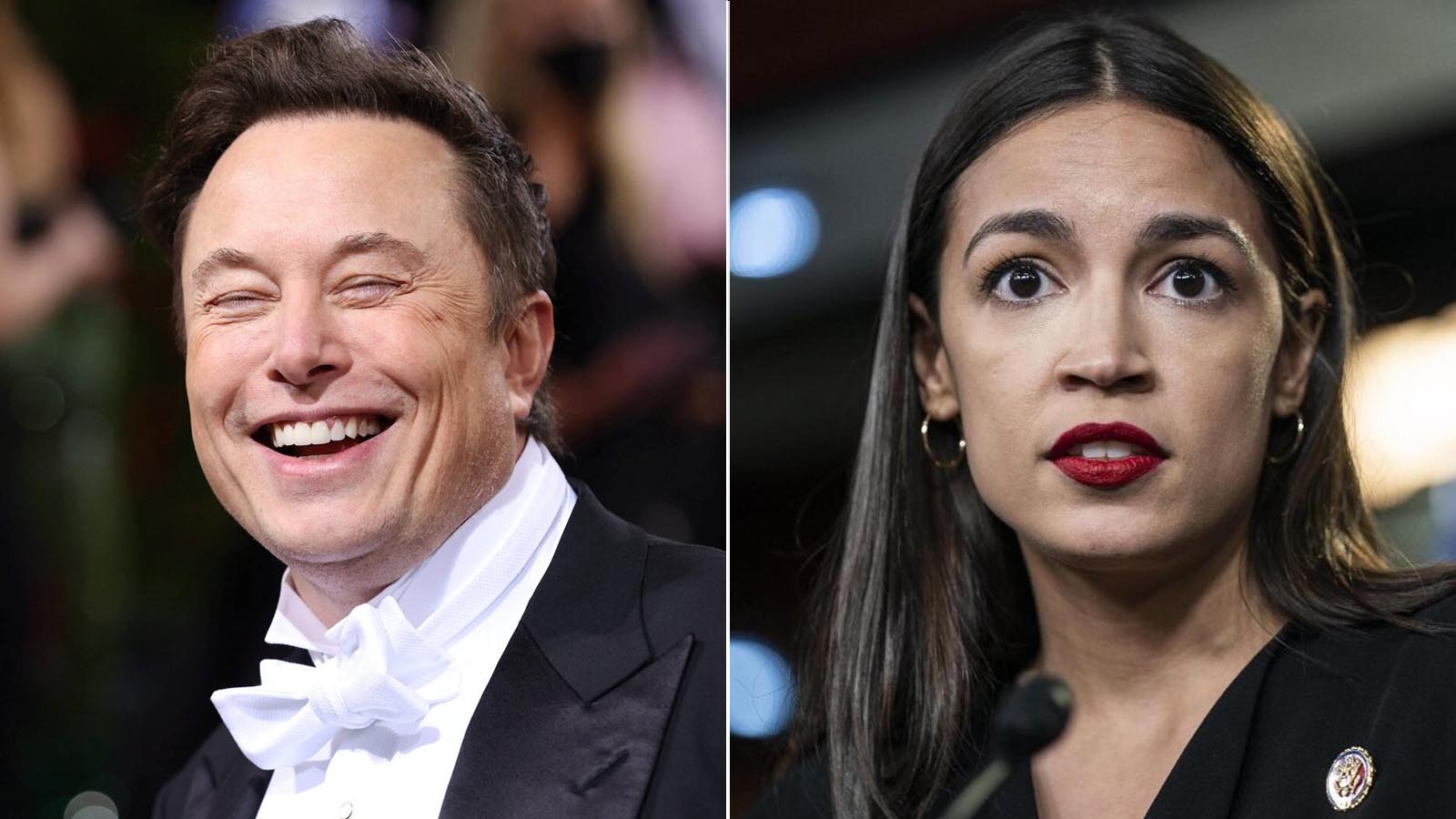 Elon Musk on Wednesday shot back at Rep. Alexandria Ocasio-Cortez, D-N.Y., after she ridiculed his plan to charge $8 a month for Twitter users to receive a verified blue check mark.

“Lmao at a billionaire earnestly trying to sell people on the idea that ‘free speech’ is actually a $8/mo subscription plan,” Ocasio-Cortez tweeted Tuesday, after Musk announced the overhaul. 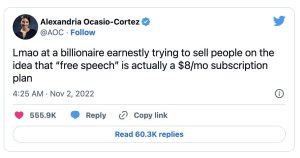 Musk responded to her tweet, telling her, “Your feedback is appreciated, now pay $8.”

Later Wednesday, he drew attention to a nearly $60 sweatshirt from Ocasio-Cortez’s website.

Musk, who took over Twitter last week after closing a $44 billion deal, has been assailed by users on all sides over his plan to charge $8 a month to be verified. Despite the criticism, he says the plan will remain.

“To all complainers, please continue complaining, but it will cost $8,” he said Tuesday. Musk has noted that basic Twitter will remain free to use, but accounts that pay to receive the blue check would get other benefits.

In a follow-up tweet, he poked fun at critics who thought $8 a month was too steep a hill to climb. The tweet appeared to target people who were willing to splurge on an overpriced Frappuccino but couldn’t handle paying $8 a month to be verified.

Musk agreed to buy Twitter for $44 billion in April, but it wasn’t until last Thursday evening that he finally closed the deal, after his attempts to back out of it led to a protracted legal fight with the company.

Musk’s lawyers are now asking the Delaware Chancery Court to throw the case out, according to a court filing made public Monday. The two sides were supposed to go to trial this month if they didn’t close the deal by the end of last week.