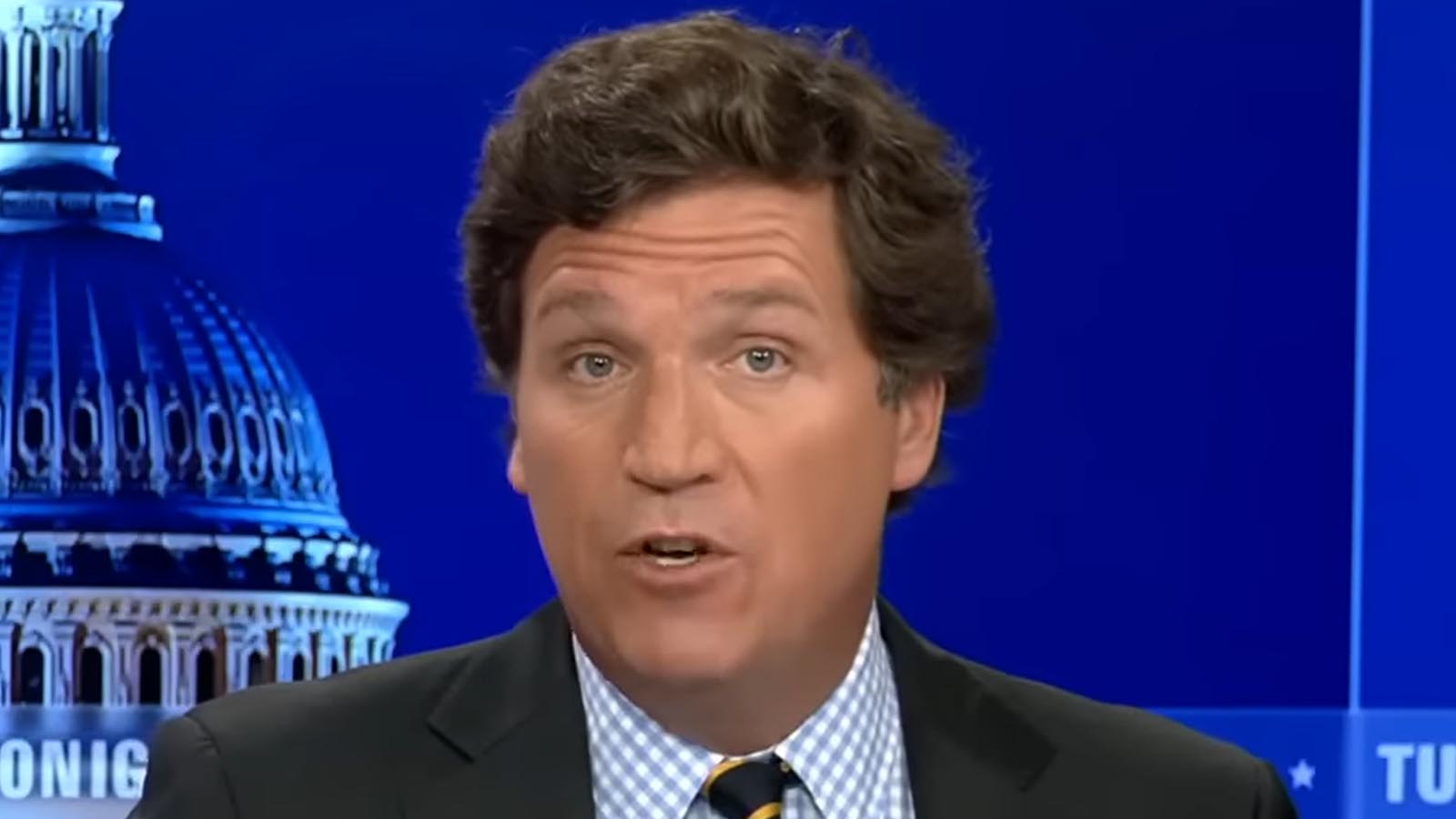 Fox News host Tucker Carlson on Monday pushed back against claims that the man accused of attacking Paul Pelosi Friday is a right-wing extremist.

MSNBC host Mika Brzezinski, for example, portrayed DePape as a tool of the right, in comments posted by The Wrap.

“Deranged right-wing fanatics, Trump-media allies and some of the most powerful people in the world were feverishly trying to stir up conspiracy theories that distracted from the central political headline of this story: that years of Republican propaganda and Trump-fueled fascism led 42-year-old David DePape to break into Nancy Pelosi’s San Francisco home, seemingly with the intent to harm her,” Brzezinski said.

“Are we to insist that this attack was not the direct result of the dangerous, violent rhetoric we have heard from Donald Trump’s Republican party over the last six years? The deranged man who violently assaulted Paul Pelosi got his idea from somewhere. Are we supposed to ignore the fact that threats against the House Speaker have been specific for quite some time?” she said.

In one 47-second clip posted to Twitter, Carlson summed up DePape by saying he “is a mentally ill, drug addicted, illegal alien nudist who takes hallucinogens and lives in a hippie school bus in Berkeley with a BLM banner and pride flag out front… What does this sound like to you?”

“[David DePape] is a mentally ill, drug addicted, illegal alien nudist who takes hallucinogens and lives in a hippie school bus in Berkeley with a BLM banner and pride flag out front… What does this sound like to you?”pic.twitter.com/edF0gYqKps

On top of those charges, San Francisco District Attorney Brooke Jenkins said DePape will be charged with state crimes of attempted murder, burglary, assault with a deadly weapon, elder abuse, false imprisonment of an elder and threats to a public official and their family, according to The Hill.

Carlson said the question of “who exactly is David DePape” may not be fully answered because “many in the media seem studiously uninterested.”

Carlson cited the work of reported Michael Shellenberger, who dug out some details Carlson shared.

“Apparently, DePape was camping full-time in a dilapidated Ken-Kesey-style school bus, complete with a gay pride flag out front and a sign that reads ‘Berkeley Stands Against Hate.’ Behind the bus hangs a BLM banner. So politically, this picture could not be clearer. You know where this guy stands,” Carlson said.

He said that more digging revealed DePape to be “a hallucinogenic drug enthusiast and a semiprofessional nudist. He often appeared at nudist theme events.”

He noted that San Francisco police have not released any information on any criminal history of DePape.

Carlson referenced a San Francisco Chronicle report on DePape in which his long-term girlfriend Oxane “Gypsy” Taub said DePape was at one time convinced that “he was Jesus for a year.”

“He has never been able to hold a job,” she said. “He has been homeless. This person really does suffer from mental illness and that is probably why he was there at 2 a.m.”

Carlson then offered his summation:

“So, to restate, the perpetrator in this violent crime against Paul Pelosi is a mentally ill, drug-addicted illegal alien nudist who takes hallucinogens and lives in a hippie school bus in Berkeley with a BLM banner and a pride flag out front. Take those uncontested facts and let them rattle around your brain for a moment until a recognizable pattern emerges. What does this sound like to you? If you guessed, this is obviously a textbook case of homegrown right-wing extremism, well, then, obviously, you’ve been watching a lot of cable news today,” he said.

”The bottom line is, ladies and gentlemen, the mentally ill, homeless, illegal alien, drug addict who lives in a painted school bus in Berkeley with the BLM flag is actually, despite all appearances, another member of Donald Trump’s QAnon army,” Carlson said.

Carlson then noted the reason for painting DePape as an agent of the right is pure politics, because “midterm elections are next Tuesday and Democrats are in trouble, and they believe the attack on Paul Pelosi might help them.”

“It’s hilarious and brazen and shameless and the second the midterms are over, they’ll stop, but the point is, as always, all the journalists got the same memo and they’re all running with the same memo, of course using exactly the same words,” he said.