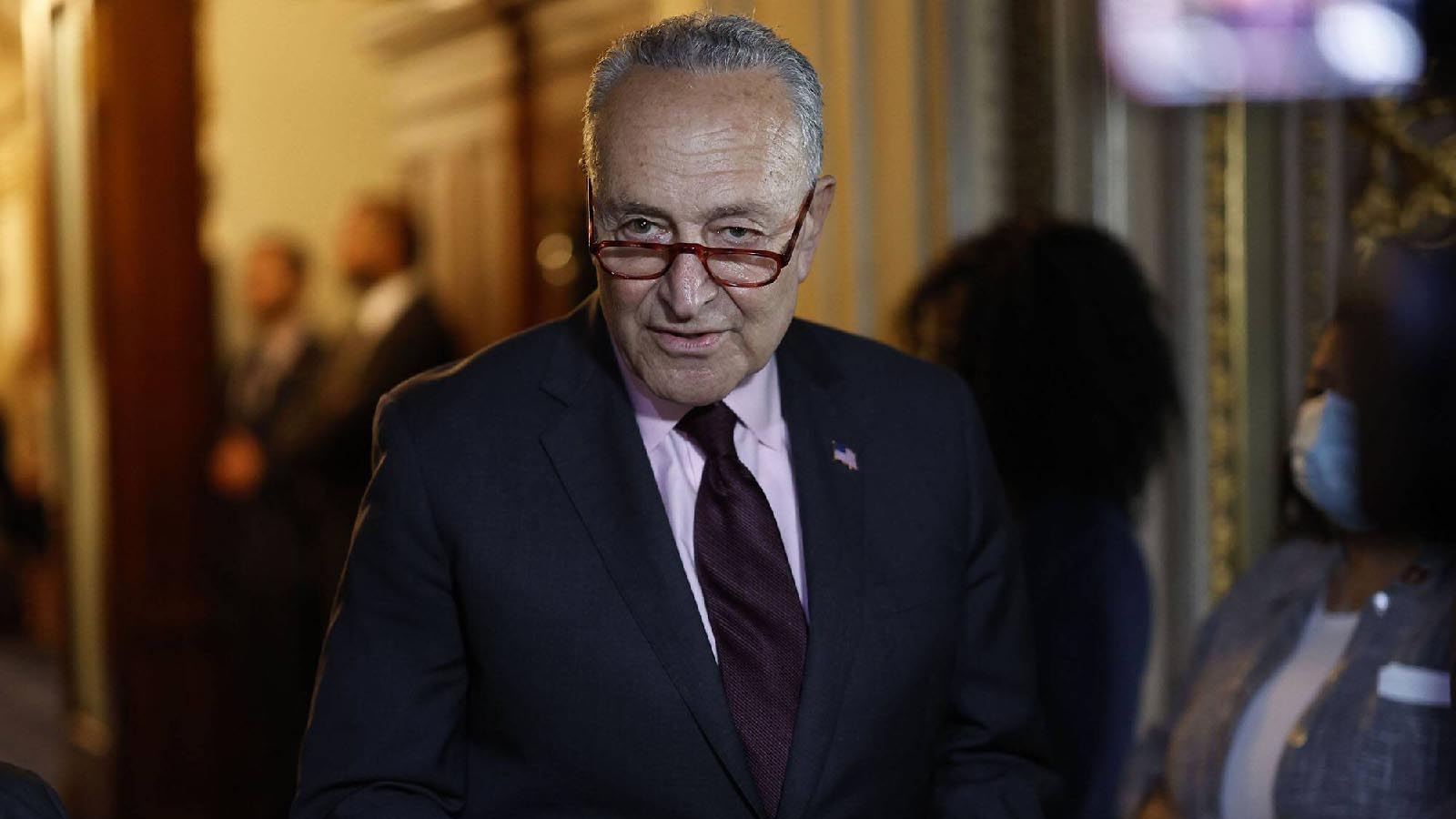 Senate Majority Leader Chuck Schumer (D-NY) revealed on Tuesday he had been invited to appear on “Tucker Carlson Tonight” so the host can interview Schumer about the letter he sent to Fox News blaming Carlson for the mass shooting in Buffalo, New York.

Despite the self-proclaimed white supremacist shooter not naming Carlson as an inspiration and expressing his hatred for Fox News, Schumer wrote to the head bosses at Fox News and News Corp to tell them to censor Carlson.

“For years, these types of beliefs have existed at the fringes of American life,” Mr. Schumer wrote in his letter about the “Great Replacement Theory,” according to the New York Times. “However, this pernicious theory, which has no basis in fact, has been injected into the mainstream thanks in large part to a dangerous level of amplification by your network and its anchors.”

Schumer said he declined to debate Carlson on his show.

.@TuckerCarlson invited me on his show tonight to debate the letter I sent to @FoxNews.

Amplifying racist lies and propaganda is simply not debatable.

It should have no place in America.

“Again, Chuck Schumer is a federal official. He is the leading Democrat in United States Senate and he is calling for media censorhip. There was a time 18 months ago that would have been considered a direct violation of the First Amendment. We hear it every day. ‘Let’s throw them in jail.’ We wanted to hear more from Chuck Schumer about this. Invited him on the show tonight as we always do but because he is a coward, this is the only media appearance and history has probably turned down,” Carlson said in response on his show Tuesday evening.