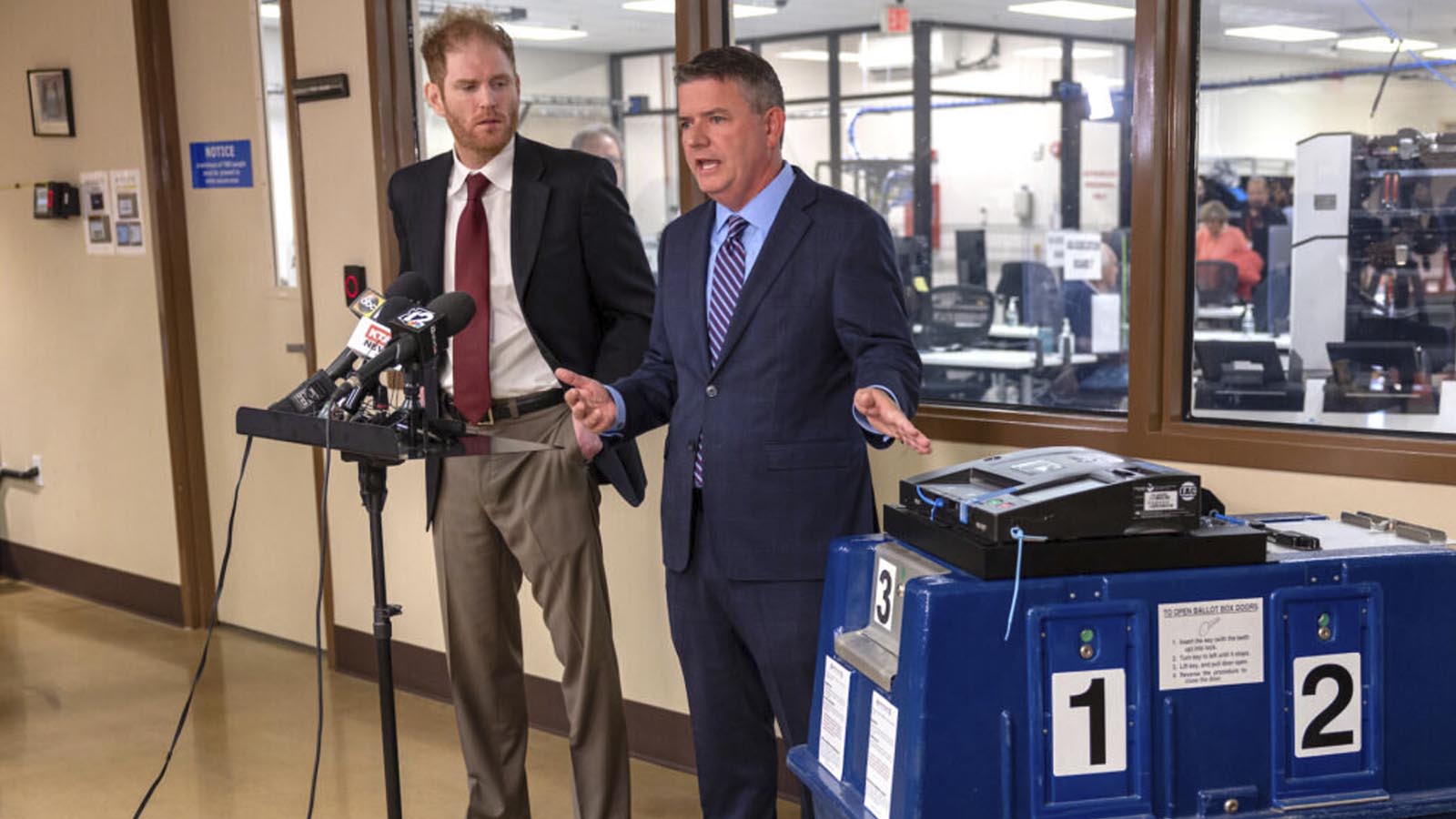 Bill Gates, chair of the Maricopa County Board of Supervisors, confirmed that he was moved to an undisclosed location for safety reasons amid security concerns in connection to the 2022 midterm elections.

While speaking on KTAR News 92.3 FM’s “Arizona’s Morning News” on Nov. 21, Gates noted that the condition hasn’t interfered with his work in the state’s election system.

“I’m not in hiding … but I’ll put it this way. When the sheriff suggests that I spend the night somewhere else, I do it,” Arizona’s top election official told the station.

Gates was asked on the show to describe what the incident has done to him and his family emotionally, and also if he’s considering leaving public office following threats of violence.

“I’ve been an elected official since 2009 and here’s the reality: You’re not going to make everyone happy,” he said. “I was elected and was privileged to be reelected by my constituents in 2020 and I’m going to continue to serve.”

Gates said disruption to his family “has been minimal,” adding that the issue has been “blown out of proportion.” He also underscored that the situation did not have any impact on his official duties.

“This isn’t about me at all. I’m going to be fine. My family is going to be fine. This is not impacting me doing my work on the election, or generally, any one of the 50 lines of business that we’re in at Maricopa County,” Gates said.

“Threats of violence should never be normalized, of course, and I am, in particular, more concerned with our elections workers who have been dealing with this … not only here in Maricopa County but, really, nationwide for the past two years,” he added.

Jason Berry, a Maricopa County spokesperson, told CNN that Gates moved locations after there was a specific threat made against him on an undescribed social media platform. He was under the protection of the Maricopa County Sheriff’s Office and stayed at the undisclosed location for just one night.

The incident occurred as the state’s most populous county has been criticized after widespread problems with ballot-tabulation equipment were reported on Election Day at approximately 70 of the county’s 223 voting centers.

A judge in Maricopa County who was asked to adjudicate an emergency motion (pdf) filed by the Republican National Committee (RNC), as well as GOP gubernatorial candidate Kari Lake and U.S. Senate candidate Blake Masters, said that the GOP did not “have evidence there was a voter who was precluded the right to vote” in connection to the tabulation problems.

Lake, a candidate backed by former President Donald Trump, criticized the way Maricopa County ran the Nov. 8 elections, proclaiming on Nov. 19 that she will become governor after the office of Arizona Attorney General Mark Brnovich demanded explanations about Election Day problems in the county.

On Nov. 19, Assistant Attorney General Jennifer Wright wrote to Maricopa County about printer problems on Election Day, which reportedly sparked confusion among voters and may have affected 17,000 ballots.

“These complaints go beyond pure speculation, but include first-hand witness accounts that raise concerns regarding Maricopa’s lawful compliance with Arizona election law,” Wright wrote. “Furthermore, statements made by both Chairman Gates and Recorder Richer, along with information Maricopa County released through official modes of communication appear to confirm potential statutory violations of title 16.”

Democrat gubernatorial candidate Katie Hobbs declared victory last week after The Associated Press and other news outlets called the race for her. Lake has not yet conceded in the race.