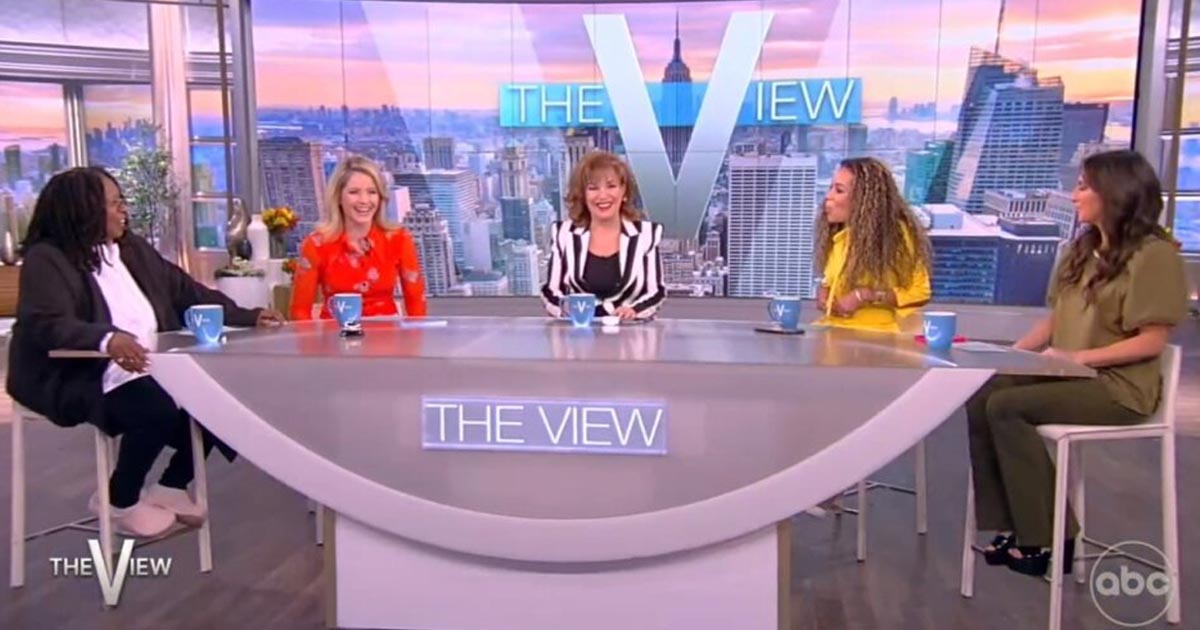 The crew at Newsbusters deserves a bottle of Woodford Reserve and maybe hazard pay for watching this miserable daytime show. Ninety-nine percent of The View’s commentaries can be tossed in the trash, but there are times when they drop a talking point so outrageous you must reel it in like a prize-winning marlin. There’s also a kernel of truth to this outlandish conspiracy theory they tossed out today to gauge how Democrats feel about Joe Biden’s classified document fiasco. If most Democrats felt that Russia hacked election machines in 2016—this tin foil hat theory would probably be accepted by more liberals than expected: the GOP planted classified materials to frame Biden:

On Thursday morning, news broke that the second batch of classified documents President Biden took when he was vice president was found in the garage of his Wilmington, Delaware home, next to his Corvette. And conspiracy theories flew around the set of ABC’s The View as the co-hosts whine about how these documents just appeared, with some apparent suggestions that Republicans were “behind” them getting into the garage and the President’s former office at the Penn Biden Center.

As they were whining about how the discovery of these documents could hurt the case against former President Trump, co-host Joy Behar shouted about how they appeared to apparate out of thin air. “You know what I think? I’ve never seen a luckier person than Donald Trump Just as we’re this close to getting him, somehow these documents appear!” she bitterly declared.

While the rest of the cast was in a bit of a panic and getting flustered by the development, co-host Whoopi Goldberg wanted them to calm down. “Let’s find out what this is first. Again, one of the things that gets me crazy is before we know, it’s already been spun a specific way,” she complained.

GOLDBERG: I want to see someone explain to me, “A,” how it’s possible that after all this time, nobody knew? Because to me, if you are missing classified information, I don’t mean to laugh, but in my house, if stuff is missing, I know it’s missing.

It’s hilariously entertaining but makes no mistake—the MSNBC crowd probably thinks this is true. They dare not say it out loud or on air, but lord knows what left-wing drivel tumbles out by the water cooler.

Joe Biden got busted for keeping classified materials at multiple locations—the latest being at his Delaware residence. They were kept in his garage. The White House uses fancy language to explain these occurrences, chalking these breaches as inadvertent misplacements, though we all know it’s gross incompetence.