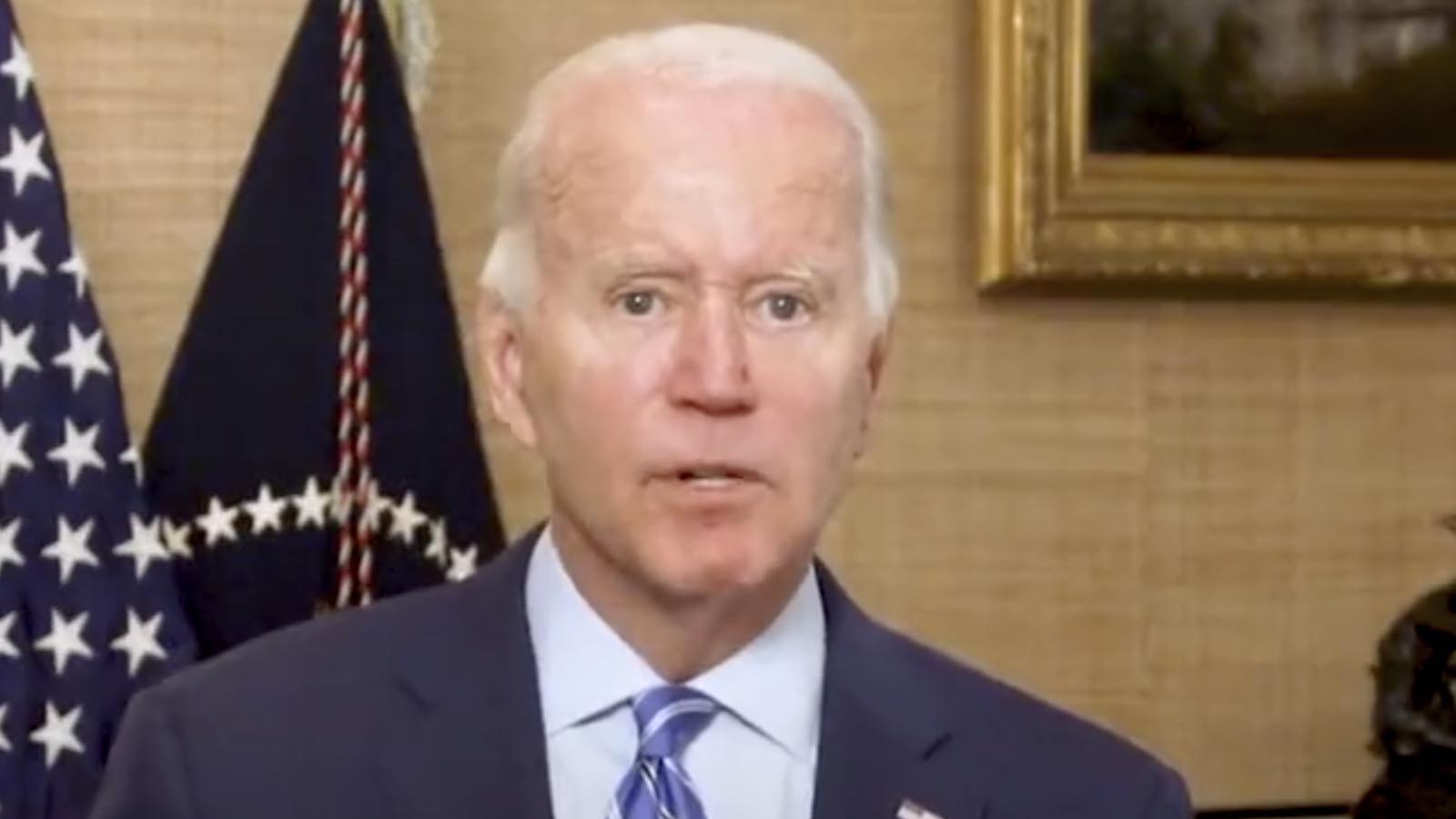 President Joe Biden is almost pretty much out of the woods when it comes to recovering from COVID-19, or so we’re told.

His symptoms are nearly “resolved,” though it’s worth reminding time and time again that the White House refuses to make Biden’s personal physician, Dr. Kevin O’Connor, directly available to the American people, instead insisting that letters will have to do.

“You can’t be pro-insurrection and pro-American.” — @JoeBiden

“You can’t be pro-insurrection and pro-American.” —@JoeBiden pic.twitter.com/ufJxWPruj4

The president has continued working throughout his diagnosis, which includes talking to the press and partaking in several video messages. A recent one truly has people talking, though. Not only does the president like and sound really tired and ragged, he doesn’t blink once throughout the whole message, which may be the most hostage-like video the White House has released.

Seriously, it’s painful to watch. Our friends at Twitchy highlighted some of the best reactions, while also asking if this was “a test of Disney’s new animatronic Biden” for the Hall of Presidents.

Such a message serves to relitigate the events of January 6, though Americans are far more concerned about everyday kitchen table issues as the midterms quickly approach, now just over three months away.

Biden continued to go after Trump, who gave a speech in Washington, D.C. earlier on Tuesday, with a series of tweets. This included, oddly enough, once more reminding voters of how desperately Biden wants to ban so-called assault weapons, which even fellow Democrats have acknowledged is not feasible.

Call me old fashioned, but I don’t think inciting a mob that attacks a police officer is “respect for the law.”

You can’t be pro-insurrection and pro-cop – or pro-democracy, or pro-American. https://t.co/iPtFrgVX5P

Here’s something else wrong with the ex-president’s record on crime: he opposes action on assault weapons.

These military-style weapons kill cops – and they kill school kids. We need to stop selling them in America.

Another video, this one close to a minute long, was posted to the president’s official Twitter account later on Tuesday. While the president does manage to blink throughout, it’s nevertheless bizarre in how he continues to try and take credit for modest decreases in gas prices, which still remain particularly high. Tellingly, though, the administration has refused to take blame for rising gas prices under Biden, instead blaming Russian President Vladimir Putin. Such is a narrative, though, that this gaslighting White House refuses to acknowledge though, not surprisingly.

A new report says my Administration’s actions have played a large part in making gas prices lower. And now those prices are coming down fast. pic.twitter.com/KxJzVLwfR5

The president’s video message left out some key details, such as how Biden depleted the strategic petroleum low to a historic low, as Katie highlighted earlier on Tuesday. There was a hint of truth in the video message, though, reminding Americans that the pain is the point, as Biden is predominantly prioritizing and has been prioritizing since before he was even in office being “focused on transitioning to a clean energy economy.”