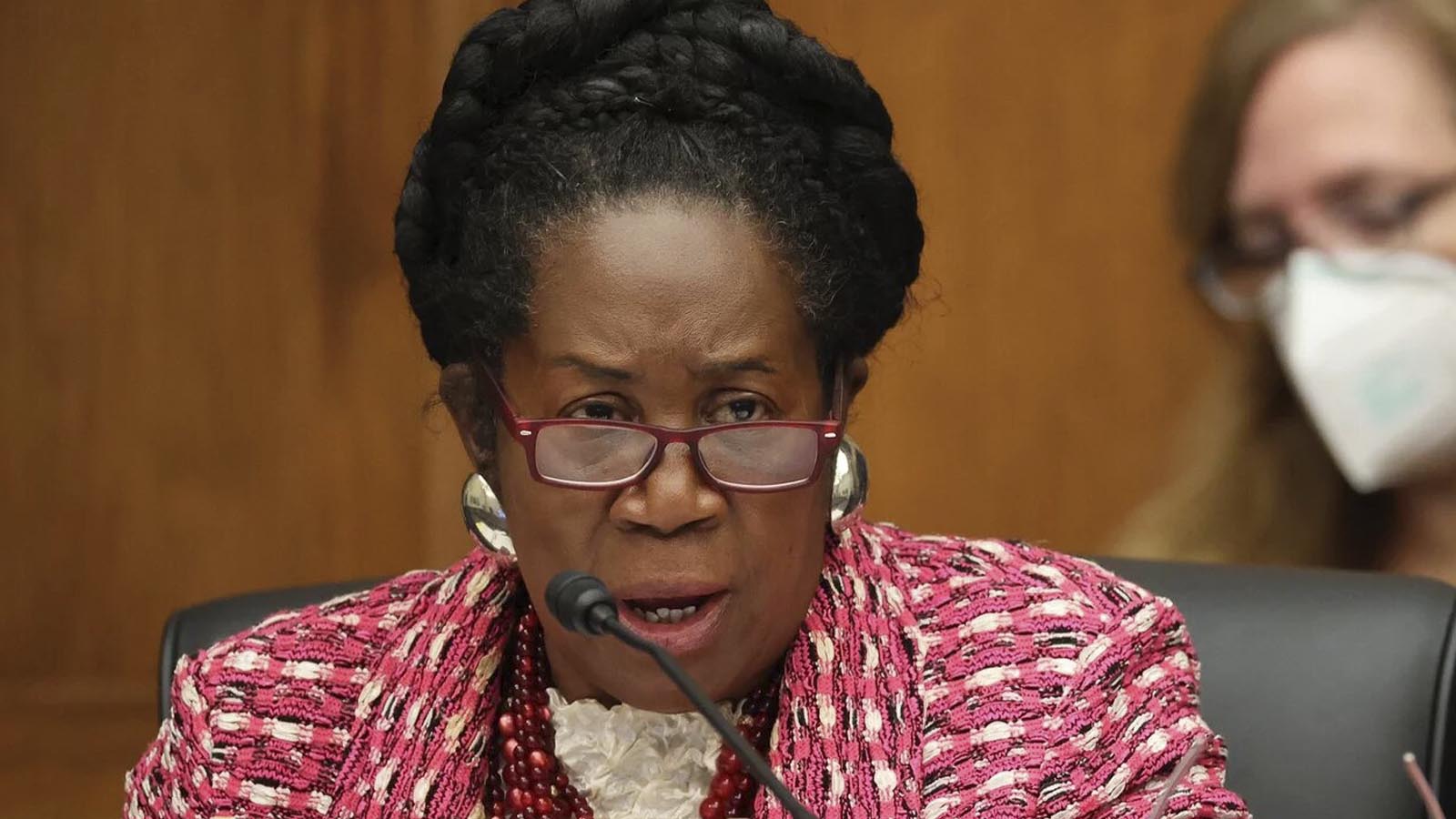 It may be MLK Day, but Democrats aren’t here for all that “content of character” stuff.

Rep. Shelia Jackson Lee, long in the running for being the vapidest member of Congress (oops, did I just commit a crime?), has introduced legislation that could make political criticism by white people against minorities a federal crime.

In what can only be called a convoluted mess, the bill proposes that a white person who “vilifies” any non-white person and has their words end up on social media, accessible by “persons who are predisposed to engaging in any action in furtherance of a white supremacy inspired hate crime,” would themselves be committing a federal crime. 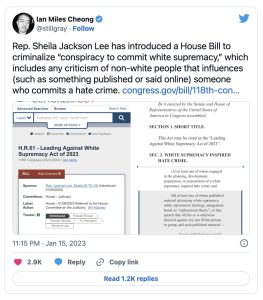 The provision is so broad that you could drive a Mack truck through it. What is a “white supremacy-inspired hate crime” under this statute? How is “replacement theory” defined? Because what Democrats call “replacement theory” as a way to silence Republicans is often not replacement theory at all but is just a reiteration of Democrat-admitted aims to use immigration to influence elections.

Further, the use of “or” in section (B) is important because it leaves “vilifies” as a stand-alone qualifier. What is the limiting principle there? If I post on social media that Shelia Jackson Lee is an incredibly ignorant, abusive person who has a long history of treating her staff like dirt, does that mean I’ve “vilified” her under this proposed law? It would certainly seem so.

Then there’s the conspiracy angle to deal with. It does not appear that there’s actually any requirement that the “two or more persons” targeted under this statute have any real connection to one another. If someone commits a “white supremacy-inspired hate crime” against a person and I’ve likewise been politically criticizing that same person on social media, even justifiably, I would have now committed a federal crime myself.

This law, if it were to pass, would be used to quash valid political criticism against any non-white person or group (the Black Lives Matter organization, for example) because such criticism could leave those levying it liable to federal charges. Forgetting that such would be a blatant breach of the First Amendment, it also exposes a wild totalitarian desire by Lee and those who think like her.

And that’s exactly why Majority Leader Kevin McCarthy should put it up for a vote. Put this ridiculous, reductive garbage on the floor, and make every Democrat go on record.