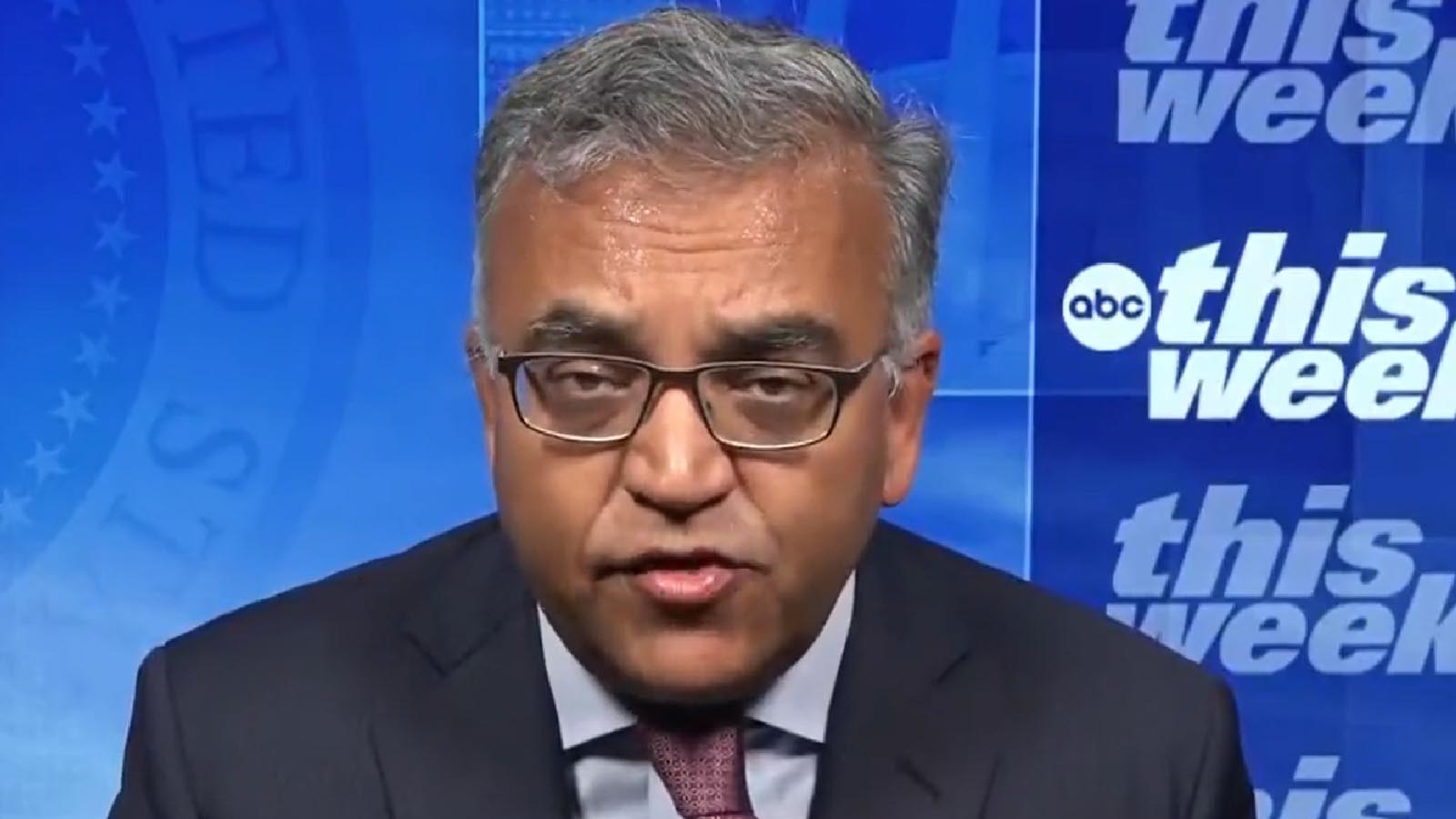 During his Sunday morning appearance on ABC’s “This Week,” Dr. Ashish Jha, the dean of the Brown University School of Public Health and the White House Coronavirus Response Coordinator, spoke of an expected surge of Wuhan coronavirus cases for the coming fall and winter.

In other words, the surge is expected to come right before the November midterms.

The White House is planning for a possible fall surge by ensuring both a “new generation” of vaccines and access to treatment and testing, but Congress needs to pass the funding first, Dr. Ashish Jha tells @MarthaRaddatz. https://t.co/0iO7RRqvmt pic.twitter.com/Qv1Gg9syRt

When asked by host Martha Raddatz about the expected surge, Dr. Jha explained they are indeed “planning for a variety of scenarios including a wave of infection this fall and winter,” which he used as an opportunity to push “making that sure we have a new generation of vaccines that are being worked on right now, that we have availability of treatments and testing, and we have the resources.”

Like President Joe Biden has done, Dr. Jha also made a push for Congress to pass funding against the virus. “By the way, one of the reasons I’ve been talking a lot about the need for Congress to step up and fund this effort, is if they don’t, Martha, we will go into the fall and winter without that next generation of vaccines, without treatments and diagnostics,” he warned. “That’s going to make it much, much harder for us to take care of and protect Americans.”

When it comes to funding, Americans don’t seem to be as worried as the administration. According to an Axios/Ipsos Coronavirus Index released last Wednesday, the numbers are pretty evenly split, but the smallest amount, at 31 percent, say funding is not enough. A plurality, at 35 percent, say it’s the right amount, while 33 percent say it’s too much.

Raddatz, in questioning Dr. Jha, referenced a report from The New York Times. A piece last updated on Thursday takes on a grim tone, even when it comes to the title, “Biden Health Officials Warn of Substantial Increase in Virus Cases.”

The president’s stance could backfire if the virus’s latest surge continues to build, evading the vaccines and making more people seriously ill. Should that happen, it could look like a repeat of last summer, when the president declared “independence” from the virus ahead of the July 4 holiday, only to see massive waves of illness and death once the Delta and Omicron variants hit.

Experts say that administration officials — including the president — should also be doing a better job of preparing the public for a reinvigorated virus in the fall and winter, when people spend more time indoors. If people become complacent now, they say, forgoing booster doses or failing to vaccinate their children, they could pay a price then.

“The attitude is, ‘We’ve got this, we’re over it.’” said Dr. Eric Topol, a professor of molecular medicine at Scripps Research in San Diego. “People should be gearing up, they should be getting booster shots. But there is no awareness.”

If the pandemic appears to be a lesser concern, that also makes it harder for the White House to make the case that it needs tens of billions in new funding from Congress to replenish its supply of tests, treatments and vaccines in time for the fall. The administration has said it wants to launch a booster campaign at that point, hopefully with vaccines retooled to work better against the latest version of the virus.

At the White House briefing, Dr. Ashish Jha, the new White House coordinator of the pandemic response, warned that if Congress failed to grant the administration’s request for $22 billion in new Covid funding, Americans would suffer come the fall.

Another takeaway from Dr. Jha’s appearance on the program, and from the report, is a potential return to indoor masking. Emphasis is added:

Dr. Rochelle P. Walensky, the director of the Centers for Disease Control and Prevention, said that the seven-day average of hospital admissions from Covid rose 19 percent over the previous week. About 3,000 people a day were being admitted with Covid, she said, although death rates, a lagging indicator, remained low.

More than 32 percent of Americans now live in counties with medium to high levels of virus transmission, compared with about 24 percent the previous week. Dr. Walensky said that local leaders and individuals in those regions should adopt — or at least consider — prevention strategies, such as masking in indoor public settings and more frequent testing.

Raddatz and Dr. Jha made reference to New York City Mayor Eric Adams, who refrained from re-imposing an indoor mask mandate, though he did say they are “urging New Yorkers, while you’re in indoors, in large settings, social settings, wear your masks.”

Dr. Jha repeated such a directive. “I agree with Mayor Adams that, when you’re in an indoor space, you should be wearing a mask. I feel that very strongly, that in crowded indoor spaces, in places with high transmission, people should be doing that,” he advised.

It was not mentioned by either Raddatz or Dr. Jha that Mayor Adams has ordered the forced masking of toddlers.

Even the likes of Raddatz, Dr. Jha, and Adams acknowledged that Americans seemed to have moved on with treating the pandemic as a crisis, and appear ready to move on.

According to that same Coronavirus Index, 31 percent say the pandemic is over, which is largely driven along partisan lines. A strong majority, at 71 percent, do say that while the pandemic is a problem, it’s manageable. Just 14 percent say it’s a serious crisis.