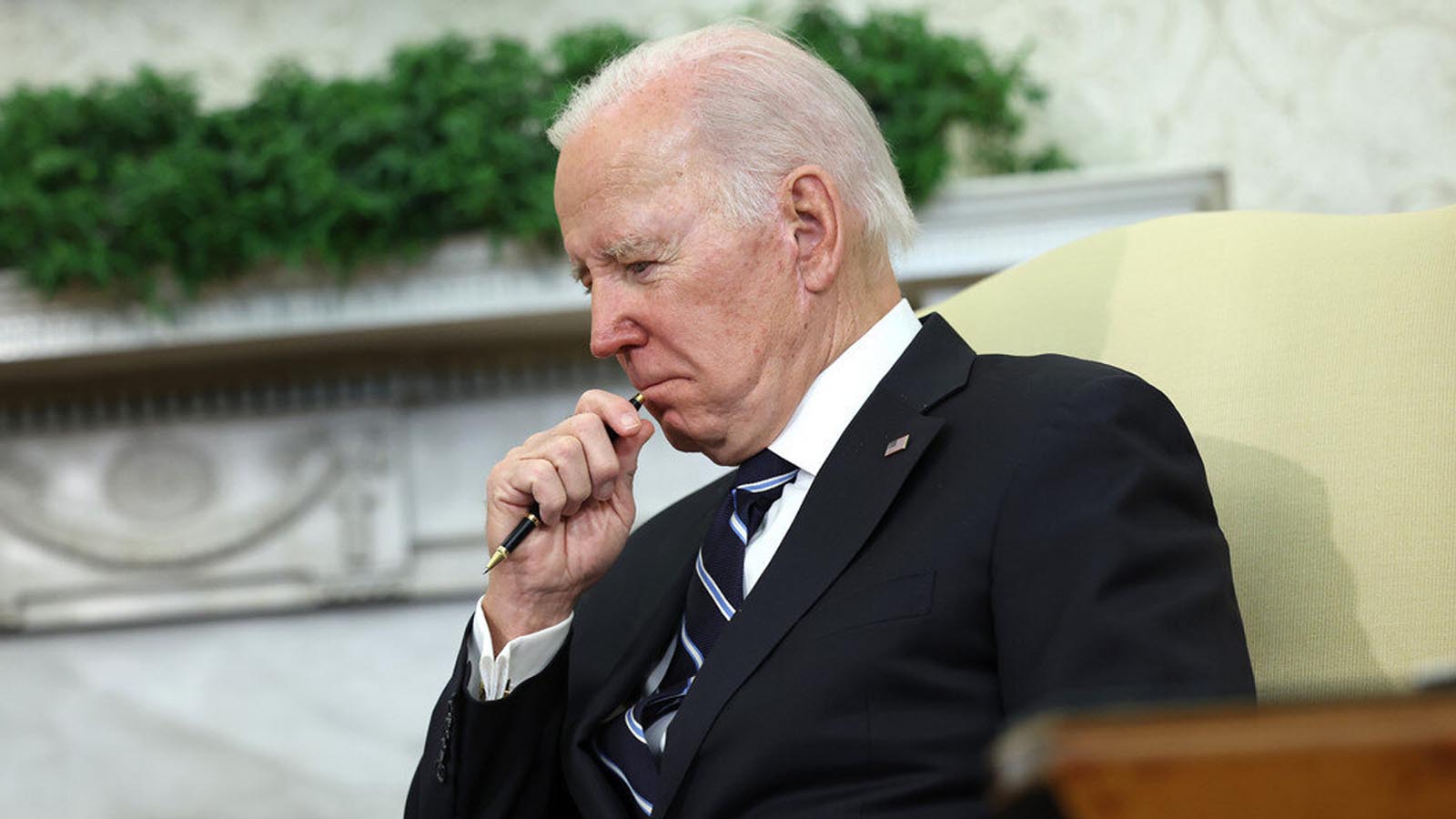 The White House Counsel’s office has responded to a request by Rep. James Comer (R-KY) for visitor logs to the president’s home where classified documents were discovered.

“Given the serious national security implications, the White House must provide the Wilmington residence’s visitor log,” Comer, chairman of the House Oversight Committee, wrote to White House chief of staff Ron Klain on Sunday. “Without a list of individuals who have visited his residence, the American people will never know who had access to these highly sensitive documents.” 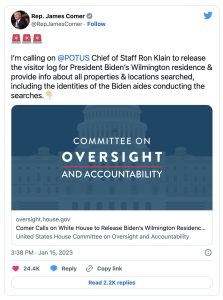 In a response on Monday, the White House counsel’s office said it’s not customary to keep a visitor log for a president’s private residence.

“Like every President in decades of modern history, his personal residence is personal,” the White House Counsel’s office told Fox News Digital in a statement. “But upon taking office, President Biden restored the norm and tradition of keeping White House visitors logs, including publishing them regularly, after the previous administration ended them.”

Last week, Attorney General Merrick Garland appointed a special counsel, former U.S. attorney Robert Hur, to investigate the president’s mishandling of classified documents. At least two batches have been found at his residence in Wilmington, and one at his private office at the Penn Biden Center in Washington, D.C.

While no visitor log exists for the home, Hunter Biden listed his father’s Wilmington home as his primary residence in 2018 and 2019. It’s unclear who else may have had access to the home.

When asked about it, Biden dismissively said the documents were in a locked garage along with his Corvette. “It’s not like they’re sitting out in the street,” he told reporters.