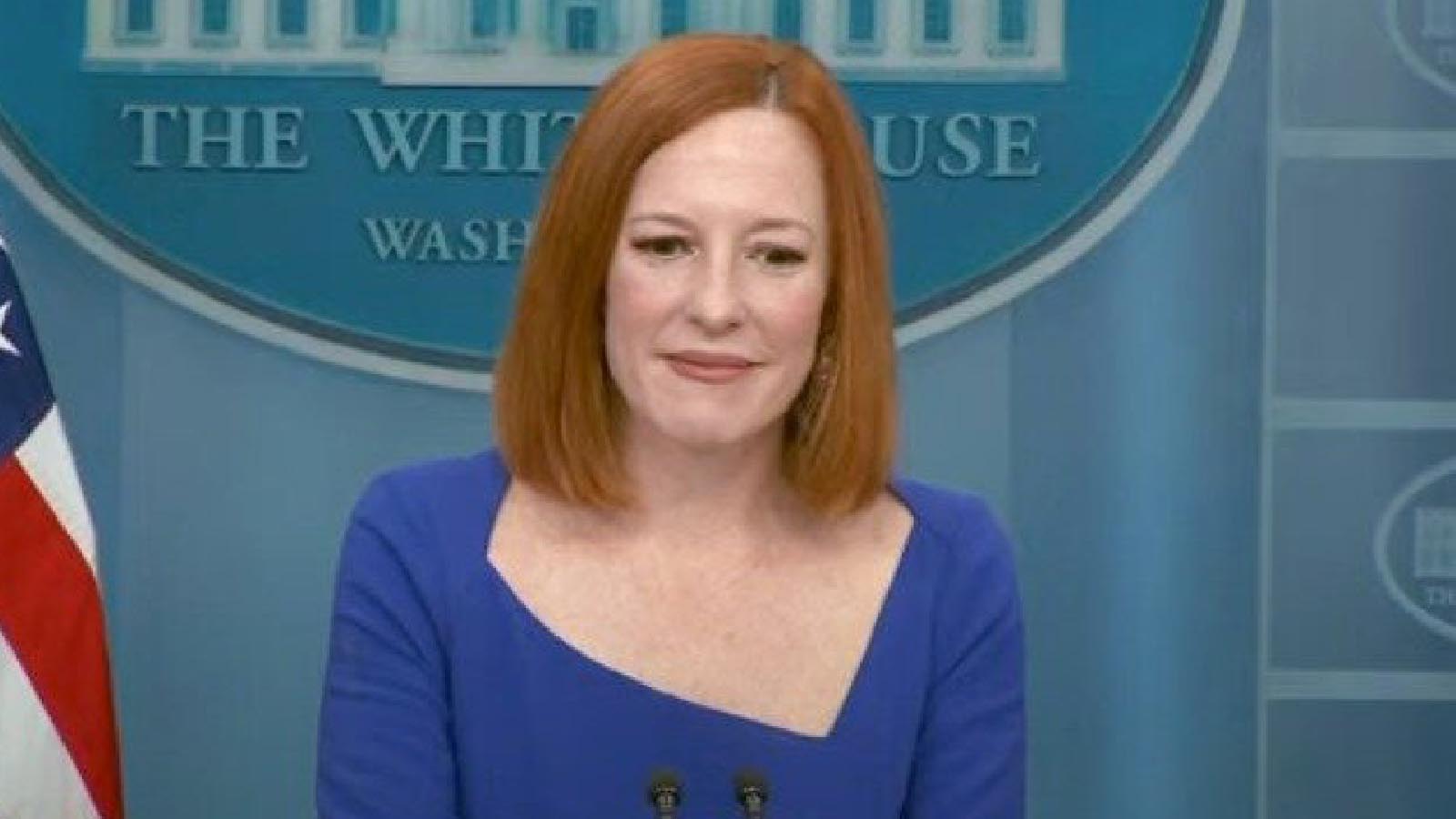 Jen Psaki’s final White House press briefing featured tearful goodbyes, a handful of guests, and repeated heckling from a reporter in the room.

Psaki, who also served as communications director in the Obama White House, is leaving the Biden administration after over 15 months, which saw her brief reporters 224 times in the White House’s James Brady Press Briefing Room or aboard Air Force One. She is expected to join NBC News in the fall.

She was joined Friday by Kansas City, Missouri, Mayor Quinton Lucas and Detroit Police Chief James White, and she kicked off the hour by joking that it wouldn’t be a Friday briefing “without a few guests.”

After White’s and Lucas’s remarks, Psaki read off a litany of “toppers” regarding President Joe Biden’s schedule and a variety of administration announcements before directly addressing her departure.

“I wanted to start with a series of thank yous, and I promised myself I wasn’t going to get emotional,” she continued. “I want to say thank you to the president and the first lady. He entrusted me in serving in this role for the last 15 months, and I talked about this a little bit before during my first conversation with them, which was in November of 2020 after the election.”

Psaki, who repeatedly said she wasn’t going to cry, proceeded to thank the “family” of Biden officials, the rest of the White house press team, and even the White House press corps “for the work every day you do to make this country stronger, and I am very grateful for all of you as well.”

Following her goodbyes, one reporter immediately began pressing Psaki to take questions from “across the room” and accusing her of avoiding certain reporters for “the past 15 months.”

The reporter continued to shout over questions asked by the Associated Press and ABC before Psaki snapped that he needed to “respect” the other people in the room.

“No,” another reporter added. “Not today.”

“After a year of promising to circle back and leaving more questions than answers, Jen Psaki will no longer put spin on Biden’s record of failure from the White House podium,” RNC press secretary Emma Vaughn wrote. “Her new employer encourages it daily. Perhaps Joe Biden’s first press interview in more than 90 days will be with Jen at MSNBC.”

You can watch Psaki’s entire final briefing below.

You can dislike Psaki, unwritten rules (ex. AP first), or the people there, but it's still wrong pic.twitter.com/N1dX8LXBIm