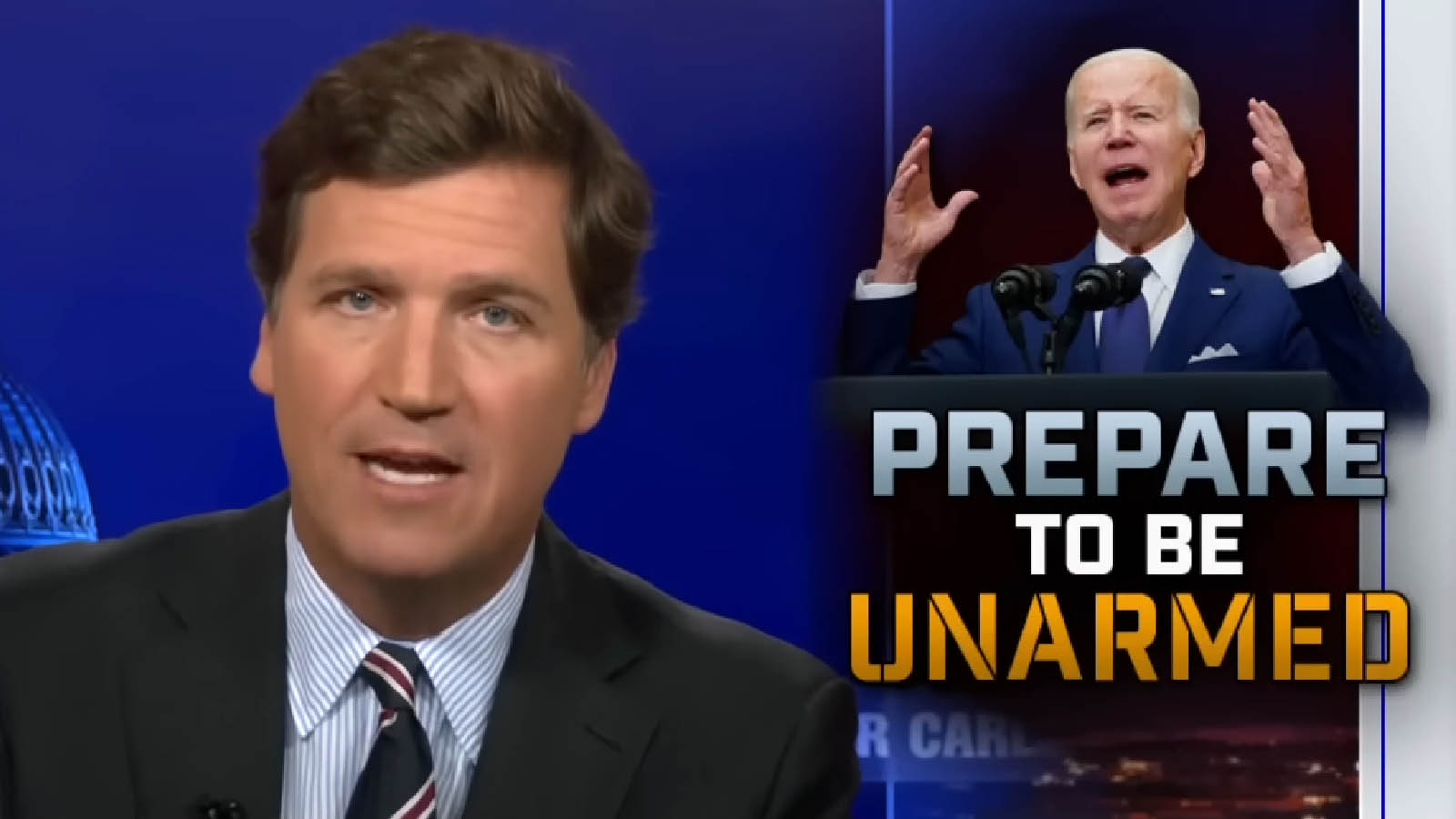 Responding to Joe Biden’s announcement that he intends to institute unprecedented gun control laws, Tucker Carlson warned that the intention is to disarm those who didn’t vote for him.

“This is about saving the children, Joe Biden just told us, but how many lives would this new law save?” Carlson asked.

“Well, we know the answer. Zero. Not one,” Carlson ciontuned, explaining “We know that because there’s precisely no evidence at all and never has been that larger magazines somehow inspire mass shootings. But of course saving lives is not the point of this.”

“Disarming you is the point,” the host further urged.

Carlson even used the example of Biden’s own son being accused of lying on a federal firearm background check, which is a felony.

“If you’re at all confused about whether the effort here is selective, if this is enforcement only of certain people, you’ll notice the President never mentioned the apparent federal gun felony his own son committed when he lied on a federal background form when he bought a handgun,” Carlson asserted.

The host went on to note that “facing almost certain defeat for his party in the midterm elections five months from now, Joe Biden has become desperate. He’s decided to leverage the murder of nineteen children in Texas last week for political advantage.”

He continued, “To summarize the President’s remarks tonight, your constitutional rights are not absolute but in taking them away, we’re not actually taking away your rights we’re protecting children to which you might ask, am I a threat to children? That question is never answered by the President.”

“The point of this, of course, is to disarm people who did not vote for Joe Biden, and that is why simultaneous with this, this effort to recategorize the guns in your closet as felonies, Democrats have been failing to prosecute gun crimes in our cities where most of the crime is,” Carlson further declared.

“Biden’s fellow Democrats and the House of Representatives spent the day debating ways to disarm you, Americans who have committed no crime at all and want only to protect themselves and their families,” Carlson concluded.