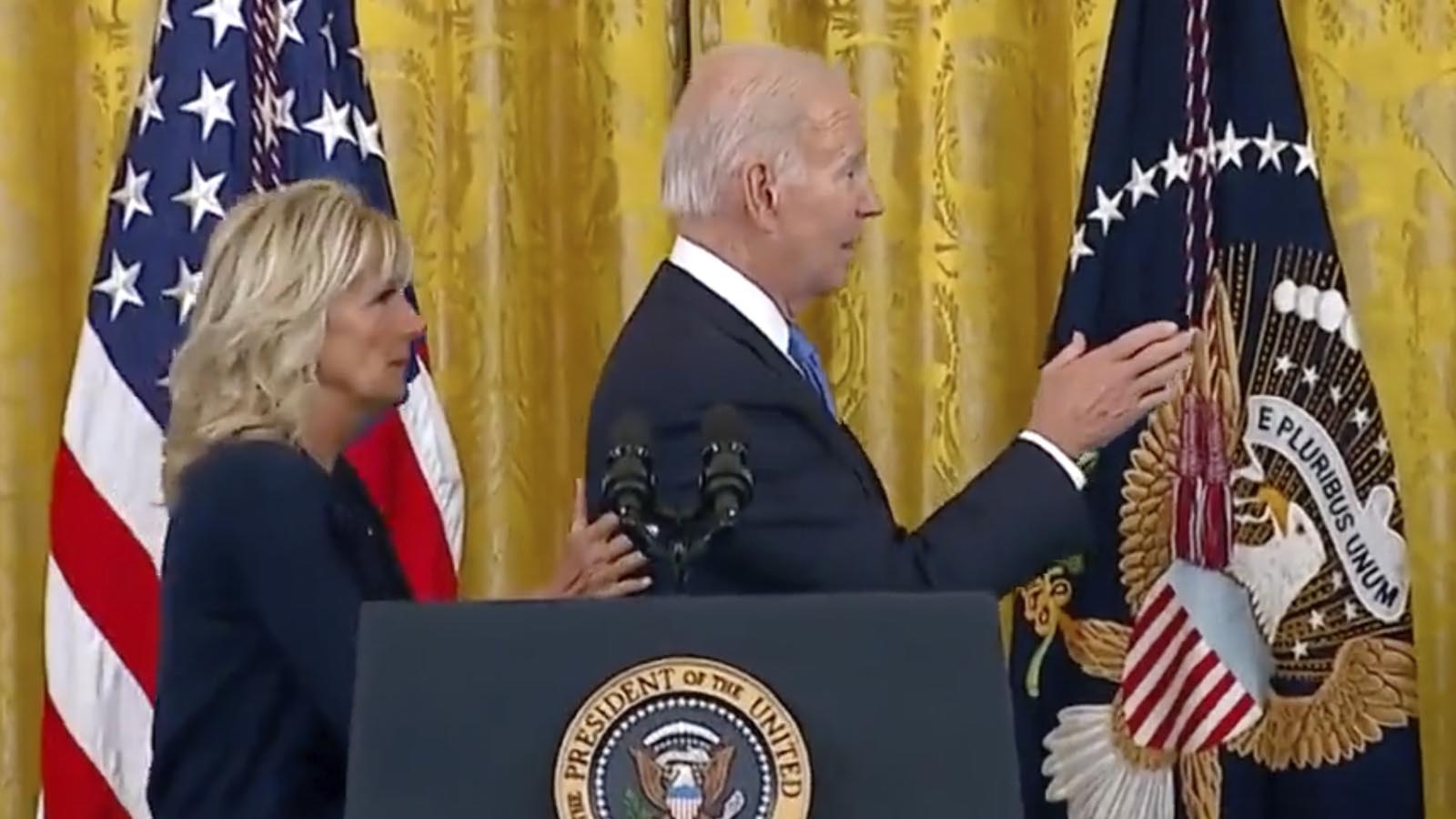 We’ve reported about how Joe Biden seems to be frequently lost, to not know where he’s going after he makes remarks; that frequently his wife has had to lead him off the stage. On Thursday, we saw him delivering remarks about Hurricane Ian from the FEMA headquarters. But at the end of the remarks (his wife wasn’t there), he suddenly turned off to his right and wandered off as the FEMA Director called after him and DHS Secretary Alejandro Mayorkas looked worried and surprised. The handlers had to chase after him and pull him out of the staff area.

Now, not only is he getting lost, but it’s becoming more and more apparent and it looks like they know they can’t keep it in check anymore.

During an event at the White House on Friday for Rosh Hoshanah, Biden lied about President Donald Trump saying there were “good people on both sides,” suggesting that he was saying the neo-Nazis were good. It’s truly vile of him to continue that lie after three years, particularly during such a holiday.

As we noted, he also made remarks about going to shul more than some Jews did. I also found it intriguing that they are putting a mark on the floor for him to know where to stand. You can see him looking for it on the ground at the beginning of this video.

Jill delivered remarks. Then Doug Emhoff (who is a better speaker than Jill, Joe, or Kamala) spoke.

But after Joe Biden finished his remarks, he seemed confused and delayed leaving the stage. Jill looked testy when he asked her something, and she said, “No.” Then reporters began shouting questions and Biden seemed to point at something. That’s when Jill looked worried — perhaps not wanting him to answer any questions– and started pushing him off the stage. You could also see both Kamala Harris and Doug Emhoff looking like they didn’t know what to do with Joe. Emhoff pointed off stage for Joe to know which way to go.

We’ve seen how much he seems to be deteriorating. But you know it’s getting worse when the handlers like Jill seem to be fraying at the edges now as well. She doesn’t look at all happy in her position. Even Kamala and her husband looked uneasy here. Everyone knows there’s an issue. Imagine how wearying it must be to wonder, “What will Joe do next?” and how they might have to head it off. But they’re the ones who put us all in this position of having someone in this condition in office. I don’t feel sorry for them, I feel sorry for us now having to deal with the consequences of having him in this position and hurting Americans so much. Unfortunately, it’s only going to get worse.