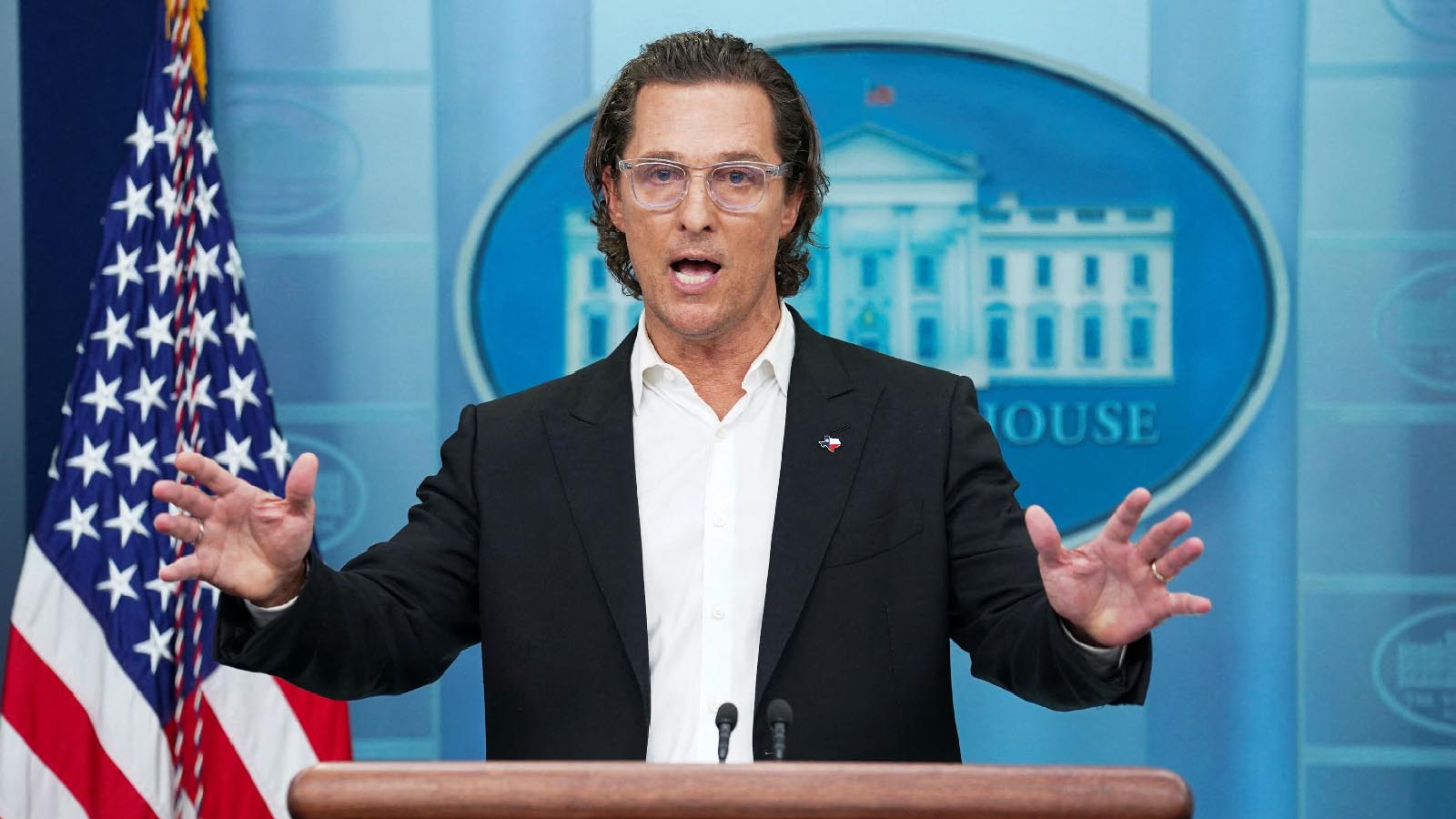 Actor Matthew McConaughey appeared at the White House press briefing on Tuesday, endorsing a series of gun control proposals that coincided with some of President Joe Biden’s radical agenda.

“As I said, this moment is different,” McConaughey said while appearing at the White House press briefing room. “We are in a window of opportunity right now that we have not been in before. A window in where it seems like real change — real change can happen.”

McConaughey said he spent time with the victims and families of the mass school shooting in his hometown of Uvalde, Texas last week that killed 19 children and two adults.

“How can the loss of these lives matter?” McConaughey asked reporters. “While we honor and acknowledge the victims, we need to recognize that this time, seems like something else is different.”

McConaughey grew emotional as he shared the stories of the children who were shot and killed during a mass shooting at an elementary school at his hometown of Uvalde, Texas, at points tearing up and slapping the podium.

He specifically called out the AR-15 rifle for mutilating the bodies of the children leaving them “not only dead but hollow.”

McConaughey said he was bringing a message from the people of his hometown.

“We want secure and safe schools and we want gun laws that won’t make it so easy for the bad guys to get these damn guns,” he said.

“Responsible gun owners are fed up with the Second Amendment being abused and hijacked by some deranged individuals,” he said, calling more gun laws a “step forward” to protecting gun rights.

“We are not as divided as we’re being told we are,” he insisted, calling for some “middle ground” on the issue of gun control.

“This should be a non-partisan issue,” he said.

He criticized political figures in Washington, DC for failing to rise above their political calculations and demonstrate “real courage” to support gun control laws.

“We got take a sober, humble and honest look in the mirror and rebrand ourselves on what we truly value,” he said.