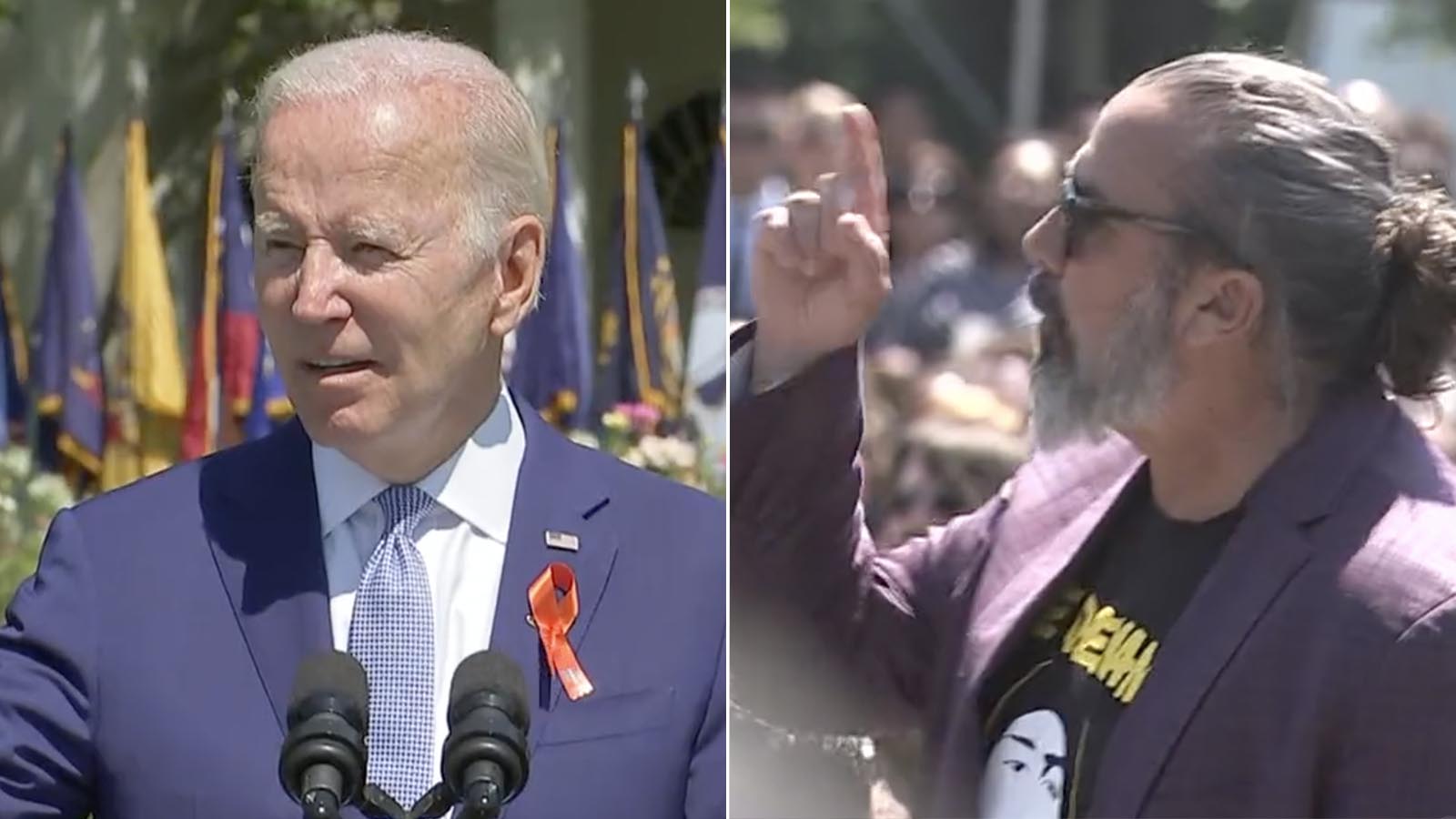 President Joe Biden was interrupted by a protester during a Monday speech touting the Safer Communities Act.

This wasn’t a pro-Second Amendment protester.

Rather, the man who interrupted Biden’s speech chastised him for failing to do enough to advance gun control.

Biden told the protester to sit down when he rose and spoke during the White House speech, only to immediately tell the crowd to “let him speak.”

President Biden to protester: "Sit down. You'll hear what I have to say." pic.twitter.com/FZvMZoLam5

Manuel Oliver, a man whose son was killed in the Marjory Stoneman Douglas High School mass shooting in 2018, was later identified as the protester.

Manuel Oliver — who lost his son in Parkland — was the man who just interrupted President Biden's speech on gun control.

Oliver all but stated he would do this on CNN hours earlier with cable news carnival barker Joe Walsh. pic.twitter.com/FCo3pFikWy

Democrats were largely limited from ramming through more extremist gun control proposals due to the even split of Democrats and Republicans in the Senate.

Manuel Oliver to CNN on what he'd tell Biden today: "It's been a while that I've been calling out…using the word celebration, getting together, is like we're going to a party, to a wedding…it's not…enough…There was no reason for this event to be called as it's called[.]" pic.twitter.com/UiZ5ECA7qy

It was not immediately clear what Oliver was saying when he interrupted Biden’s speech. However, NBC later reported that Oliver said, “We have to do more than that,” in response to Biden claiming that his administration had made “meaningful progress on dealing with gun violence.”

He soon allowed Biden to continue. The Democrat went on to tout his support of the original 1994 ban of so-called assault weapons, demanding a new version of the gun control law.

The Safer Communities Act passed with support from fifteen Senate Republicans and appropriates federal funding to states to create their own red flag laws.

Other provisions in the law place more scrutiny on gun buyers under the age of 21 and increase penalties for straw purchases of weapons.

The June law also requires some private citizens involved in the sale of firearms to register as a federal firearms licensee.

Speakers during the event called for more gun control, including a new ban on firearms such as the AR-15.