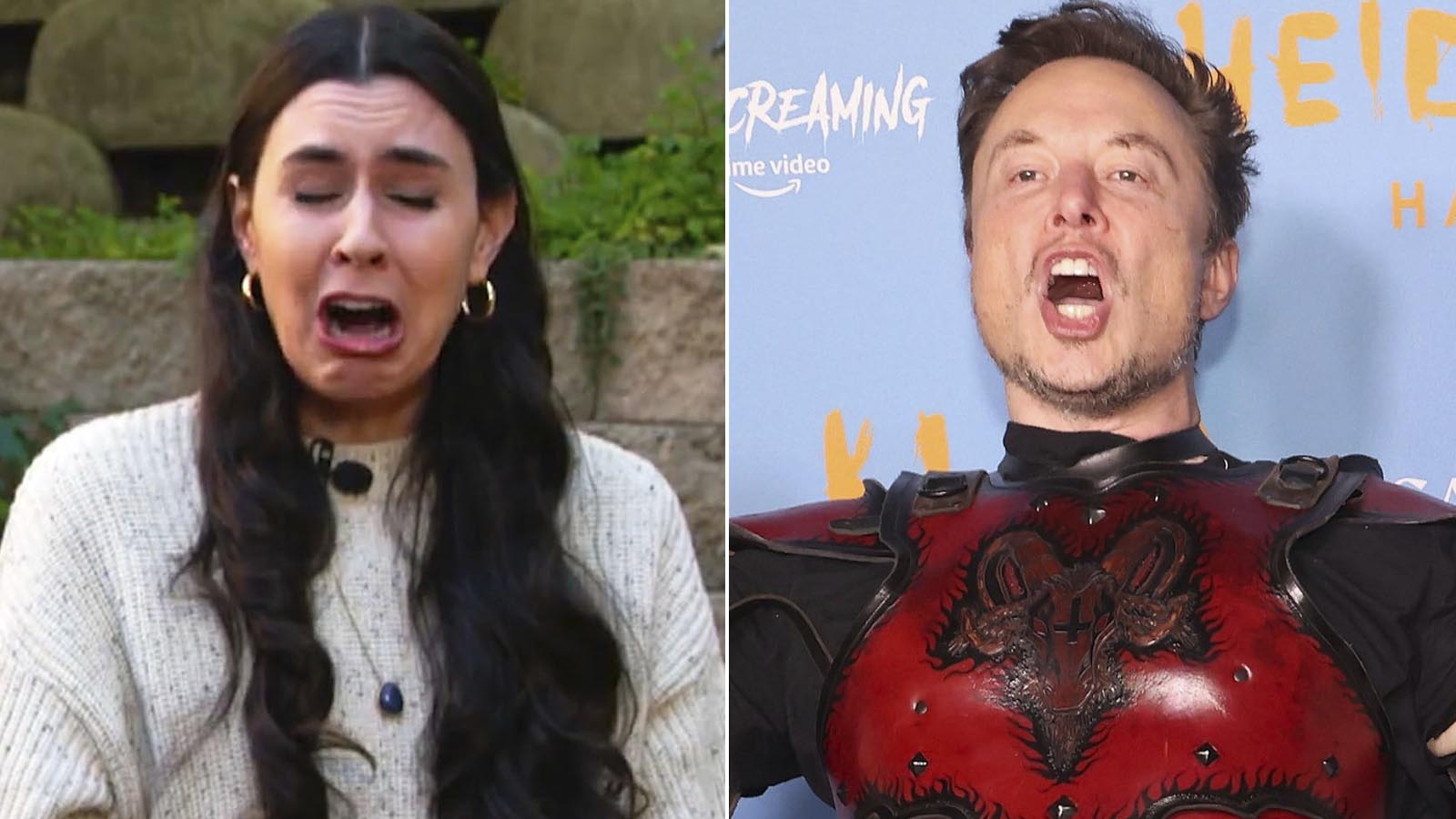 Twitter has suspended the account of Washington Post activist Taylor Lorenz, who is known for doxing Chaya Raichik, who operates the Libs of TikTok account. No reason has yet been given for her suspension.

Lorenz became the subject of controversy after she exposed Raichik’s identity and residence as part of a hit piece on the Libs of TikTok account due to its exposure of medical clinics that perform “gender-affirming care” on minor children. Lorenz, as well as other progressives, accused Raichik of promoting violence against the transgender community and medical professionals who perform questionable surgical treatments on children. 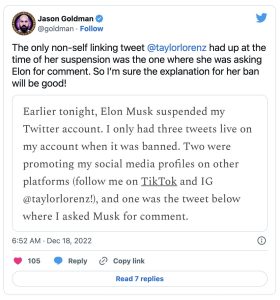 In her most recent tweet, Lorenz was asking Twitter CEO Elon Musk for comment on a story related to his decision to suspend seven other media activists for revealing his real-time location on the platform. He has since restored their accounts. She took to TikTok to inform her audience about her suspension.

Taylor Lorenz responds to getting the ban hammer: pic.twitter.com/7pvWIh2Oke

The activist also wrote an article on her Substack in which she explained that she “only had three tweets live on my account when it was banned” and that fellow media activist Drew Harwell, who was also suspended, was “working on a story involving Musk.”

Lorenz noted that when she logged into Twitter to see if Musk had responded, she discovered she had been suspended and had received “zero communication from the company on why I was suspended or what terms I violated.”

She continued: “Twitter has served as an essential real time news source and played a crucial role in the journalism world, but Musk’s arbitrary suspensions of journalist’s who report on him should worry anyone who values free speech and expression.”

This move comes after the row between Musk and members of the activist media over their revealing his location. He banned their accounts after an incident in which a stalker menaced a vehicle carrying his 2-year-old son.

While he has not yet revealed the reason for Lorenz’s suspension, it probably will not be long before he gives an explanation.

UPDATE: Musk has now identified the reason for Lorenz’s suspension, noting it was for “prior doxxing action” by Lorenz’s account and “will be lifted shortly”:

Temp suspension due to prior doxxing action by this account. Will be lifted shortly.