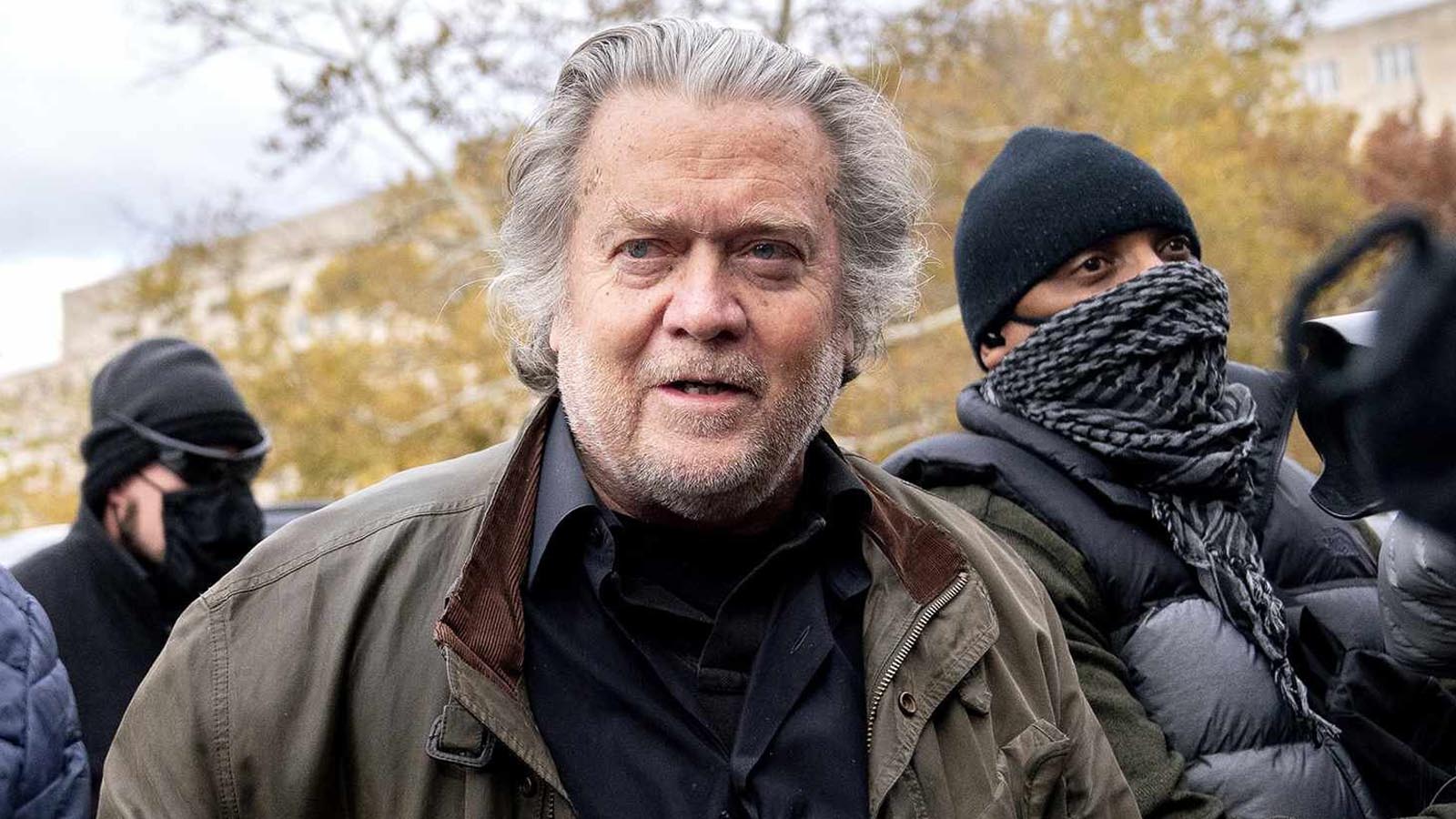 In a 19-page memo responding to a government filing, former White House strategist Steve Bannon’s lawyers’ request that their client should only receive probation after being found guilty of two counts of contempt of congress, arguing that the judge overseeing the sentencing should look for “something more” than simple contrition.

“Should a person who has spent a lifetime listening to experts – as a naval officer, investment banker, corporate executive, and Presidential advisor – be jailed for relying on the advice of his lawyers?” they ask.

“Should a person be jailed where the prosecutor declined to prosecute others who were similarly situated – with the only difference being that this person uses their voice to express strongly held political views?” his lawyer, Evan Corcoran, and David Schoen wrote.

Daily Mail reports that “they say a sentence of probation is warranted for the former chief White House strategist, and also ask the sentencing judge to issue a stay of any sentence to allow for an appeal.”

Bannon will face sentencing on Friday. He was found guilty of contempt of congress after he did not appear in front of the January 6 committee.

Bannon’s legal team argues that he was taking advice from his lawyer, Roberto Costello when he received the Subpoena in 2021.

Bannon’s legal team requested that he serve his sentence at home. Bannon films his show, War Room, from his home where he would likely stay if he serves a home sentence.

The government has since published a 24-page memo that accuses Bannon of “flouting” the law: “By flouting the Select Committee’s subpoena and its authority, the Defendant exacerbated that assault,” wrote US Attorney Matthew Graves in the memo.

“To this day, he continues to unlawfully withhold documents and testimony that stand to help the Committee’s authorized investigation to get to the bottom of what led to January 6 and ascertain what steps must be taken to ensure that it never happens again. That cannot be tolerated. Respect for the rule of law is essential to the functioning of the United States government and to preserving the freedom and good order this country has enjoyed for more than two centuries. The Defendant’s bad-faith strategy of defiance and contempt deserves severe punishment,” prosecutors wrote.