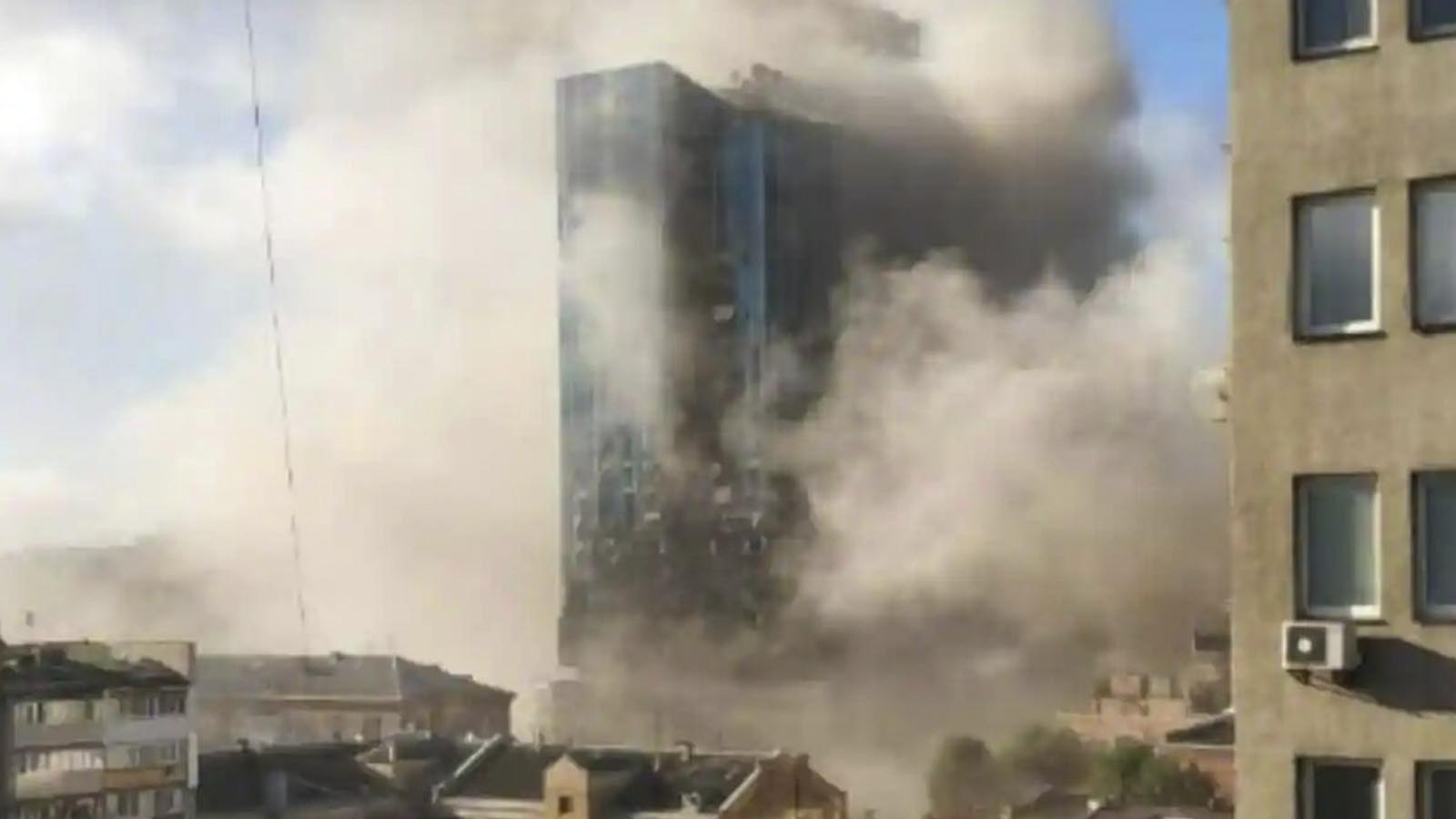 A German Foreign Ministry spokesman has confirmed that the building which houses a German consulate in Kyiv was hit by Russian missiles in Monday’s large-scale wave of attacks on multiple cities.

The statement noted, however, that the consulate has not been processing visas or been in operation as a result of the war, since February:

According to a separate regional report, “Russian airstrikes hit German embassy in Kyiv on Monday, said German media outlet Bild. However, the building was not in use since the war erupted. As per Euro News, the visa office of the German embassy received damage.”

Monday’s massive strikes which pummeled some 20 cities and towns across Ukraine, apparently in response to the major Ukrainian attack on the vital Crimean bridge from two days prior, marks the first time the Ukrainian capital was directly attacked since June.

Air raid alert sirens were active in the capital for a reported nearly six hours on Monday – the longest on memory during the war. The German consulate building getting damaged highlights the ongoing possibility other other foreign embassies getting struck in future military action.

Given the Russian military is fully aware of the locations of foreign government and embassy buildings in Ukraine, it begs the question, was this a deliberate strike and ‘message’? Certainly the Kremlin has been particularly angry over Berlin’s joining its NATO allies in sending weapons to the Ukrainian government, which constituted a huge and historic about-face (Germany has long had an official policy of neutrality, banning the shipping of its weapons to hot conflicts). A number of Western embassies have seen diplomatic staff return in limited numbers since fleeing during the opening months of the invasion, including at the American embassy.

The building where the the visa office of the German embassy in Kyiv was located was hit by Russians today. Any reaction of @Bundeskanzler @ABaerbock @BMVg_Bundeswehr ? Maybe some Leopards can be sent to check the situation on the ground? pic.twitter.com/hU2wVWrK87

“This constitutes another unacceptable escalation of the war and, as always, civilians are paying the highest price.”

US President Joe Biden also weighed in, saying in a brief statement Monday’s attacks underscore the “utter brutality” of Russia’s tactics during the war, and it will not go without “costs”.