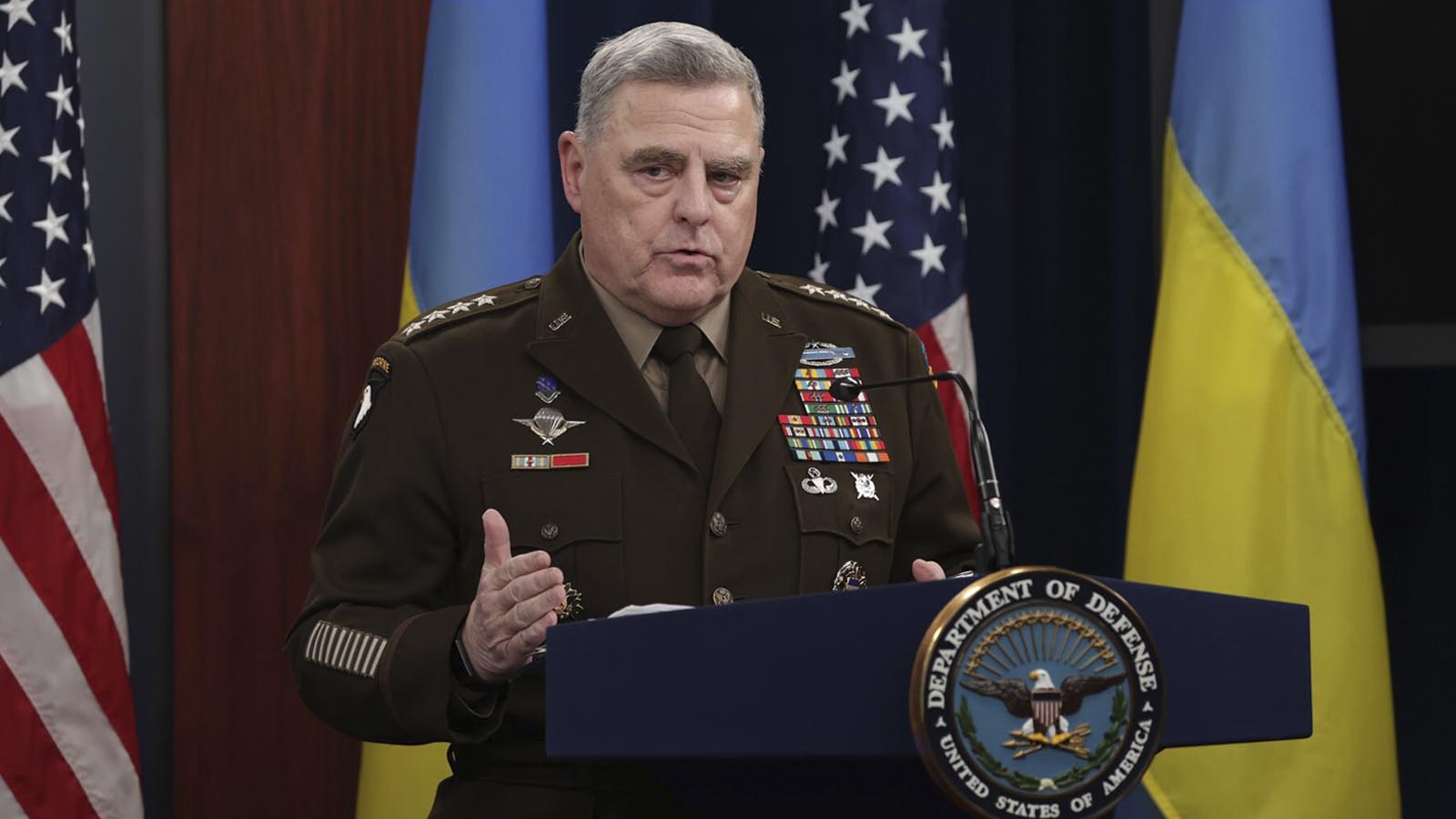 Enhanced training of Ukraine combat elements by U.S. forces in Germany has begun, with the aim of having a battalion ready to field against the Russians within five weeks, Gen. Mark Milley, chairman of the Joint Chiefs of Staff, announced Sunday.

AP reports Milley plans to visit the Grafenwoehr training area on Monday to get a first-hand look at the program being delivered by the 7th Army Training Command.

The U.S. has already trained about 3,100 Ukrainian troops on how to use and maintain certain weapons and other equipment, including howitzers, armored vehicles and the High Mobility Artillery Rocket System, known as HIMARS.

Milley said the latest tranche left Ukraine a few days ago and are now based in Germany using a full set of donated weapons and equipment alongside trainers not just from the U.S. but from other countries around the world.

Speaking to two reporters traveling with him to Europe on Sunday, the AP report sets out Milley said the complex training — combined with an array of new weapons, artillery, tanks and other vehicles heading to Ukraine — will be key to helping the country’s forces take back territory captured by Russia in the nearly 11-month-old conflict.

“This support is really important for Ukraine to be able to defend itself,” Milley said. “And we’re hoping to be able to pull this together here in short order.”

The ultimate goal is for all the incoming weapons and equipment to be delivered to Ukraine so the newly trained forces will be able to use it “sometime before the spring rains show up. That would be ideal,” Milley added.

As Breitbart News reported, U.S. training teams go back as far as May when the Biden administration entered an agreement with Germany to begin training programs for Ukrainian soldiers.

The UK also began a similar training operation the month before.

British trainers are putting the Ukrainian troops through a condensed version of the British Army’s infantry training, covering weapons handling, first aid, patrol tactics and the law of conflict. The aim is to turn raw recruits into battle-ready soldiers in a matter of weeks.

Britain is also sending the Ukrainians home with new uniforms, body armor, helmets and other gear, part of £2.3 billion ($2.8 billion) worth of U.K. military aid to the country that also includes anti-tank missiles and sophisticated rocket-launch systems.