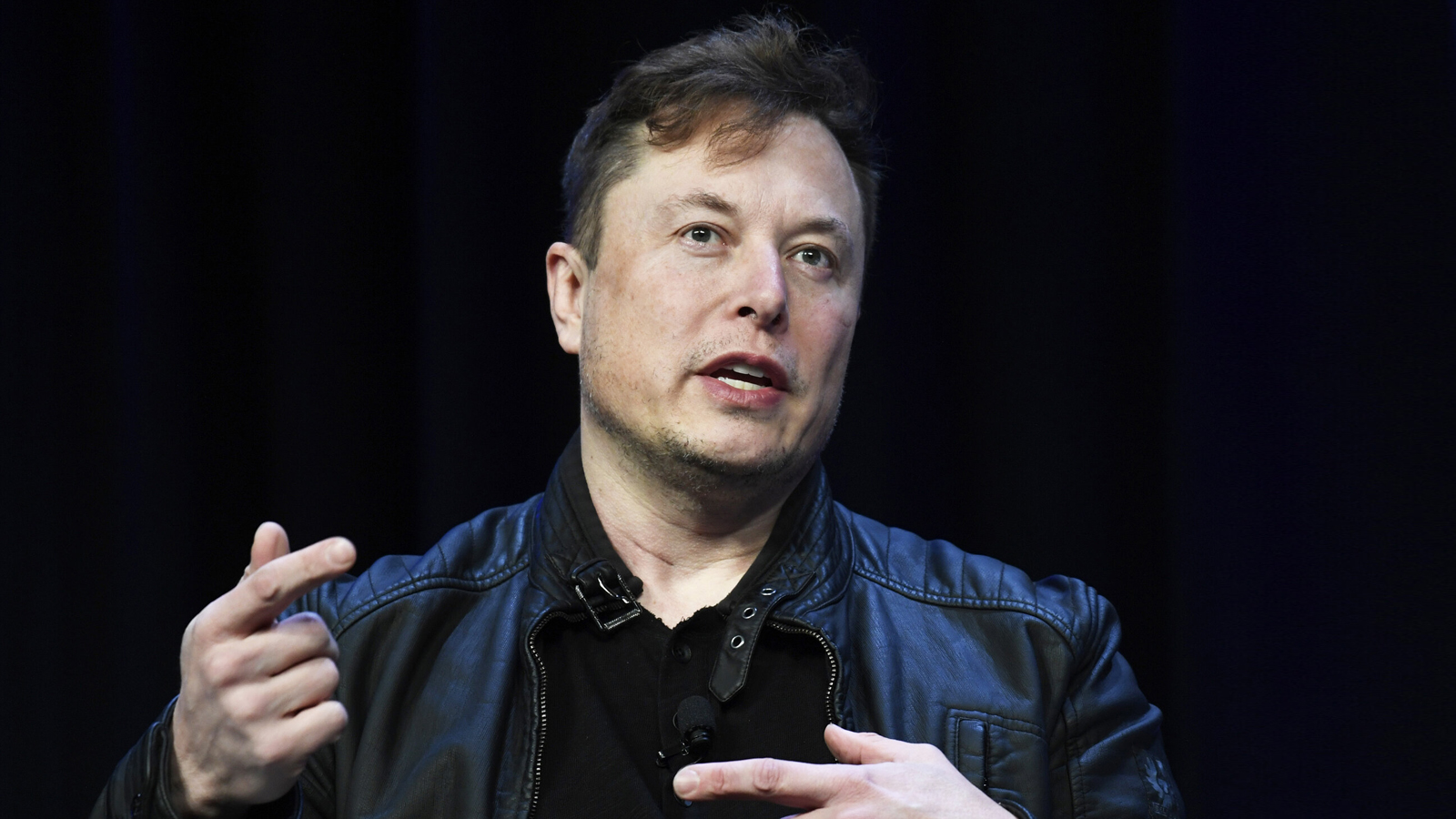 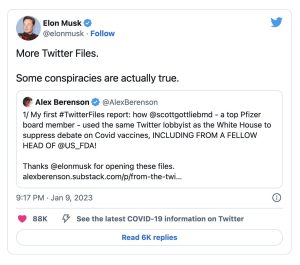 Musk was referring to an official Twitter Files release from mRNA vaccine critic Alex Berenson, who was personally targeted by Twitter and prevailed in a lawsuit against the social media platform.

“My first #TwitterFiles report: how @scottgottliebmd – a top Pfizer board member – used the same Twitter lobbyist as the White House to suppress debate on Covid vaccines, INCLUDING FROM A FELLOW HEAD OF @US_FDA!” Berenson tweeted. “Thanks @elonmusk for opening these files.

Berenson referred to his popular Substack publication as a host of these public Twitter Files. It details how the head of Pfizer and former FDA chief worked to censor mRNA vaccine critics.

“The tweet explained correctly that natural immunity after Covid infection was superior to vaccine protection,” it continued. “It called on the White House to ‘follow the science’ and exempt people with natural immunity from upcoming vaccine mandates.”

Interestingly, this is a claim that I have personally made that has drawn purported ‘fact checks’ from political operators. But the claim that Gottlieb targeted was not made by an “anti-vaxxer” like Robert F. Kennedy Jr., Berenson writes, but from Dr. Brett Giroir, a physician who had briefly followed Gottlieb as the head of the Food & Drug Administration.

Furthermore, Giroir’s tweet encouraged people who did not have natural immunity to “Get vaccinated!”

The post was “corrosive,” Gottlieb claimed. He argued it would “end up going viral and driving news coverage.” 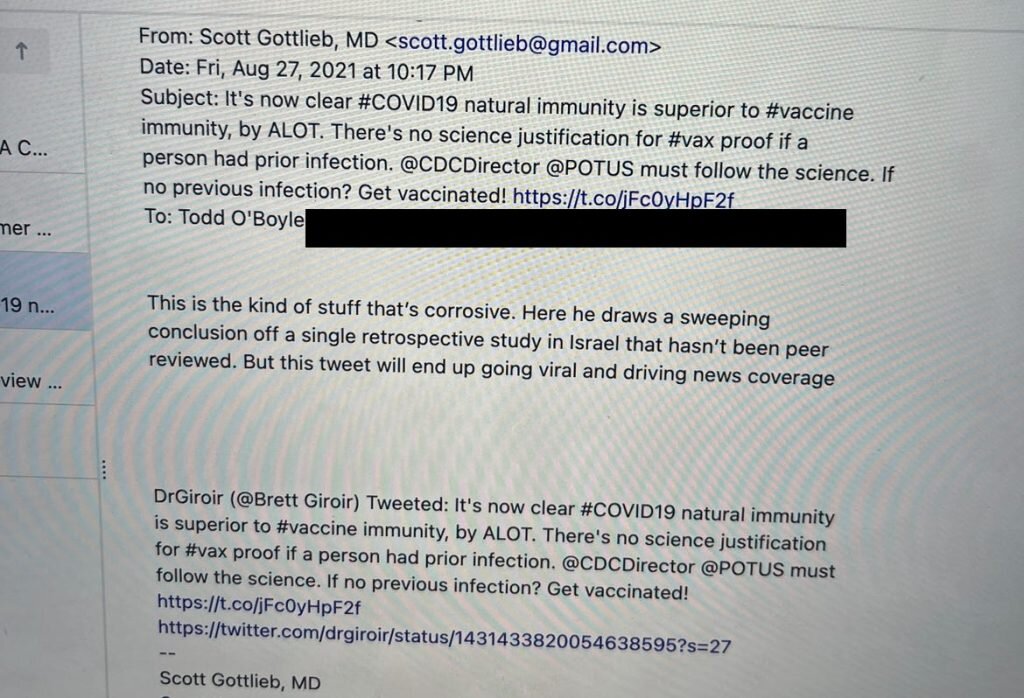 As reported earlier on Becker News, while Twitter was cracking down on medical experts who defied the manufactured “consensus” on the Covid response, it was allowing fake accounts spreading Covid misinformation to flourish.

Pfizer is yet to publicly respond to the Twitter Files revelations.