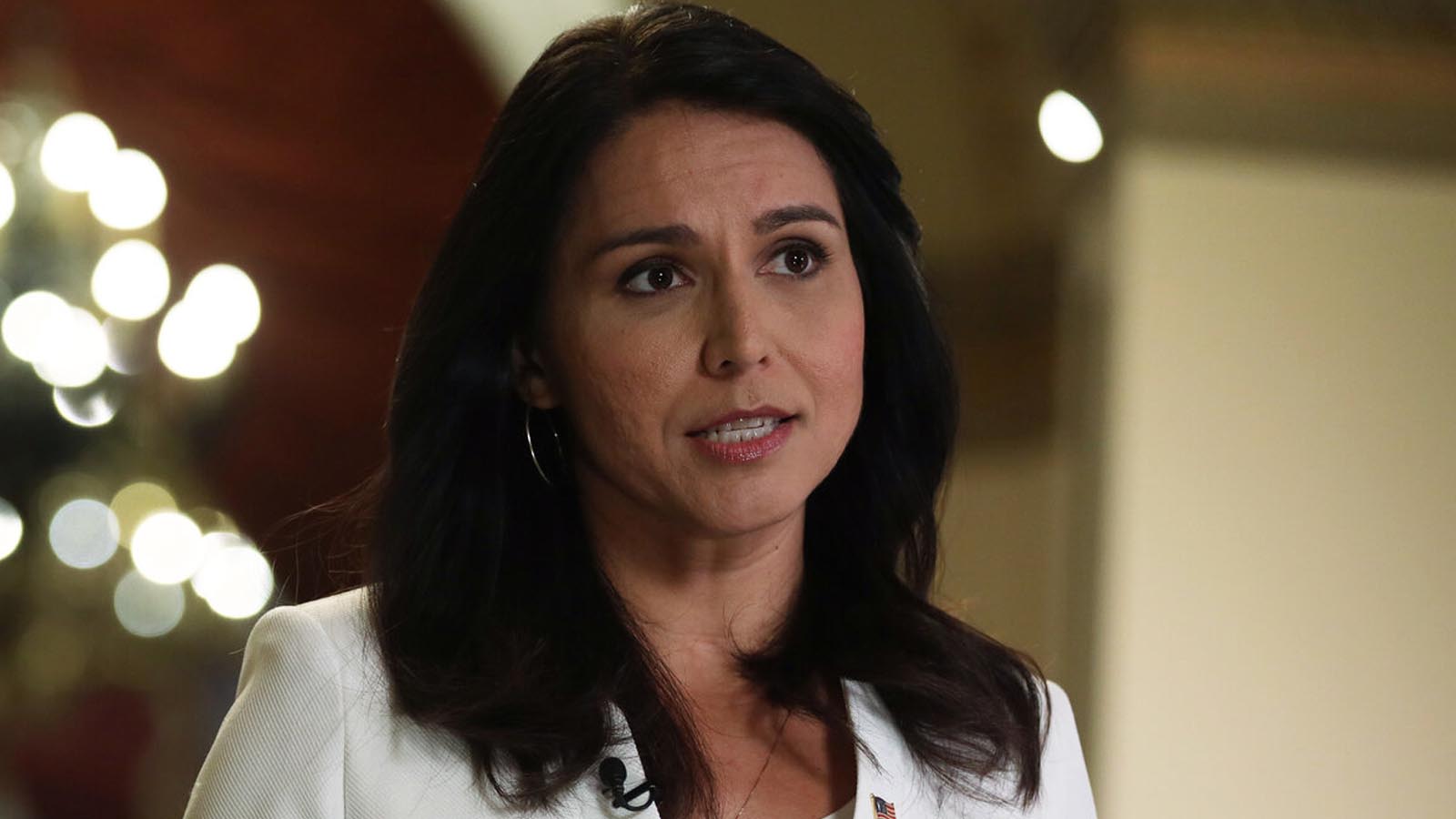 Former Hawaii Congresswoman and now-former Democrat Tulsi Gabbard sat down with Joe Rogan on his podcast “The Joe Rogan Experience” and had a very interesting conversation. Part of this conversation involved a discussion around vice-President Kamala Harris, whom Gabbard is partly famous for absolutely demolishing on stage during the 2020 Democrat primaries.

Gabbard noted that the info about Harris wasn’t that hard to find and yet despite this, no media figure or candidate was willing to bring it up.

“No one in the media did that. There’s no other candidate on the debate stage who had the balls to bring that up.”

“How are voters supposed to be able to make their best-informed decision when the media and fellow Democratic candidates who are running, who are her opponents in that race, don’t have the courage to ask a very factual question on a record that she says she’s proud of?” Gabbard continued.

Gabbard guessed that the reason no one called Harris out was due to her status as a woman of color and no one wanted to be the one accused of racism and have their career ruined for confronting her about her record. Sure enough, after Gabbard did it, she massively fell out of favor with the Democrat Party.

She also guessed she was well-connected and that the Democrat Party also favored her because they knew they could count on her to be obedient.

“She was connected,” Gabbard said of Harris. “She’s playing the game. She’s somebody that the Democratic Party knows that they can control.”

This makes sense. Harris seemed to be the media favorite going into 2020 but after Gabbard put her on ice, Harris’s star faded quickly. She was one of the Democrat candidates who ended up dropping out of the race rather early, and her pick as VP only happened because various groups within the Democrat Party threatened not to vote for Joe Biden if he didn’t pick a black woman for VP.

Harris was the obvious choice, not just because she fit the physical description required but because should something happen to Biden that forces him to retire, then Harris would be next in line and willing to pick up the torch of being the DNC’s puppet. Like Biden, she clearly has no leadership ability herself, so her value rests wholly in how well she’s willing to take orders.

As Gabbard just confirmed, this is exactly why the DNC liked her so much. She needed only a handful of qualifications. She’s a woman, she’s not white, and she’s willing to ask “how high” when told to jump.