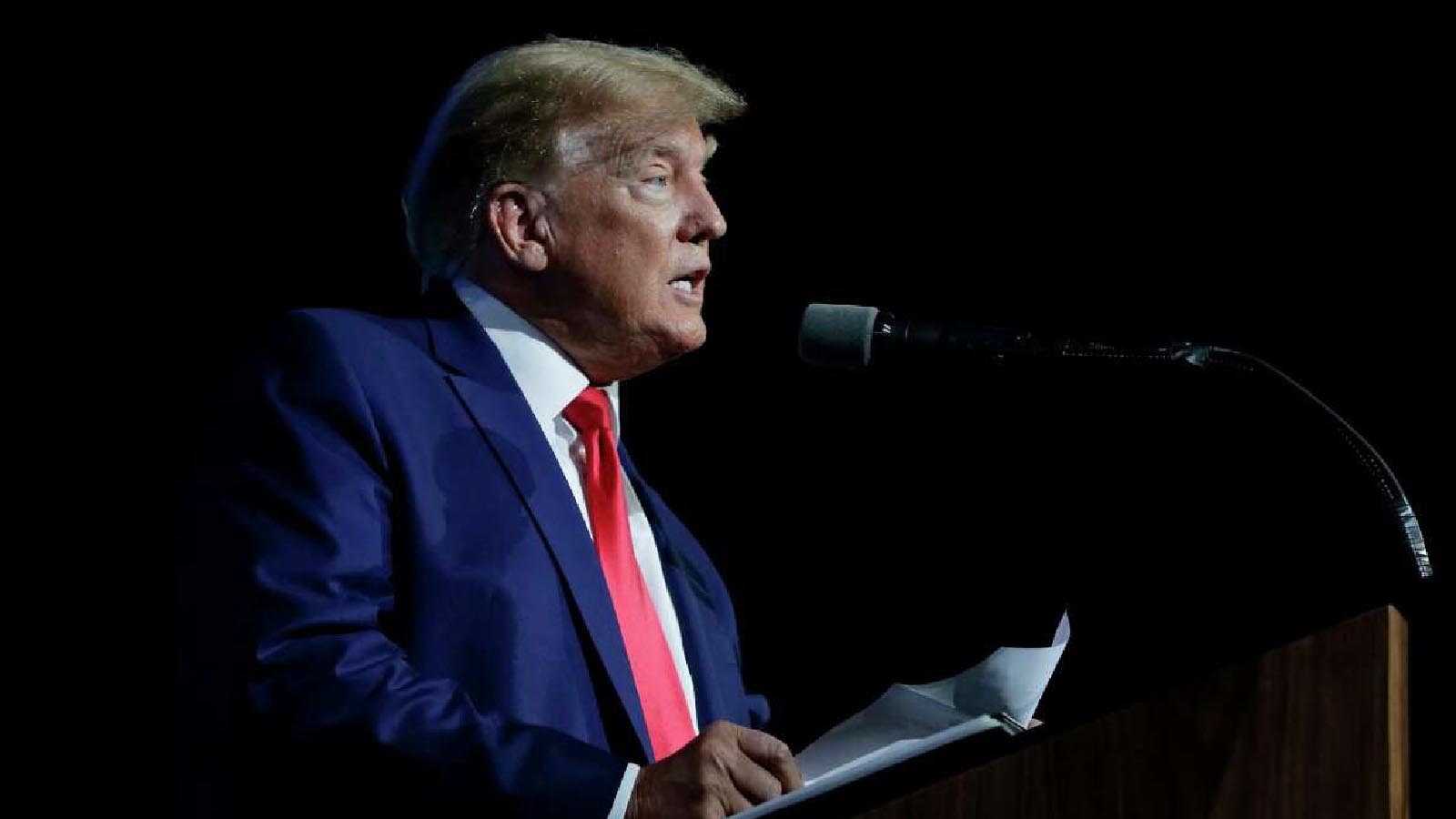 Donald Trump issued a 12-page rebuttal to the evidence and testimonies presented by the Jan. 6 committee, arguing that Democrats are trying to distract from domestic issues such as record inflation and gas prices.

Democrats are “desperate to change the narrative of a failing nation” by distracting people with the hearings and the investigation into the events surrounding the Jan. 6 Capitol protest, Trump said in a statement shared by his Save America PAC hours after the panel investigating the attack held a hearing.

“Seventeen months after the events of January 6th, Democrats are unable to offer solutions. They are desperate to change the narrative of a failing nation, without even making mention of the havoc and death caused by the Radical Left just months earlier,” Trump wrote.

“Make no mistake, they control the government. They own this disaster. They are hoping that these hearings will somehow alter their failing prospects.”

“This is merely an attempt to stop a man that is leading in every poll, against both Republicans and Democrats by wide margins, from running again for the Presidency,” Trump wrote.

“The Democrats know that I would correct all of this, and they are doing everything in their power to stop me — but we can’t be stopped. We have to Save America.”

The Jan. 6 committee, which has two Republican members in Reps. Liz Cheney (R-WY) and Adam Kinzinger (R-IL), is weighing whether to issue criminal referrals to the Justice Department involving Trump and others.

Members have indicated they believe they have enough evidence to refer Trump for obstructing a congressional proceeding and conspiring to defraud the people of the United States, among other crimes.

A referral could pressure Attorney General Merrick Garland to open a criminal investigation, though a decision to prosecute will ultimately be up to the Justice Department whether there is a criminal referral or not.

The House select committee investigating the events of Jan. 6 has held two summer hearings so far and has plans for more later this month.

Rep. Bennie Thompson (D-MS), chair of the January 6 Committee, said Monday evening there would be no criminal referrals of former President Donald Trump or anyone else to the Department of Justice (DOJ) — and Rep. Liz Cheney (R-WY) promptly disagreed in public.