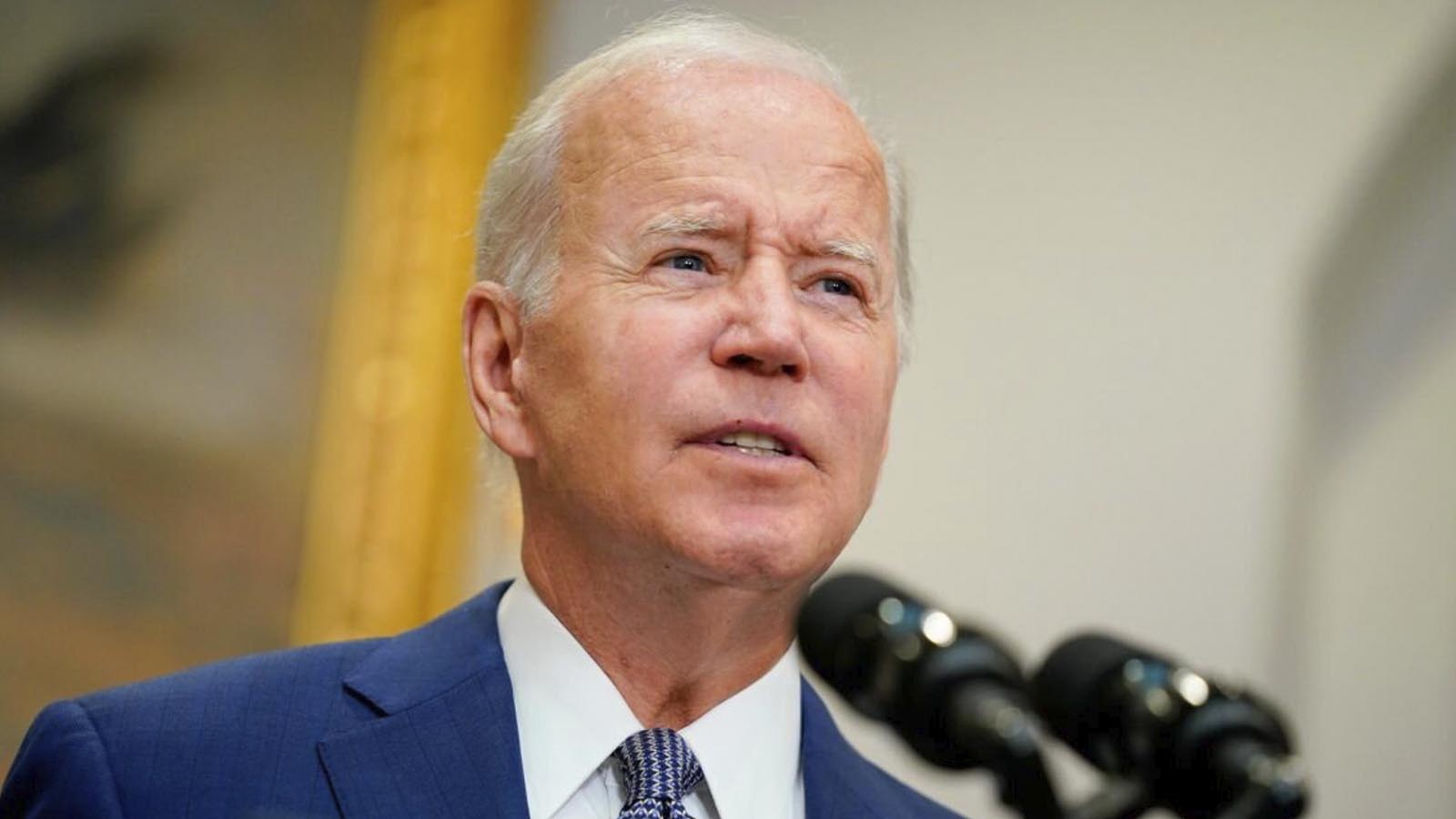 In the wake of Roe v. Wade being overturned, a viral story about a 10-year-old girl in Ohio being raped, impregnated, and unable to obtain an abortion spread like wildfire across the political sphere. Major news networks covered it as truth despite the fact that it was a single-sourced account from an abortion doctor who provided zero corroborating details.

The story was then used as proof of how harmful Republican abortion bans are to the point that even Joe Biden got in on the act. The president used the report to rail against pro-life laws, proclaiming “imagine being that little girl” while asserting that Ohio forces raped children to give birth.

Of course, not everyone was so gullible. Multiple RedState authors questioned the story, and PJ Media’s Megan Fox dug into the issue in a viral tweet thread and several pieces on their front page. 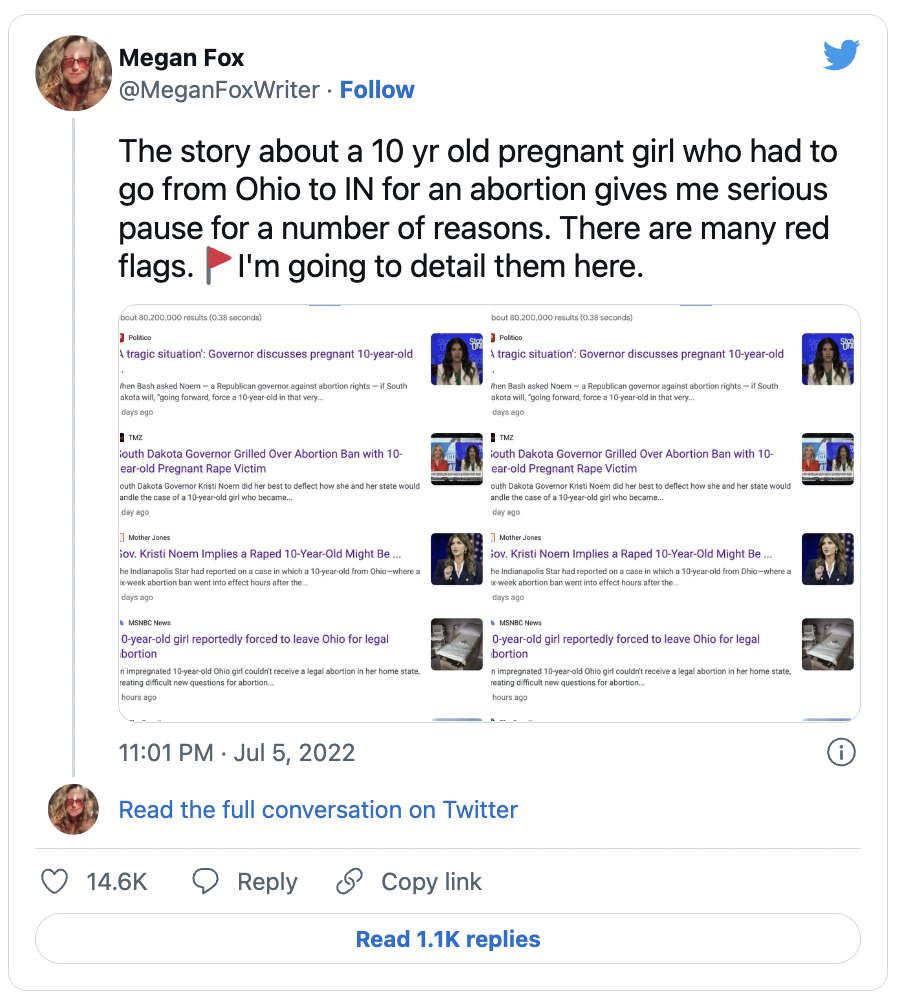 Now, it looks like their concerns were warranted. And while I didn’t write an article on it, I did have this to say on social media.

You should be very skeptical of that 10-year-old story when the source is an abortionist who gives a very general anecdote. Things that fit “the narrative” that perfectly usually do so for a reason. Remember the “gun shot victims can’t get care because of COVID” story?

Megan appeared on Jesse Watters Primetime Monday night to share what raised suspicion for her about the story, and one factor was that by reading Ohio’s actual law it’s clear that it’s a heartbeat law and not based on the gestational age.

While it’s been apparent that this story isn’t true, there’s now confirmation by Ohio’s Attorney General Dave Yost that there have been no reports of a 10-year-old being raped, including no crime lab results (a rape kit would have been performed). Also appearing on Watters’ show, Yost agreed with Fox that Ohio’s heartbeat law does not prohibit a minor who was raped from obtaining an abortion. That’s a fact that Democrats, including those in the mainstream media, have steadfastly ignored to this point, instead choosing to speak in generalities about the situation.

BREAKING: Ohio Attorney General Dave Yost says there is "not a whisper" that a 10-year-old child was raped and impregnated, there has been no request for crime lab results, and that Ohio's heartbeat law would have allowed such a young girl to get an abortion in the state. pic.twitter.com/oIhJzNiq52

Now, some on the left may try to assert that the abortion doctor in Ohio just didn’t report the incident to the authorities. That dog doesn’t hunt, though. Why? Because it is required by law that the rape of a minor be reported to law enforcement if they seek an abortion. So either this abortion doctor who sourced the story is lying or they broke the law. I’ll let the defenders of this tale choose which one.

For my money, I believe the doctor in question just outright made it up. It conformed to the left’s narrative far too perfectly in the midst of them desperately looking for an example to promote the supposed righteousness of abortion. Anyone with a semblance of brain power should have seen the red flags from the beginning. Biden lacks said brain power, but he also wanted the story to be true. He wanted to use it as a political cudgel to slam his opponents who are only trying to protect unborn life.

To recap, the President of the United States repeated a false story in order to push a false narrative while promoting the destruction of life in the womb. If that’s not morally depraved, I don’t know what is. So much for that “return of normalcy and decency to the White House,” right?