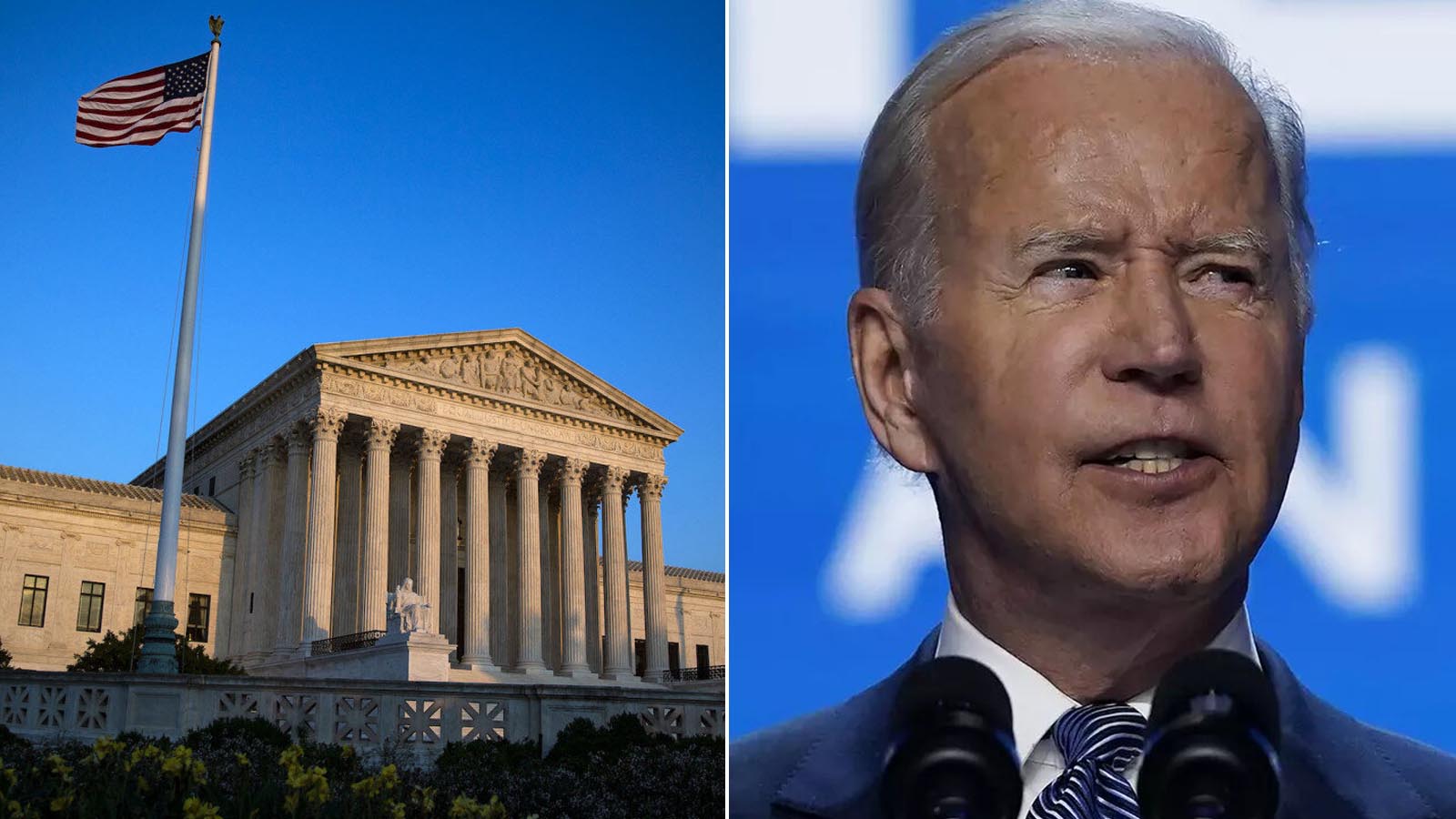 The Supreme Court of the United States (SCOTUS) ruled that President Joe Biden’s administration can end the Migration Protection Protocols (MPP), commonly known as the “Remain in Mexico” program, but is sending a key part of the case back to a lower court.

In a 5-4 decision, SCOTUS ruled that the Biden administration did not violate the Immigration and Nationality Act (INA) when it sought to end the Remain in Mexico program, which was first imposed by former President Trump’s administration.

The Remain in Mexico program allows the Department of Homeland Security (DHS) to quickly return border crossers to Mexico while they await their asylum and immigration hearings in the United States — effectively eliminating the practice commonly known as “Catch and Release.”

The Court’s opinion reads in part:

As we recently held in Garland v. Aleman Gonzalez, 596 U. S. ___ (2022), section 1252(f )(1) “generally prohibits lower courts from entering injunctions that order federal officials to take or to refrain from taking actions to enforce, implement, or otherwise carry out the specified statutory provisions.” [Emphasis added]

The District Court’s injunction in this case violated that provision. [Emphasis added]

We now turn to the merits. Section 1225(b)(2)(C) provides: “In the case of an alien . . . who is arriving on land . . . from a foreign territory contiguous to the United States, the [Secretary] may return the alien to that territory pending a proceeding under section 1229a.” Section 1225(b)(2)(C) plainly confers a discretionary authority to return aliens to Mexico during the pendency of their immigration proceedings. This Court has “repeatedly observed” that “the word ‘may’ clearly connotes discretion.” [Emphasis added]

The use of the word “may” in section 1225(b)(2)(C) thus makes clear that contiguous-territory return is a tool that the Secretary “has the authority, but not the duty,” to use. [Emphasis added]

For the reasons explained, the Government’s rescission of MPP did not violate section 1225 of the INA, and the October 29 Memoranda did constitute final agency action. We therefore reverse the judgment of the Court of Appeals and remand the case for further proceedings consistent with this opinion. On remand, the District Court should consider in the first instance whether the October 29 Memoranda comply with section 706 of the APA. [Emphasis added]

The ruling means that SCOTUS holds that the district court did not have jurisdiction to previously stop the Biden administration from ending Remain in Mexico but also left open the possibility that the court does have the power to vacate the administration’s ending of the program.

In that regard, the case will be sent back to the district court for another hearing.

In his dissent, Justice Alito wrote:

In fiscal year 2021, the Border Patrol reported more than 1.7 million encounters with aliens along the Mexican border. When it appears that one of these aliens is not admissible, may the Government simply release the alien in this country and hope that the alien will show up for the hearing at which his or her entitlement to remain will be decided? [Emphasis added]

Congress has provided a clear answer to that question, and the answer is no. By law, if an alien is “not clearly and beyond a doubt entitled to be admitted,” the alien “shall be detained for a [removal] proceeding.” [Emphasis added]

And if an alien asserts a credible fear of persecution, he or she “shall be detained for further consideration of the application for asylum,” §1225(b)(1)(B)(ii) (emphasis added). Those requirements, as we have held, are mandatory. [Emphasis added]

Congress offered the Executive two—and only two—alternatives to detention. First, if an alien is “arriving on land” from “a foreign territory contiguous to the United States,” the Department of Homeland Security (DHS) “may return the alien to that territory pending a [removal] proceeding.” Second, DHS may release individual aliens on “parole,” but “only on a case-by-case basis for urgent humanitarian reasons or a significant public benefit.” [Emphasis added]

Due to the huge numbers of aliens who attempt to enter illegally from Mexico, DHS does not have the capacity to detain all inadmissible aliens encountered at the border, and no one suggests that DHS must do the impossible. But rather than avail itself of Congress’s clear statutory alternative to return inadmissible aliens to Mexico while they await proceedings in this country, DHS has concluded that it may forgo that option altogether and instead simply release into this country untold numbers of aliens who are very likely to be removed if they show up for their removal hearings. This practice violates the clear terms of the law, but the Court looks the other way.
[Emphasis added]

I agree with the majority that the injunction entered by the District Court in this case exceeded its “jurisdiction or authority to enjoin or restrain the operation of ” the relevant statutes. [Emphasis added]

The ruling ensures that the case is not over and will go back to the U.S. District Court for the Northern District of Texas. The lower courts could help restore Remain in Mexico and could make the case a critical issue in 2024, as it could end up before SCOTUS again.

Alito wrote in his dissent:

The District Court should assess, among other things, whether it is “arbitrary and capricious” for DHS to refuse to use its contiguous-territory return authority to avoid violations of the statute’s clear detention mandate; whether the deterrent effect that DHS found MPP produced in reducing dangerous attempted illegal border crossings, as well as MPP’s reduction of unmeritorious asylum claims, is adequately accounted for in the agency’s new decision; and whether DHS’s rescission of MPP is causing it to make parole decisions on an unlawful categorical basis rather than case-by-case, as the statute prescribes. [Emphasis added]

If the Fifth Circuit appeals court affirms such an order from the district court, then Remain in Mexico would remain in force at least until SCOTUS decides to hear an appeal for that decision, making it possible that any such final decision from SCOTUS would not come down until the first half of 2024, in the middle of the next presidential campaign.

If the district court finds the Biden administration’s ending Remain in Mexico to be arbitrary and capricious on the issues raised by Alito, the program will be reinstated. If that occurs before July 31, the program might even never be terminated, remaining in force while the Justice Department appeals to the Fifth Circuit appeals court.

Depending on the timing of the appellate court’s decision, all of this might put the case back on track to be heard by SCOTUS in the fall of 2023, with a decision coming down in the first six months of 2024. The November 2024 presidential election will then take place, and depending on the incoming administration in January 2025, Remain in Mexico could be reimplemented for the entirety of this time except for roughly six months between the 2024 SCOTUS decision and a new president taking the helm.