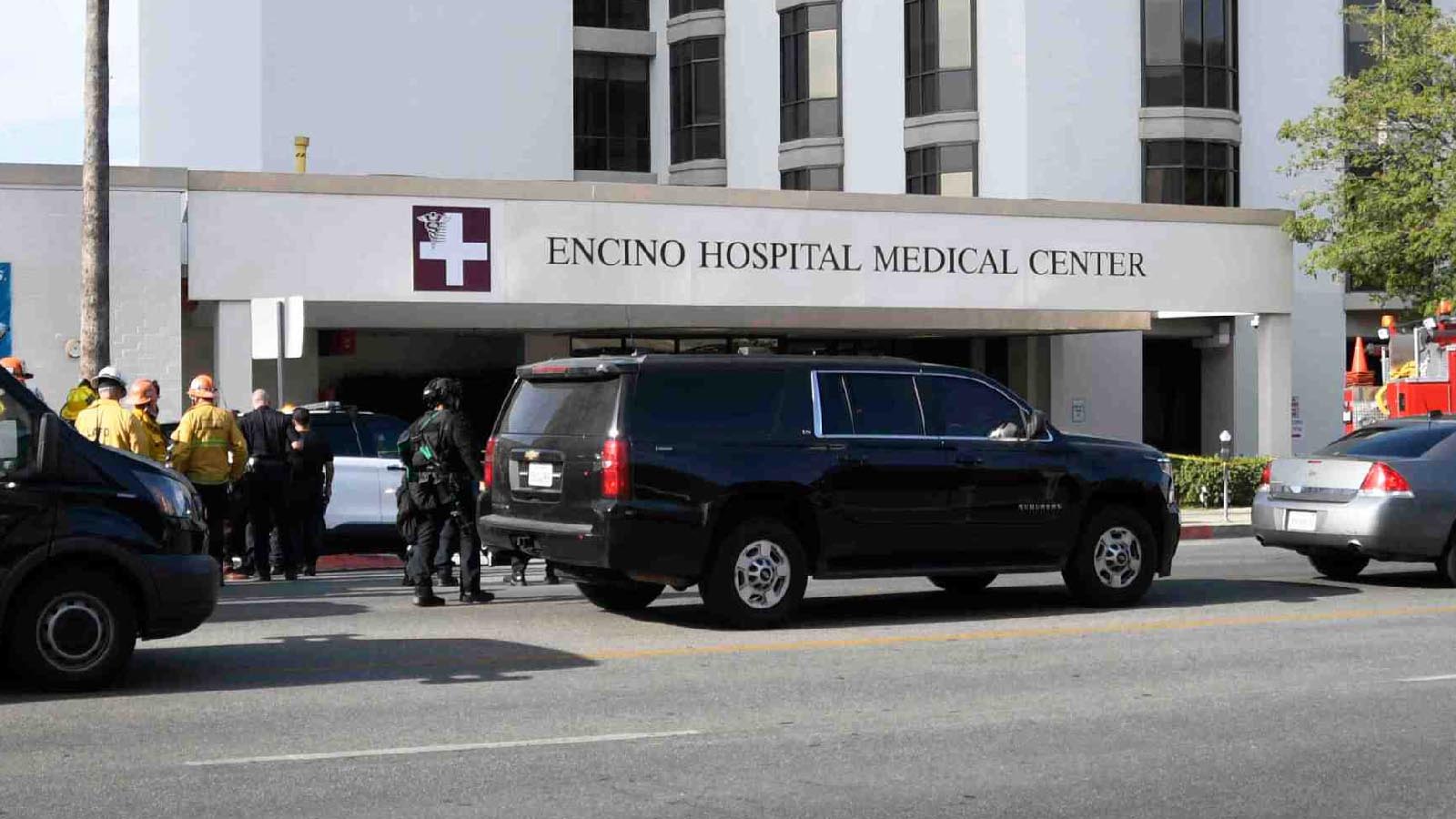 Three people were in critical condition after being stabbed in a Los Angeles-area hospital Friday afternoon, according to authorities.

Los Angeles police and a SWAT team responded to the Encino Hospital Medical Center after receiving reports of a suspect stabbing at least three people, all of whom are in critical condition. Three of the victims were identified as a doctor and two nurses and were transported to a trauma center for medical treatment, according to the Los Angeles Police Department.

A suspect barricaded himself inside a room in the medical center, according to the LAPD. A hospital spokesperson said the suspect was taken into custody around 5 p.m. local time, according to NBC Los Angeles. However, police have not yet confirmed whether a suspect was apprehended, and some local outlets reported that law enforcement officials were still pursuing someone inside the building.

The victims were taken to Dignity Health Northridge Hospital Medical Center and were later confirmed to be in stable condition, a hospital spokesperson said.

UPDATE: A slashing suspect is barricaded @ the Encino Hospital Medical Center ER after stabbing 3 victims, all in critical condition. pic.twitter.com/zBgfit9Mb6

It’s not entirely clear what events led up to the attack Friday evening. The suspect is believed to be a man who parked his car in the middle of the road outside the hospital and entered the emergency room asking for medical treatment related to his anxiety before the stabbings, according to ABC 7.

Multiple victims were seen being taken out of the hospital on stretchers, with one reportedly wearing a hospital uniform and the other appearing to be a patient. Officials with the LAPD and the Los Angeles Fire Department both responded to the scene.

The building was locked down, according to officials. Further details on the victims and suspect were not immediately available.