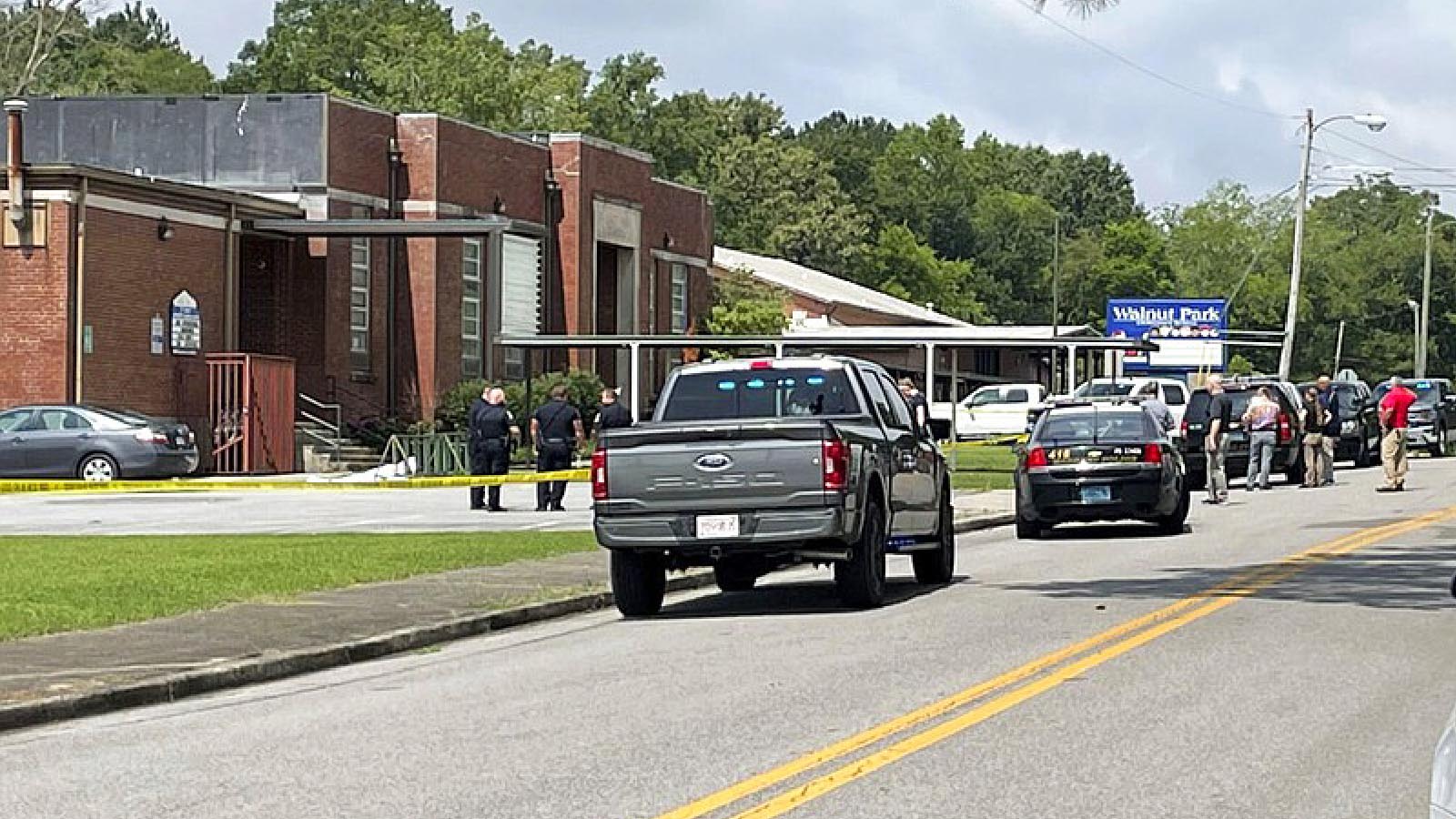 A “suspicious person” outside an elementary school in Alabama was reportedly shot and killed by a school resource officer and local law enforcement on Thursday while all the reported 34 children inside remained safe.

At the Walnut Park Elementary School in Gadsden, Alabama — “where a summer literacy camp for elementary-age children was taking place” — a report was made that someone was attempting “to gain entry to vehicles and buildings on-site, Etowah County Sheriff Jonathan Horton said,” per WIAT.

A Rainbow City police officer working as a school resource officer for the city program went outside and encountered that person, became involved in an altercation and called for backup, the sheriff said. Officers responded, and it resulted in that person being fatally shot.

The Rainbow City officer suffered minor injuries, according to Horton.

The Gadsden-Etowah County Emergency Management Agency advised people in Facebook posts to avoid the area because of an “ongoing police incident.”

All children at the school were reported safe. According to Gadsden City Schools Superintendent Tony Reddick, children in the system’s program were to be bused to Gadsden City High School. Parents were asked to bring identification when picking up children.

Speaking with reporters following the incident, the Gadsden City Schools Superintendent Tony Reddick said the community is “very blessed that our staff took care of all our regular protocol in regards to school safety” when an “aggressive” man “went to several doors trying to get in” the school while students were in summer learning programs.

Reddick also said his district had drilled school staff and administrators on how to respond to such institutions for more than one year, and that on Thursday staff at Walnut Park Elementary “exemplified” the right thing to do.

The superintendent also emphasized that the secured doors prevented the suspect from gaining entry until the school resource officer was able to confront the suspicious person. He added that his district has 18 or 19 SROs assigned to the 13 schools in the community.

“It’s the kind of call you don’t want to get,” said Gadsden City Schools Superintendent, Tony Reddick. “You definitely have concern about something potentially traumatic that happens.”

Reddick said the children who were here seemed to be unaware the incident occurred. pic.twitter.com/1ccALrXaR7

It remains unknown whether the suspect was armed while on school grounds or what his intentions were if he had been able to enter the school before he was confronted by the school resource officer and other law enforcement.