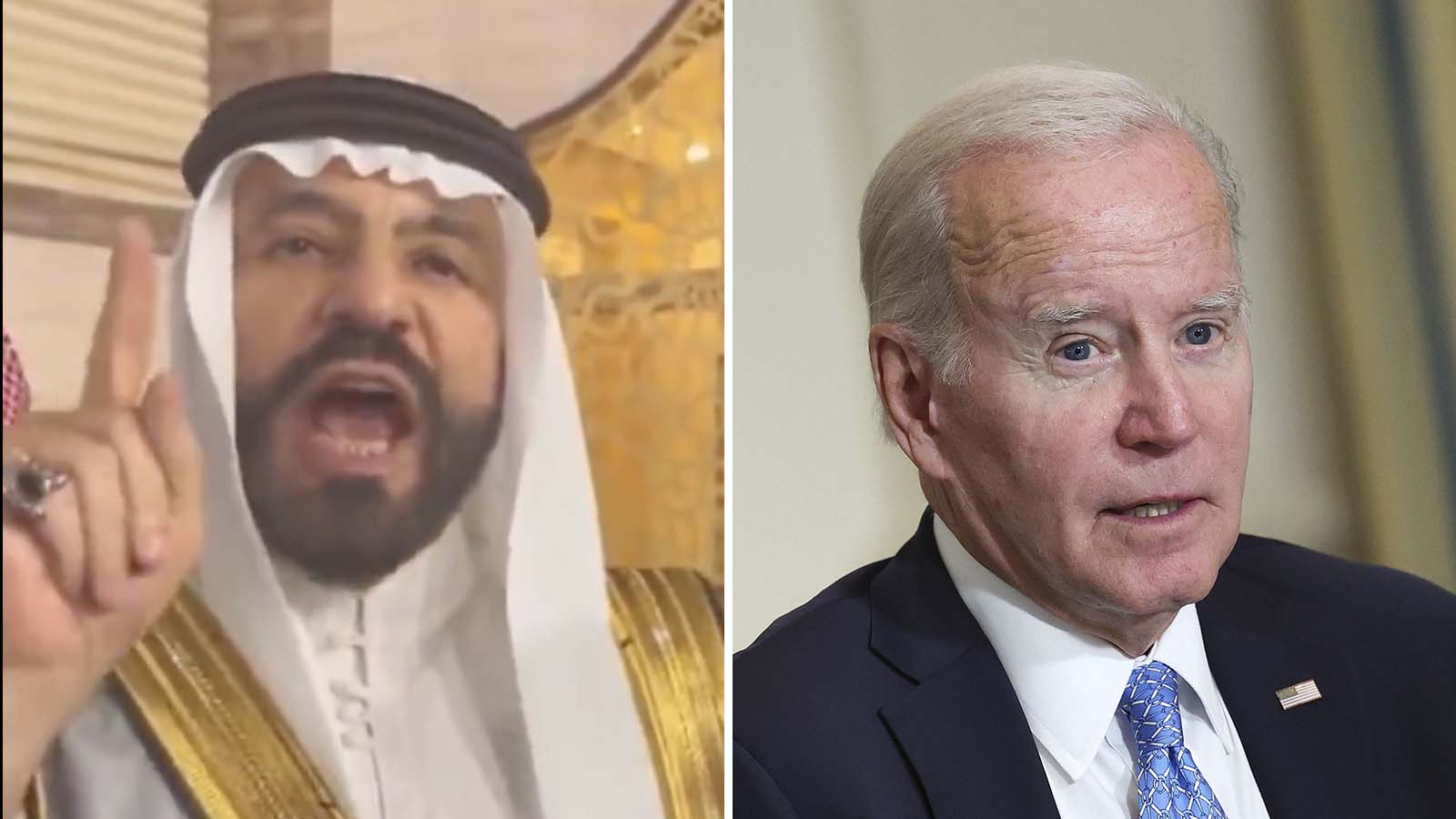 “Anybody that challenges the existence of this country and this kingdom. All of us, we are products of jihad, and martyrdom,” Saudi Prince Saud al-Shaalan, who is married to one of the grandaughter’s of the late King Abdulaziz Al Saud, said in a video that was posted to Twitter Saturday. “That’s my message to anybody that thinks that it can threaten us.”

The video comes amid a time of unprecedented tensions between the U.S. and Saudi Arabia, with the oil-rich kingdom leading an OPEC+ decision last week to cut oil production despite American requests to increase exports.

Biden lashed out at Saudi Arabia following the decision, accusing the country of siding with Russia in its war with Ukraine and warning of “consequences” for the kingdom.

“There’s going to be some consequences for what they’ve done with Russia,” Biden said during an interview with CNN last week.

In response, Saudi Arabia released a long statement of its own denying the decision was made to help Russia.

“The Government of the Kingdom of Saudi Arabia would first like to express its total rejection of these statements that are not based on facts, and which are based on portraying the OPEC+ decision out of its purely economic context,” the Saudi foreign ministry said.

The back-and-forth tensions have caused concern that the longtime security alliance between the U.S. and Saudi Arabia could be in the midst of fracturing.

But a Saudi source tells Fox News Digital that al-Shaalan’s rhetoric does not represent the views of the government and there is a good chance that they will take action against the prince for posting the video.

Prince Saud al-Shaalan in response to the Democrats’ criticism of the Saudi gov:

“To the West: Anybody who challenges the existence of this [Saudi] Kingdom, we are all projects of Jihad and martyrdom”!!

Do you still wonder where terrorism comes from?!https://t.co/YAxSj1NNh6