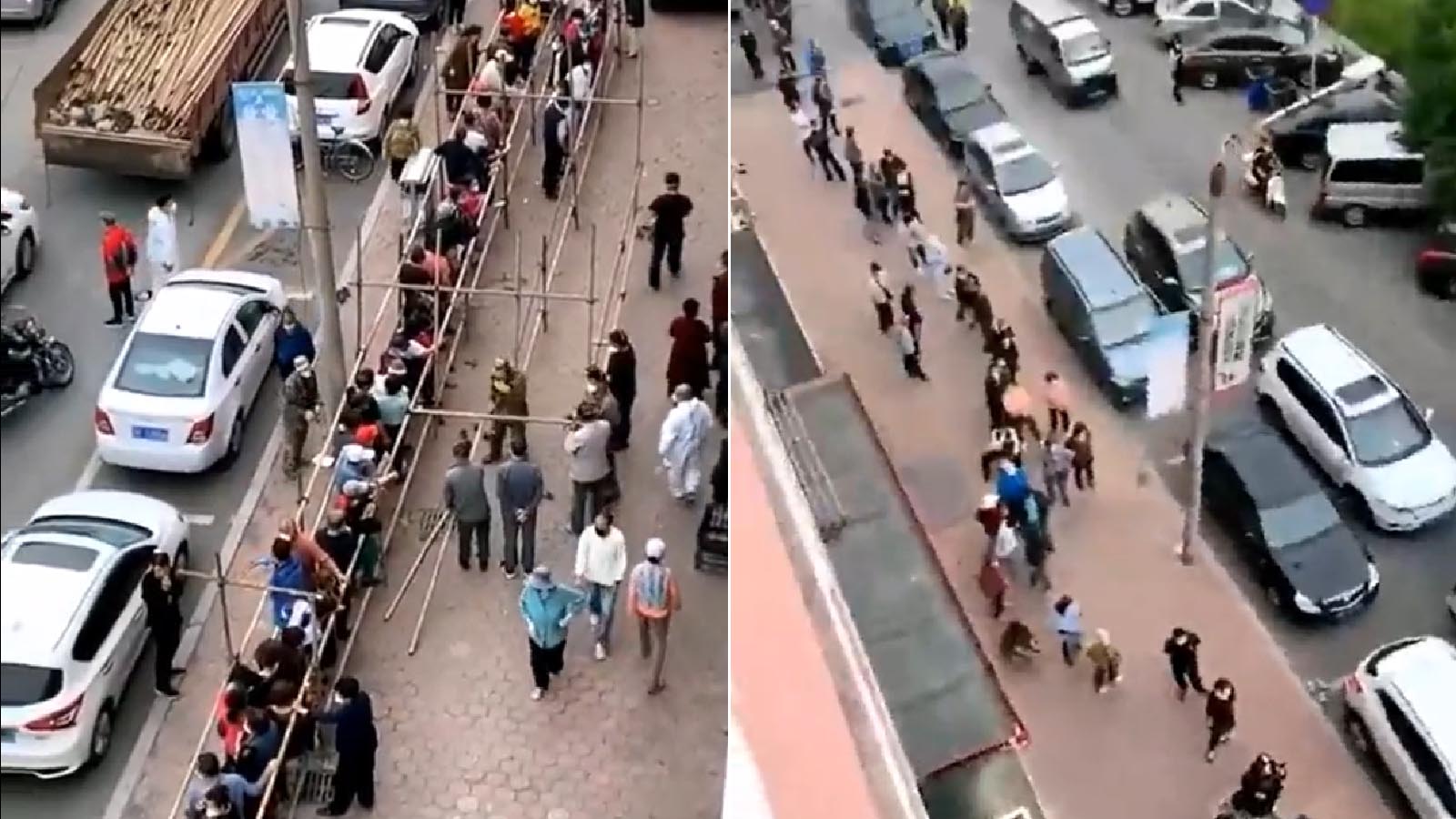 People are reportedly lining up for hours in China to obtain money from their bank accounts in China. The large cities of Henan, Shanghai, and Dandong are three cities where the lines are long.

After years of COVID mandates and a government that the average Chinese down deep doesn’t trust, the people of China are scared that they will not be able to retrieve their life savings. In some cities, people are standing in line for hours to receive their money from their bank.

Recently, freezing depositors’ accounts by four rural banks in Henan has become a hot topic on social media. As a result, customers of these banks could not withdraw their money which led them to move to Zhengzhou, Henan to claim their rights. Following Henan, banks in Shanghai and Dandong (Liaoning) also witnessed a long traffic jam in front of their headquarters.

Depositors in Dandong, Liaoning Province, could not receive their deposits

Youtube channel Zai Ye Shuo posted a video stating that on June 17, many people lined up outside Dandong bank waiting to withdraw their money. The channel wrote, “Done! Bank can’t withdraw money! There was a run on a bank in Dandong, Liaoning, and a thunderstorm on the banks of Henan village caused panic.”

In the video, a long line of depositors can be seen outside Dandong bank, hoping to be able to withdraw their money.

Another video shows the traffic jam at Dandong Bank, Liaoning, on June 16.

Vision times quoted a witness as saying: “When I went to the Rural Commercial Bank, the rural merchants had no money, when I went to Dandong Bank, there were many people, I don’t know in the end whether they got the money or not.

Seeing so many people waiting to withdraw money, a man at the scene said: “It’s been like this these days, it’s like that every day.”

The incident that many depositors in Dandong City, Liaoning Province, could not withdraw their deposits sparked a wave of comments:

“Banking tricks, they purposely tell you to take out so they don’t have to pay interest.”

“Many banks in mainland China are about to collapse! They are closed.”

“The people’s sweat, tears, and riots, heaven will not forgive them.”

“Will future recipients be charged with plotting to overthrow the country?”

“It hurts to see such a great and weak country.”

“People with money in the bank should give it as soon as possible to buy valuables to preserve their value. The bank storm will have a chain reaction. Dandong is just the beginning.. . Let’s see!”