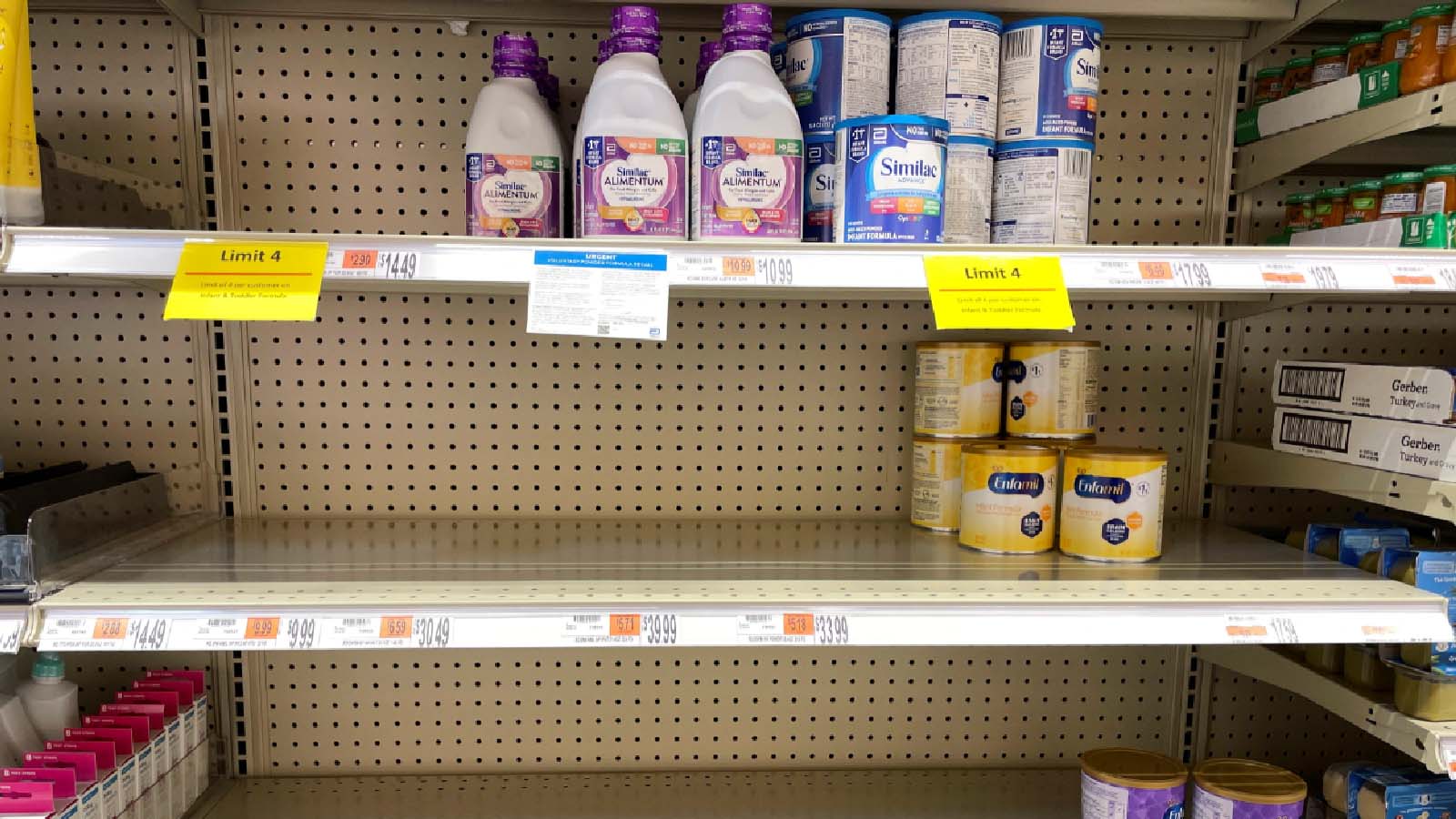 You remember during the lockdowns two years ago when only essential workers – like those at casinos and liquor stores – were allowed to go to work?

Among those who stayed home were Food and Drug Administration food plant inspectors.

As a result, that critical Abbot Nutrition baby formula plant in Michigan shut down in February for bacterial contamination and had no thorough FDA inspection for two years, the Associated Press reports.

As nurses, doctors and utility, retail and transportation workers risked COVID in attempting to keep us healthy, warm and fed, shouldn’t food inspectors have been on the job?

Baby formula plant workers were considered essential. Inspectors of their plants were not.

No wonder that after the lull in inspections, regulators found problems at the Abbot plant – sloppy sanitation procedures and standing water. But they only made suggestions about remedies; they did not even issue a formal warning.

Five months later, inspectors returned to the Abbott plant after bacterial infections sickened four babies who consumed powdered formula made there. The plant had contamination and it voluntarily shut down.

Abbott denies its products were linked to the infections, which resulted in the deaths of two of the babies.

With the Abbott shutdown, things came unraveled as a massive shortage of baby formula eventually required the U.S., in the midst of myriad other supply chain problems, to airlift formula from overseas and to alter regulations for imports.

At the end of May, the national out-of-stock rate for baby formula was 74 percent, according to NBC.

The Abbot plant is now back online, but lawmakers are concerned about possible missteps leading up to the formula supply chain disruption.

Incredibly, baby formula production plants only have to be inspected once every three to five years, although prior to the pandemic, inspections were made annually.

A new bill in Congress would require an inspection every six months. And there’s a government inquiry underway about how the FDA dealt with Abbott.

The trend of increased consolidation of U.S. business activities has meant just a few companies produce 90 percent of our baby formula.

And as baby formula plants are running round the clock, three major plants – two owned by Gerber and one by Reckitt — have not yet seen an inspector since 2019.

Timely inspections during the pandemic might have headed off the Abbott plant shutdown, according to Sarah Sorscher, who specializes in food safety at the Center for Science in the Public Interest.

She recognized there was a tradeoff for the FDA. “Certainly there was a price to pay for protecting their workers during that time,” she said.

No mention of the food production plant workers who soldiered on during the pandemic, even as there were reports of some getting COVID.

While babies went hungry, the FDA made sure there was no shortage of vaccine products. And some see a bias at the FDA toward drugs and medicine compared to food.

“It’s very challenging for them to get engaged at all in this area because they don’t have the background, the knowledge, and the experience in it,” according to Steven Mandernach, executive director of the Association of Food and Drug Officials, which is oriented toward state inspectors.

The Abbott plant contamination was not the facility’s first incident. A recall followed a 2010 possible contamination by parts of insects.

“I think facilities that had known problems that could cause a food safety risk should have been part of FDA’s mission critical work,” according to Mandernach. “And this facility would have been among those.”