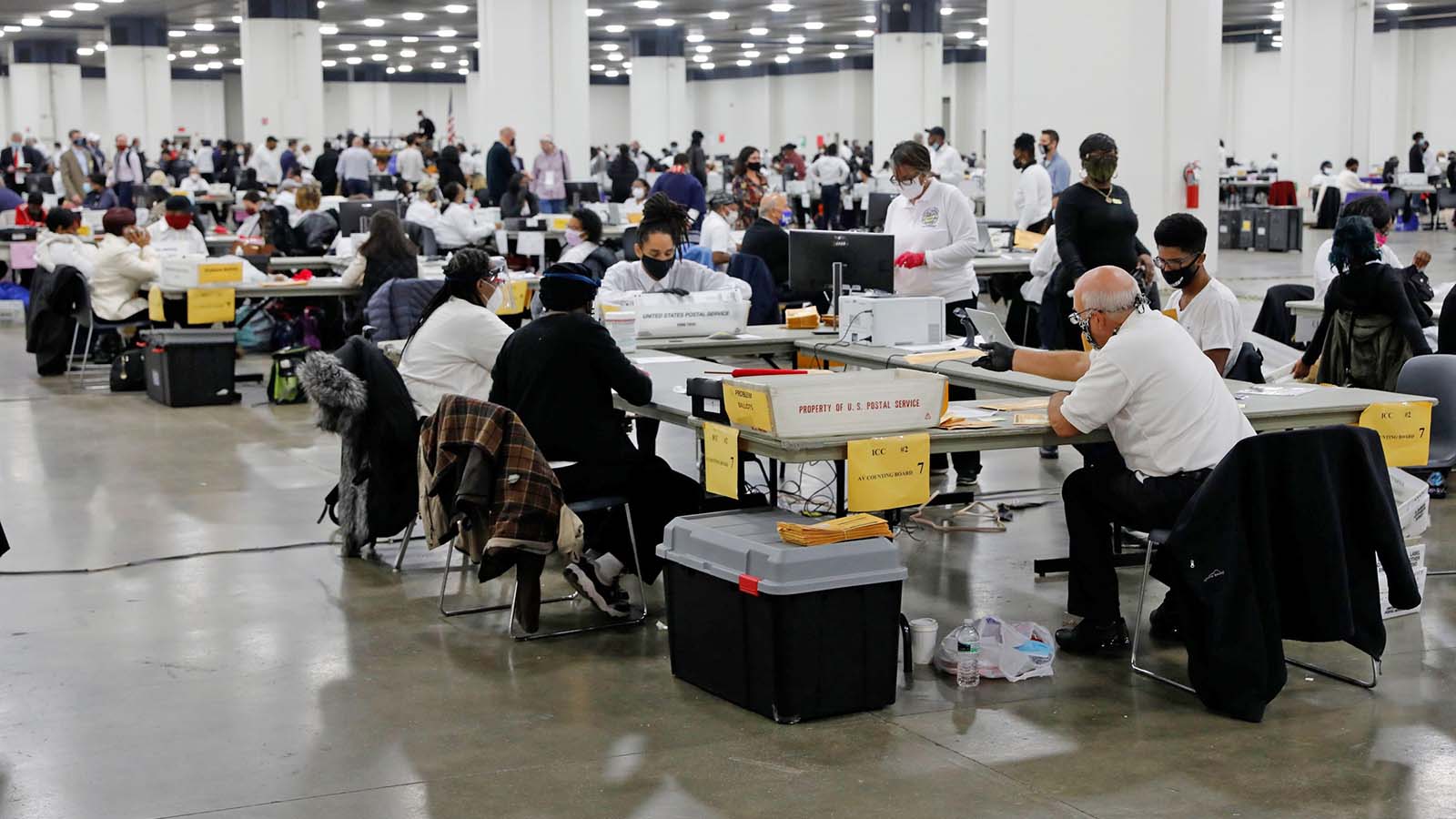 Republicans scored a legal victory this week after a judge ruled against Democrat Michigan Secretary of State Jocelyn Benson over state restrictions that were imposed on poll challengers ahead of the 2022 midterms, according to the Michigan Republican Party.

The Michigan Republican Party and the Republican National Committee (RNC) filed a lawsuit against Benson in a bid to invalidate new instructions that she handed down for election observers and challengers. Michigan Court of Claims Judge Brock Swartzle ordered Benson’s office to either remove a May 2022 manual or amend specific sections that he said violate state election law and the Administrative Procedures Act, a federal law passed in 1946.

“An executive branch department cannot do by instructional guidance what it must do by promulgated rule,” the judge wrote in his Thursday ruling, local media reported. “This straightforward legal maxim does most of the work in resolving these three consolidated cases.”

Swartzle noted that some provisions in the Michigan poll challenger manual including a ban on the use of electronic devices at mail-in ballot counting boards were at odds with the law or did not go through proper public rule-making procedures that require comment from the public and state lawmakers.

The order deems invalid instructions that required challengers to present credentials issued using a form from Benson’s office and restricted election challengers’ communication to only those designated as challenger liaisons.

The RNC and Michigan Republican Party celebrated the win in a statement saying, the ruling is a victory for “the rule of law” and “election integrity.”

“This ruling is a massive victory for election integrity, the rule of law, and Michigan voters,” RNC Chairwoman Ronna McDaniel said in a news release. “Jocelyn Benson not only disregarded Michigan election law in issuing this guidance, she also violated the rights of political parties and poll challengers to fully ensure transparency and promote confidence that Michigan elections are run fairly and lawfully.”

“This legal win will help deliver the transparency at the ballot box that Michiganders deserve with midterm elections in 19 days.”

In a court filing, the state Bureau of Elections argued the manual is needed due to disputes over the 2020 election amid allegations of voter fraud in Michigan.

In response, Benson’s office indicated that it will appeal Swartzle’s ruling, according to a spokesperson.

“We will appeal this ruling to provide certainty to all voters, clerks, election workers, and election challengers on how to maintain the peace and order at all voting locations that state law requires and every voter expects and deserves,” Michigan Department of State spokesman Jake Rollow told The Associated Press.

Rollow contended that the “Michigan Bureau of Elections has always provided clear and detailed instruction for interaction among all participants to ensure legal compliance, transparency, and equal treatment of all voters.”

The 2022 midterm elections will be held on Tuesday, Nov. 8, 2022. Early voting has already started in Michigan and a number of other states.

While Michigan has no contested Senate seats, Gov. Gretchen Whitmer, a Democrat, is facing a challenge from Republican candidate Tudor Dixon.