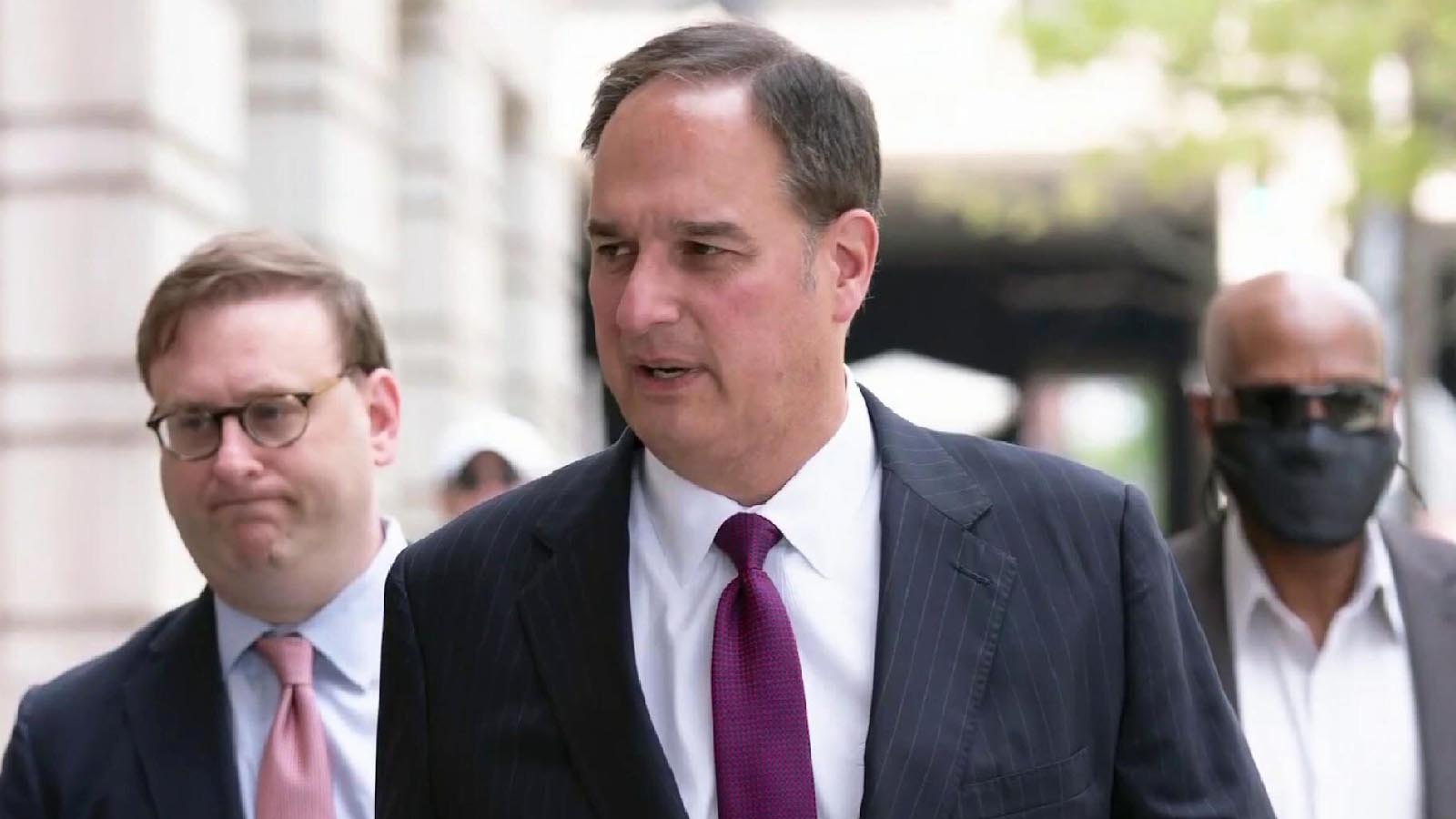 A Hillary Clinton campaign lawyer aimed to influence the 2016 presidential election when he conveyed allegations about then-presidential candidate Donald Trump and Russia to the FBI, U.S. prosecutors said on May 17.

Michael Sussman, the lawyer, and others were hoping to create an “October surprise” by “using and manipulating the FBI,” Brittain Shaw, a prosecutor with Special Counsel John Durham’s team, said during opening arguments in Sussmann’s trial.

The government’s goal is to prove Sussmann lied to FBI general counsel Jim Baker when he provided documents alleging a link between Trump’s business and a Russian bank during a Sept. 19, 2016 meeting at the FBI’s headquarters.

According to a text message Sussmann sent to Baker before the meeting, the lawyer claimed he was bringing the information on his own accord, not on behalf of a client.

But Sussmann, who was representing the Clinton campaign and technology executive Rodney Joffe at the time, was actually passing along the data on behalf of his clients, the government alleges.

The lie was material because the FBI may have chosen to act more cautiously and probe Sussmann’s network, which included a group of researchers at the Georgia Institute of Technology, prosecutors said in the indictment against Sussmann.

The lawyer faces up to five years in prison if convicted.

Jurors also heard from Michael Bosworth, who said that Sussmann did not lie to the FBI.

The lawyer gave information to the FBI because he was legitimately concerned as a “cyber defense attorney” in the rumors and allegations regarding Trump and a Russian bank “owned by an associate of Vladimir Putin,” Bosworth said.

The defense plans to argue that Sussmann was well-known, respected by the government, and had nothing to gain on behalf of his clients by conveying the data to Baker, who had worked with him for years at the DOJ.

Shaw said that Sussmann wanted to use the FBI as a “political pawn” and that he lied “for political aim.”

The case involves “a look, a leap, and a lie,” according to Shaw. The look was meeting with Steele to look into what he had, the leap was reaching out to friendly media outlets to publish the allegations, and when that didn’t happen, Sussmann went to the FBI.

Mueller concluded there was no coordination or cooperation between Trump or his campaign and Russian actors.