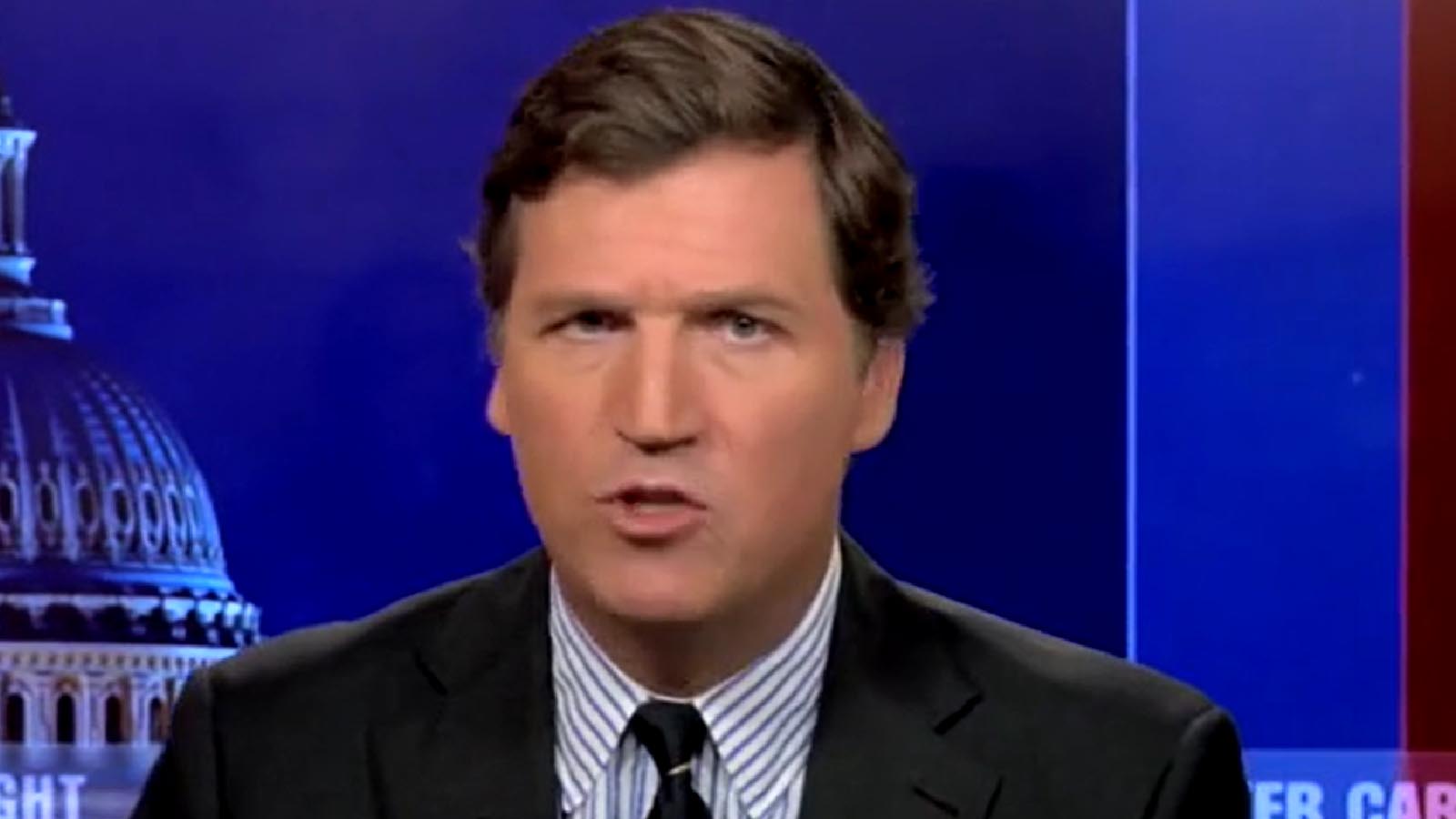 “It’s hard to believe he said that,” Carlson said. “Rioters caused the deaths of five police officers. You just heard CBS News tell its viewers that. This must be the big lie theory. The more bewilderingly false a claim is, the most likely you will be to believe it. Apparently, that’s what they’re betting on.”

Five officers present at the Capitol riot died by either natural causes or suicide. A medical examiner ruled in April, 2021, that Officer Brian Sicknick, who was initially thought to have died from brain injuries after being struck in the head with a fire extinguisher, died after suffering two strokes following the riot. Officers Jeffrey Smith, Kyle DeFreytag, Gunther Hashida, and Howard Liebengood died by suicide after the riot.

Carlson played several segments of CNN and MSNBC repeatedly claiming that Sicknick died from being beaten to death with a fire extinguisher.

“They are lying to you, that is provable,” Carlson said. “Not a single person you just saw has apologized for lying. Not a single one.’

Carlson then played footage of Democratic California Rep. Pete Aguilar claiming that officers “lost their lives” during the riot.

“‘Let’s rally around the truth,’ he says as he lies to you,” the Daily Caller co-founder continued. “May those words burn your tongue, liar.”

Carlson then suggested the House Select Committee investigating the Jan. 6 riot was hiding hours of surveillance footage and the reason why an alleged perpetrator of the breach, Ray Epps, was taken off the FBI Most Wanted List despite being on tape allegedly encouraging the crowd.

“The January 6 committee will not explain that after a year of millions of dollars and a thousand interviews, they won’t tell us,” he said. “Nor will they tell us how many FBI agents and assets were in the crowd that day and what were they doing there? Why can’t we know that? And why are they still hiding thousands of hours of surveillance footage from within the Capitol? If the point of the committee was to get the truth out there, why can’t we see the tape? Why did authorities open the doors of the Capitol to rioters and let them walk in?”

He then pointed to reports of an alleged pipe bomb discovered by Vice President Kamala Harris’ bodyguards, yet she lied about it and hid it from the public for several months.

He then pointed to lawmakers and media pundits’ “lie” that the riots took place due to “white supremacy.” The host said the Jan. 6 protesters were angered by voter ID being optional in large states throughout the country and for voting stopping in the middle of the night in some districts.

“A lot of the protesters on Jan. 6 were very upset about that and they should’ve been,” Carlson said. “All of us should be. But the Jan. 6 committee ignored all of that completely. Instead, on the basis of zero evidence, no evidence whatsoever, they blame the entire riot on white supremacy.”

Carlson said the rioters and protesters had a “valid reason” to be angry, thinking their democracy was being stolen from them. He criticized President Joe Biden and Republicans for their rhetoric against the protesters, including South Carolina Sen. Lindsey Graham, who allegedly told police to shoot more rioters.

Footage showed prominent Democratic lawmakers, including Biden and House Speaker Nancy Pelosi, for calling the incident at the Capitol an “insurrection.”

“We are not defending and would we ever defend vandalism, violence, rioting. We disapproved of it when it happened, we disapprove of it now,” Carlson said. “All riots, not just this one. But this was not an insurrection. But you know what will get you to an insurrection? If you ignore the legitimate concerns of a population; if you brush them aside as if they don’t matter.”

“When gas goes to $5 and you say, ‘Buy an electric car.’ When cities become so filthy and so dangerous that you can’t live there. When the economy becomes so distorted that your own children have no hope of getting married and giving you grandchildren. When you don’t care at all about any of that all you do is talk about yourself, nonstop. You might get an insurrection if you behave like that.”