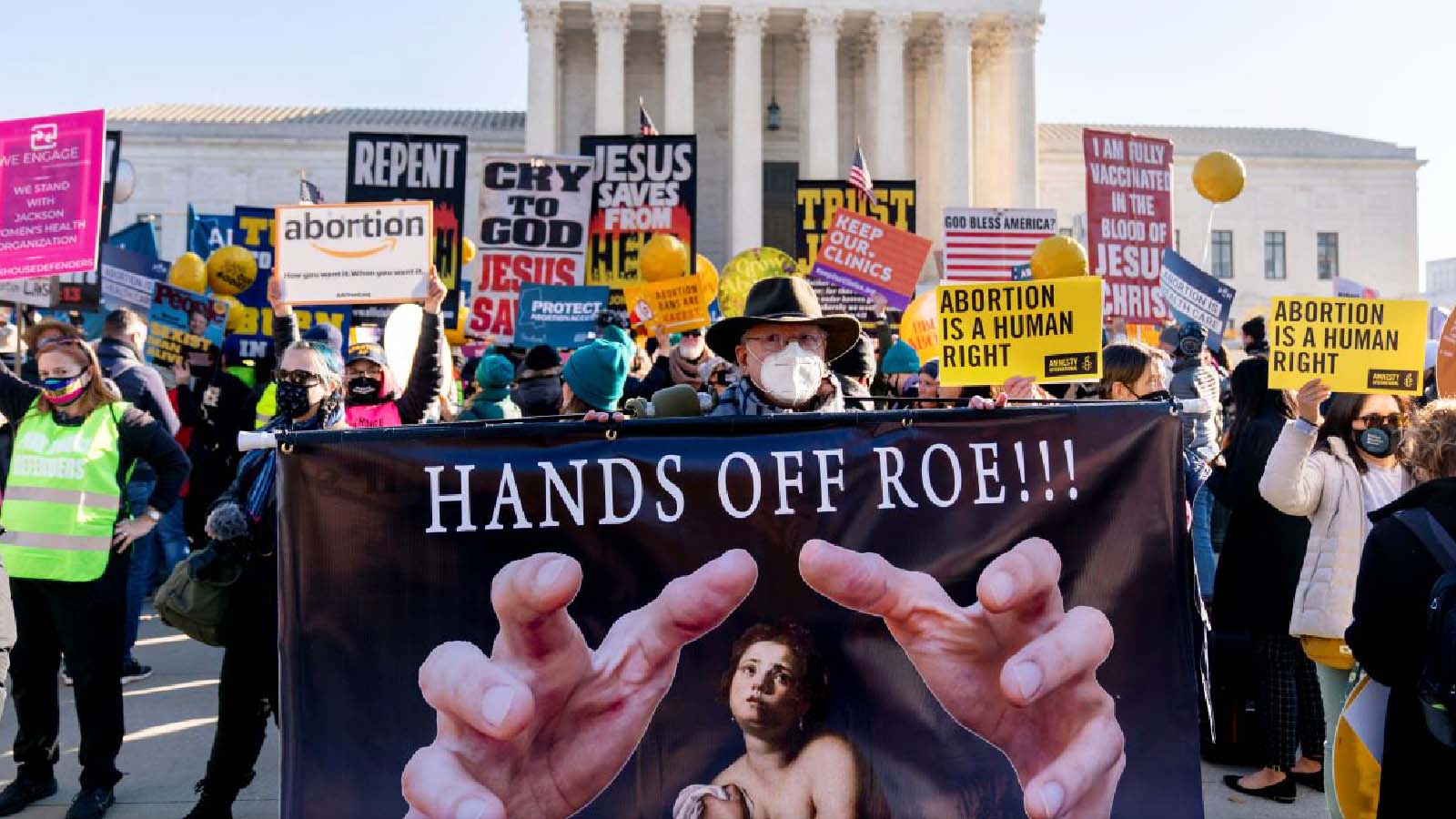 Some 80 pro-abortion protesters descended on Washington on June 13 to block streets and make known their opposition to the court’s looming decision on Roe v. Wade.

“Whose courts? Our courts!” some of the protesters chanted, as they held a sign saying “Our Home Is On Fire.”

“We are not your incubator. [expletive] the court and the legislature,” another chant went.

Metropolitan Police Department officers and U.S. Capitol Police officers were standing on Monday outside the Supreme Court, which is situated near the U.S. Capitol, and walls were erected around the building in May. Protesters blocked several streets outside the court, and have said their intention was to block the entrances so justices could not enter. But heavy police presence at the rear of the court made it impossible for activists to reach the entrance.

No arrests appear to have been made, even though federal law prohibits picketing or parading near a building housing a federal court with “the intent of interfering with, obstructing, or impeding the administration of justice, or with the intent of influencing any judge, juror, witness, or court officer, in the discharge of his duty.”

The protests were organized by activist groups including SCOTUS 6 and Shut Down DC. The groups are riled up by the prospect that the Supreme Court will overturn Roe v. Wade, the 1973 decision that concluded access to abortion is a constitutional right. The decision limited how states can regulate abortion.

A draft ruling leaked in May suggested the court will rule in favor of Mississippi in Dobbs v. Jackson, in effect rolling back the 1973 decision.

It remains unclear when the finalized ruling in the case will be issued. The court released opinions on Monday, but not the one in question.

During the protest, multiple protesters threatened an Epoch Times reporter, who has been reporting on their pre-march meetings, including one in which they said they were not against violent actions.

At first, protesters refused to answer questions about whether their movement supported violence.

“I don’t want to answer that,” one protester said when asked if his group supported violence. “Now is not the time for journalism. Now is a time to respect other people.”

After repeated questions, the protester said he believed multiple direct quotes about supporting violence from other protesters were “out of context.”

“I don’t think the group is okay with violence,” he said.

Ahead of the protests, Metropolitan Police Chief Robert Contee said the agency was increasing its police presence, as well as activating officers trained in handling civil disturbances.

“In addition, we are working closely with our law enforcement, government, and community partners to ensure that all of these events are peaceful and our neighborhoods are safe,” he said at a press briefing with Washington Mayor Muriel Bowser, a Democrat.

Contee warned attendees not to carry firearms and to leave enforcement of laws to the police.

U.S. Attorney Matthew Graves and Assistant Director in Charge Steven M. D’Antuono of the FBI Washington Field Office, meanwhile, said that “we will not tolerate violence, destruction, interference with government functions, or trespassing on government property.”

“We are committed to working closely with our local, state, and federal law enforcement partners to stop any individuals who intend to commit violence or criminal activity under the guise of carrying out a demonstration,” they added in a joint statement on June 10.