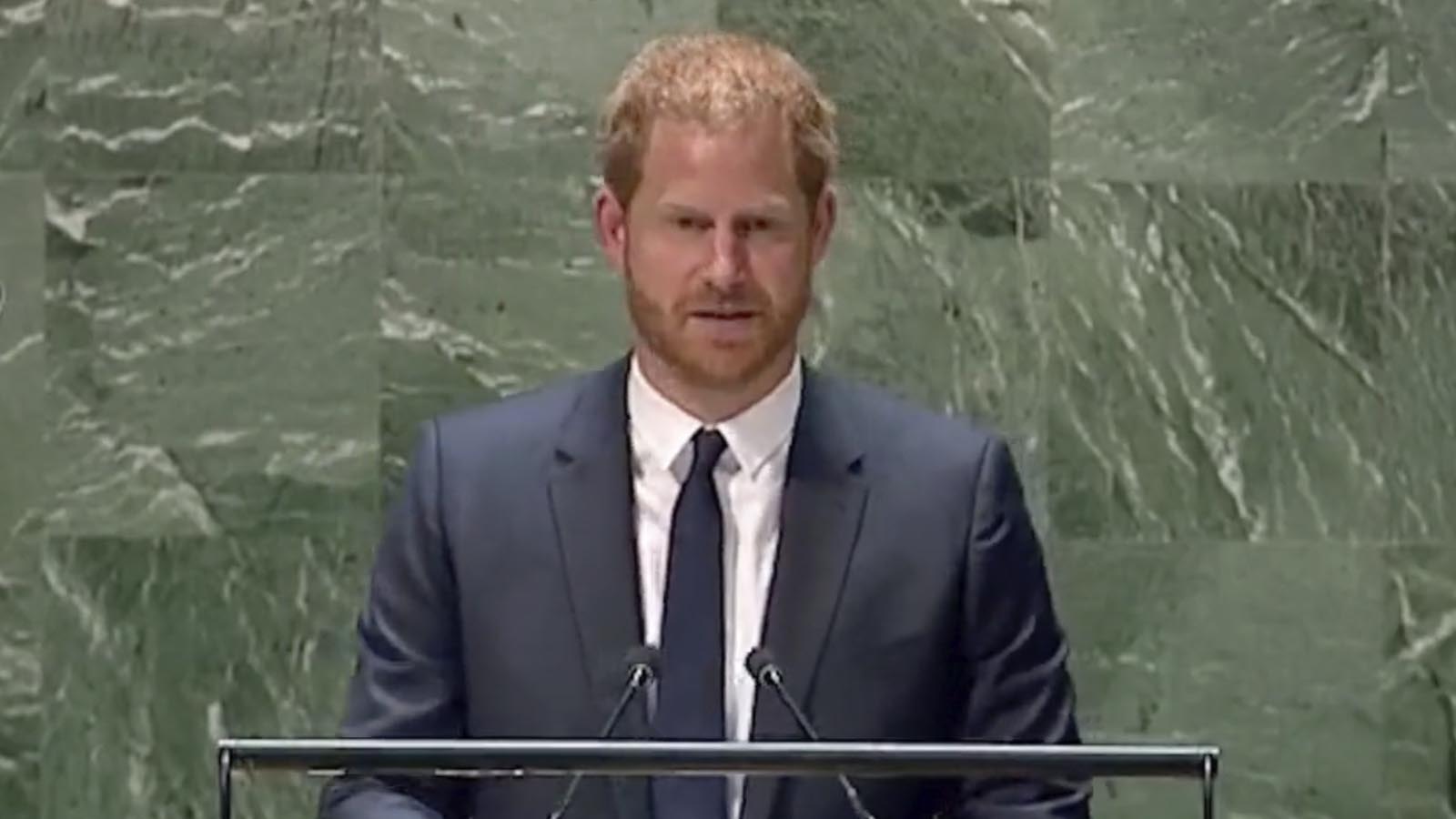 On Monday, during a keynote speech at the U.N. honoring Nelson Mandela International Day, Prince Harry took the opportunity to insult his adopted country.

While Harry shared endearing stories of Mandela, he apparently felt the forum and the occasion were appropriate to deviate from celebrating the lauded Human Rights leader and shift to left-wing talking points.

Prince Harry blasted freedoms in his new home, the US, Monday in an address to the United Nations in New York City — as he warned of a “global assault on democracy and freedom.”

The runaway UK royal was delivering a keynote speech to the UN General Assembly in honor of the late South African leader Nelson Mandela when he pointed to the US as a cautionary tale.

“From the horrific war in Ukraine to the rolling back of constitutional rights here in the United States, we are witnessing a global assault on democracy and freedom — the cause of Mandela’s life,” he said.

“This has been a painful year in a painful decade,” the Duke of Sussex continued.

“We’re living through a pandemic that continues to ravage communities in every corner of the globe; climate change wreaking havoc on our planet, with the most vulnerable suffering most of all; the few, weaponizing lies and disinformation at the expense of the many.”

Prince Harry condemned the US during a speech at the United Nations. Yet another reason why we need to secure the border. Who let the Red Coat into the country?

English monarch issues criticism on democracy and freedom in the upstart colonies. https://t.co/DCWIZY4Rdq

Harry doesn’t seem to mind availing himself of private jets or expending the resources necessary to live in a 18,000 square foot home he lectures the little people on saving the environment. He and his woke wife Megan are reported to have take 21 private jets in two years according to Newsweek.

While Harry lectures the world on abortion restrictions in America, he is conveniently silent about the limits on abortion in his homeland and around the world.