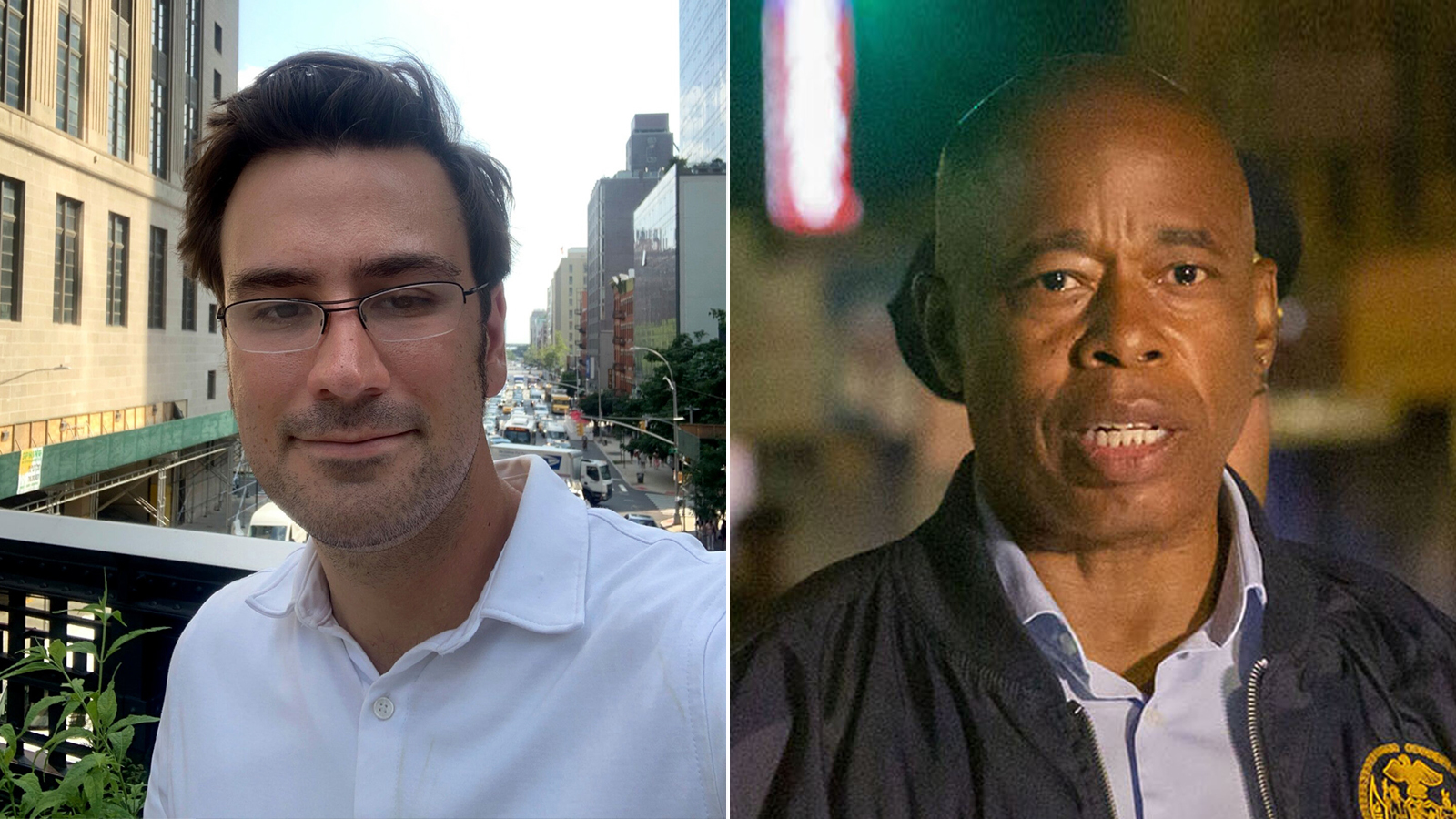 If this isn’t a sign of the times, nothing is.

Amid rising crime in the Big Apple, one of Mayor Eric Adams’ aides was mugged in broad daylight Tuesday while scouting a location in Brooklyn for a planned visit by Hizzoner, law-enforcement sources told The Post.

The brazen caper took place even though the victim, a civilian member of Adam’s advance team, cautioned that he was a well-connected City Hall employee, a high-ranking police source said.

“You don’t want to do this. I work for the mayor,” he told the two crooks.

But in a show of utter contempt, they ignored the warning, with one man lifting his shirt to display the butt of a pistol tucked into his pants, the source said.

The incident began when the victim — Manhattan resident Christopher Baugh, 33 — refused to turn over his wallet and cellphone, telling the robbers, “Get out of my way,” cops said.

Instead, one stuck his leg out behind Baugh and the other pushed him to the ground.

After he failed to convince them to leave him alone, they rifled his pockets and swiped his city-issued phone and a wallet holding five credit cards, cops said.

“New Yorkers would feel a lot better if the muggers were afraid of committing a crime against a mayor’s staffer. They were not,” he said.

“That’s all you need to know. New Yorkers are going to feel less safe.”

The disturbing incident unfolded around 10:30 a.m on a traffic island at the intersection of Navy and York streets, sources said.

The scene of the crime is located between the low-income Farragut Houses and the former Brooklyn Navy Yard, which is being redeveloped into $2.5 billion worth of commercial and industrial buildings.

Afterward, Baugh walked one block south to the Sands Street entrance to the former navy yard, where he found a security guard and called 911, a source familiar with the incident said.

The site’s attractions include the city’s first Wegmans supermarket, which opened in 2019 and proved so popular that the grocery chain plans to open another in Manhattan next year.

Tuesday’s mugging came amid a surge in crime since Adams, a former NYPD cop, was elected last year after running on a pledge to restore law and order to Gotham.

As of June 26, major crimes across the five boroughs were up 37.8% this year compared to the same period in 2021, with robberies rising an even higher 39.4 %, according to official NYPD CompStat data.

Baugh was hired as a special assistant by former Mayor Bill de Blasio in May 2021, according to city payroll records.

He formerly worked for the start-up Alliance of American Football, which was launched in February 2019 but went bust before finishing its scheduled 10-week, inaugural season, according to his LinkedIn profile.

He’s been spotted by The Post among Adams’ official entourage at recent events and a former City Hall colleague described him as a “hard worker” and all-around “good guy.”

Baugh declined to comment but in a prepared statement, Adams press secretary Fabien Levy said, “Chris works hard for the city every day, and he deserves to be safe while conducting his job, just like every other New Yorker.”

“Public safety has been Mayor Adams’ top priority since day one and that is why the NYPD is working diligently every day to reduce crime,” Levy said.

“As the mayor said today, he wants results as quickly as possible, and while we have seen progress over the last few months — taking more than 3,000 guns off the streets and reducing shootings and homicides by double digits — there is no overnight fix.”

Levy also said that Baugh’s mugging “only further highlights the urgency to get dangerous guns and dangerous people off our streets as quickly as possible.”

The incident was first reported by WNBC 4 New York.