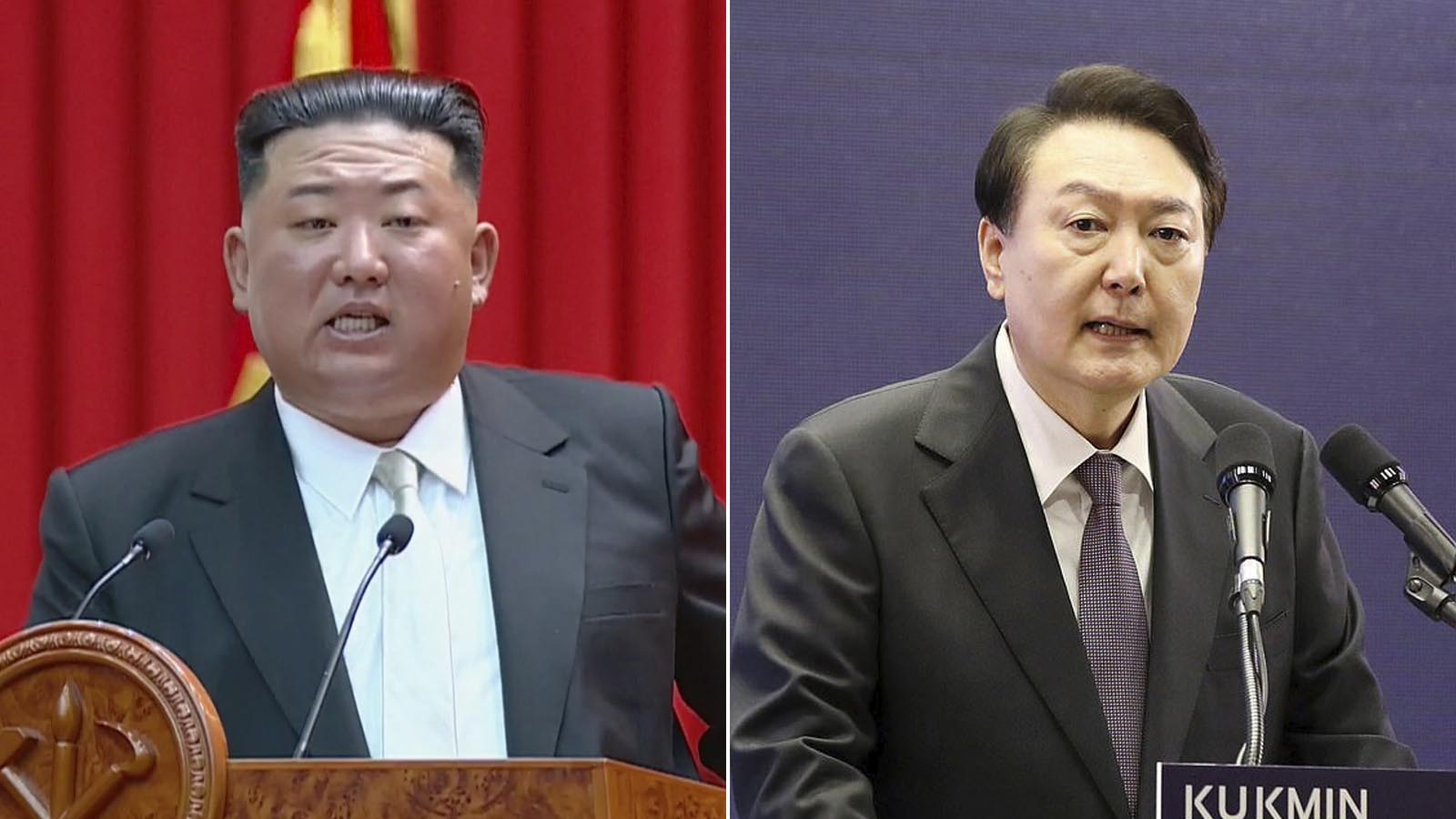 North and South Korea say they have exchanged warning shots along their disputed western sea boundary.

North Korea’s military said it responded by firing 10 rounds of artillery shells as a warning to South Korea.

There were no reports of clashes between the Koreas.

In a hugely provocative move that ramps up simmering tensions in the eastern Pacific, North Korea fired a Intermediate Range Ballistic Missile over Japan earlier on this month for the first time since 2017 – prompting evacuation warnings in Japan.

WIthin hours America and South Korea retaliated with their own show of force and capabilities in the region.

The drills aimed to demonstrate the allies’ ‘capabilities to conduct a precision strike at the origin of provocations,’ they added.

North Korea’s missile was launched around 7.20am from its Mupyong-ri test site, near the border with China, and passed over Japan’s Tohoku region around five minutes later. Warning sirens sounded and civilians were told to take cover.

The rocket passed over the mainland and continued 1,800 miles off Japan’s eastern coast before splashing down in the Pacific around 7.45am – making it the longest-ranged North Korea missile test ever. No damage was caused and nobody was hurt.

None-the-less, the test is a clear provocation likely in response to joint US, South Korean and Japanese naval drills last week and that North Korean despot Kim Jong Un regards as a rehearsal for an invasion.

It also comes off the back of a quick-fire series of North Korean missile tests – now five in 10 days – and comes amid US warnings the country is gearing up for another nuclear test as Pyongyang ramps up tests to build a fully fledged nuclear arsenal.

The missiles viably threatens US allies and the American homeland with the goal of wresting outside concessions, some experts say. The nuclear-capable weapon could reach the US territory of Guam and possibly beyond.