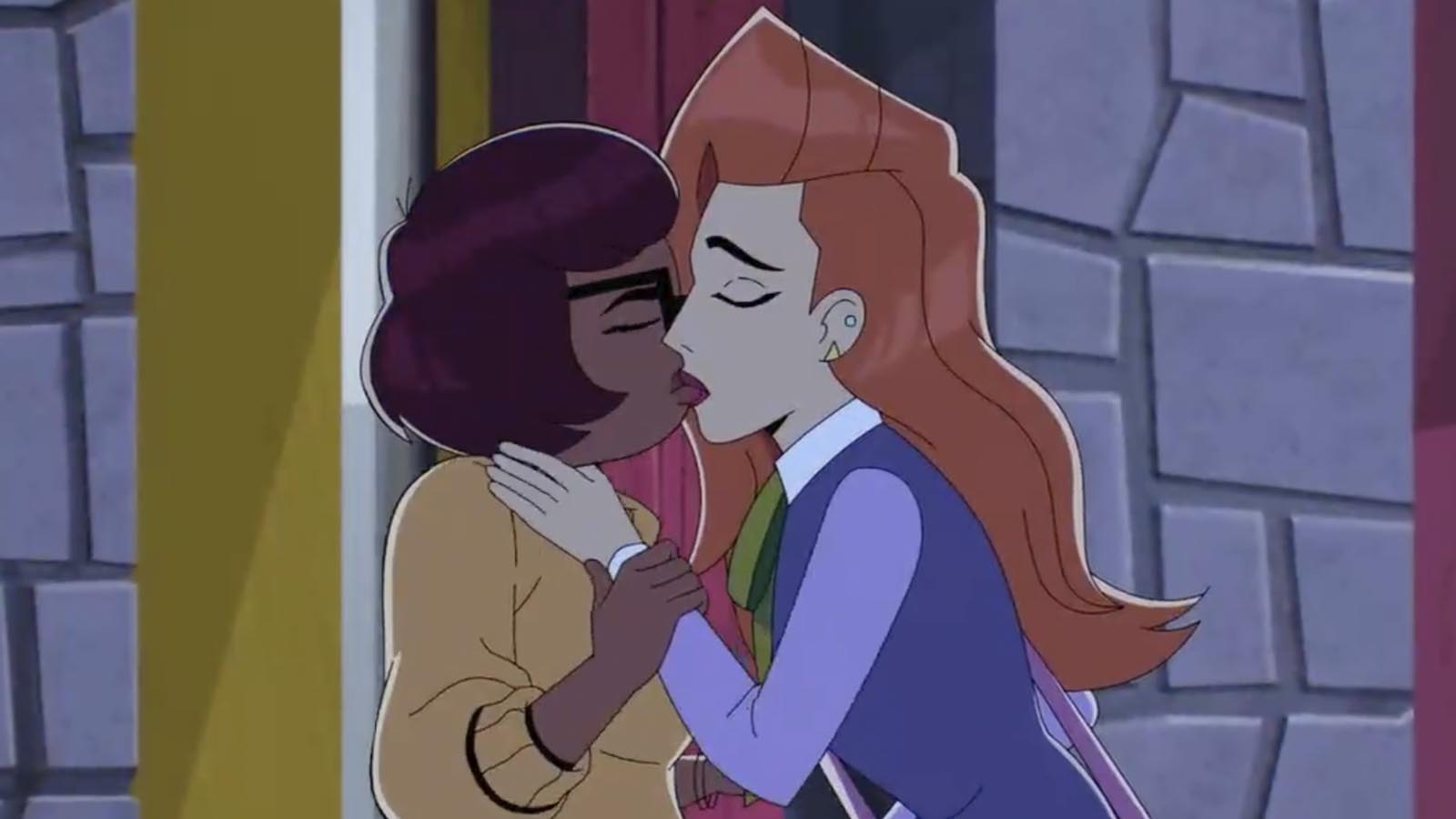 The Mindy Project and Never Have I Ever creator Mindy Kaling says her new Velma Dinkley origin story, Velma, updates and honors a cherished character to whom she and millions of others related when they were growing up.

Sharing DNA with the 1960s Scooby-Doo cartoon and its live-action movie sequels, this adult animated comedy series with a diverse cast premiered on HBO Max Thursday.

It looks at high-school students Velma (Kaling), Daphne (Constance Wu), Fred (Glenn Howerton), and Norville/Shaggy (Sam Richardson) before they teamed up with a dog named Scooby-Doo to solve mysteries and unmask villains.

“So, what I loved about [Velma] is she is the closest to what I could see — a smart, A-student with thick glasses that are always falling off, skeptical. She has a lot of these amazing qualities,” the 43-year-old actress said.

“As a kid watching the reruns of the original Scooby-Doo, I felt like I really identified with this character. I love that she exists. She’s not traditionally gorgeous. She just helps the gang out because she is so smart.”

Bringing her own South Asian culture and making Daphne Taiwanese American and making Shaggy Black were ways for Velma to bring the Scooby-Doo story into 2023.

“The possibilities of animation are so big,” Kaling said.

“We’ve been so inspired by Into the Spider-Verse and seeing these other characters that can embody the spirit of these iconic franchises, and we were like: ‘Why don’t we try that? We love Scooby-Doo so much and we’re going to honor it.’”

Velma: "If I were a rich white dude I'd kill everybody, just to get away with it"

“It’s such an amazing series, the 1960s show, and we love it. We love what other people have done with their own versions of it, like the movies, and we thought this was an interesting, fun way to make a different choice — something that hadn’t been done before.”

Showrunner Charlie Grandy noted the White appearance of the characters was not integral to them in the original series.

“Except Fred. Fred felt like a very White person,” he said.

“He’s the Whitest character in the history of television,” Kaling quipped.

Grandy understood how deeply Kaling related to Velma and how appropriate it was for her to play the heroine.

“When Mindy came to me and said she wanted to do it, it was because she connected to her because she was this girl who was the smart one who does all of the work and doesn’t get nearly enough credit,” Grandy said.

“It wasn’t until we got much farther down the road where it looked like this might happen that we really started to talk about how the character should look and should they be South Asian. At the time we were like, ‘Why wouldn’t they be in this day and age?’”

Velma’s sexuality, upon which fans often speculate, will also be addressed on Velma.

“Her self-discovery is a really big part of this series. We don’t want to ignore it. It’s what’s interesting to people. She’s an icon for young gay women,” Kaling said. “Her figuring it all out is a big part of the show and why it’s really fun to do.”

“I was interested in taking the comedy and the humor of the original and adapting it for older audiences — trying to make it with harder jokes and scarier, as well,” Grandy said.

Kaling said she hopes her daughters watch and enjoy the series, but not until they’re in college.

“This is a scary show with murders. One of the things we liked about it was these high school kids being really brave and having to deal with something very scary,” she said. “It’s also tackling a lot of what teens deal with in modern high-school life.”

I’m halfway through the second episode of #velma and I’m honestly not able to push-on. This writing is so exhaustingly meta, egregious and offensive to its target audience that I’m unsure how it was even green lit in the first place.

Grandy said he enjoyed exploring the friend dynamics of the show, too.

“One of the big mysteries of the original Scooby-Doo is, ‘How did these four very different people come together? What really drew them together and what sort of kicked it off?’”

The story, he said, also looks at how their parents’ personalities and decisions made them the people they ultimately become.

“That’s such a trope in teen dramas especially today — teens paying for the sins of their parents. I really wanted to fold that into this series, as well,” Grandy said.

The show will explain why Velma says, “Jinkies!” and when Norville becomes Shaggy, he said.

Velma also seeks to explain what happened to the characters as teens that would make them want to put themselves in danger to solve mysteries — for free — every week later on in their lives.

“What did they go through in high school that was so bad that pushed them to want to do that,” Grandy asked rhetorically. “We amped up the suspense and fear level of the crimes they’re investigating.”