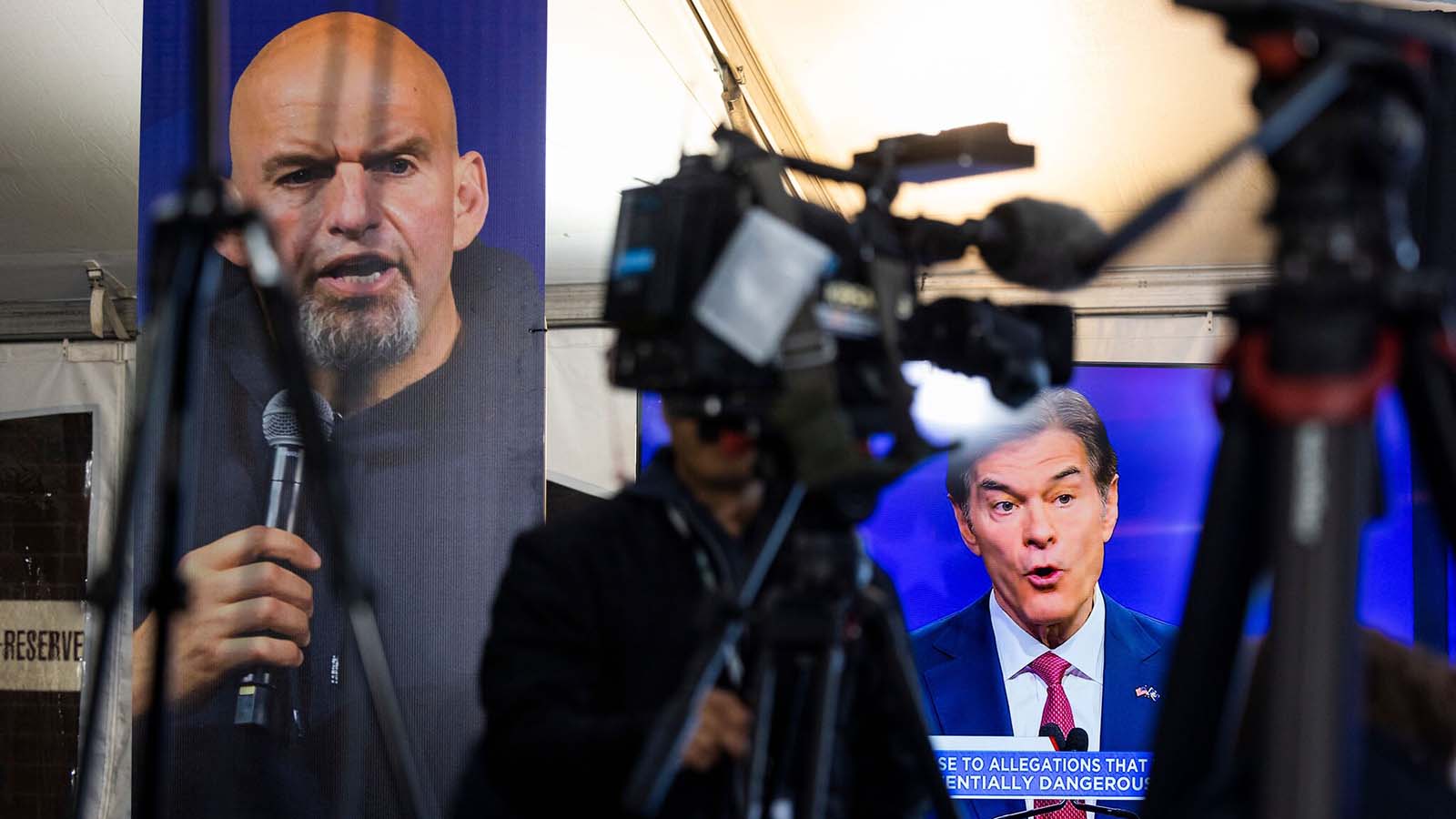 A new InsiderAdvantage poll in Pennsylvania’s U.S. Senate race between Dr. Mehmet Oz and Lt. Governor John Fetterman shows the Republican up nearly three points over Fetterman in a survey that was conducted before this week’s debate in which Fetterman imploded on live TV.

The results of the poll that wrapped up on the day of the debate shows Fetterman at 44.8 percent while Oz popped up to 47.5 percent. Just 3.6 percent of likely voters reported they are still undecided. 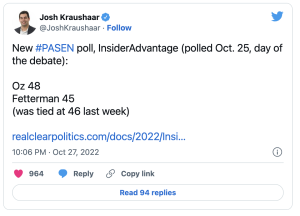 Digging into the data, Oz is leading among voters 18-39 and 40-64, while Fetterman is doing better among voters 65 and older. Perhaps most significantly, Oz is dominating Fetterman when it comes to independent voters. Just 22.5 percent of independents said they supported Fetterman while 65.9 percent now back Oz with fewer than two weeks left in the contest.

The survey of 750 likely voters in the Keystone State that left the field on October 25 has a margin of error of 3.58 percent.

The inclusion of Thursday’s InsiderAdvantage poll now means that the RealClearPolitics polling average in the U.S. Senate race has Fetterman with a 0.3 point lead — making it the closest Senate race in the 2022 midterms for now.

The Cook Political Report has the Pennsylvania U.S. Senate race ranked as a “toss up” after moving it back into anyone’s game territory from its earlier rating as “Leans Dem.”

The poll showing Oz in the lead in PA comes as his campaign releases a post-debate ad emphasizing the wrong track America’s on under Democrat control of Washington, D.C., and making the case for Oz as “the candidate for change.”

If you are unhappy with where America is headed, I'm the candidate for change. pic.twitter.com/3UCjtlBcB2