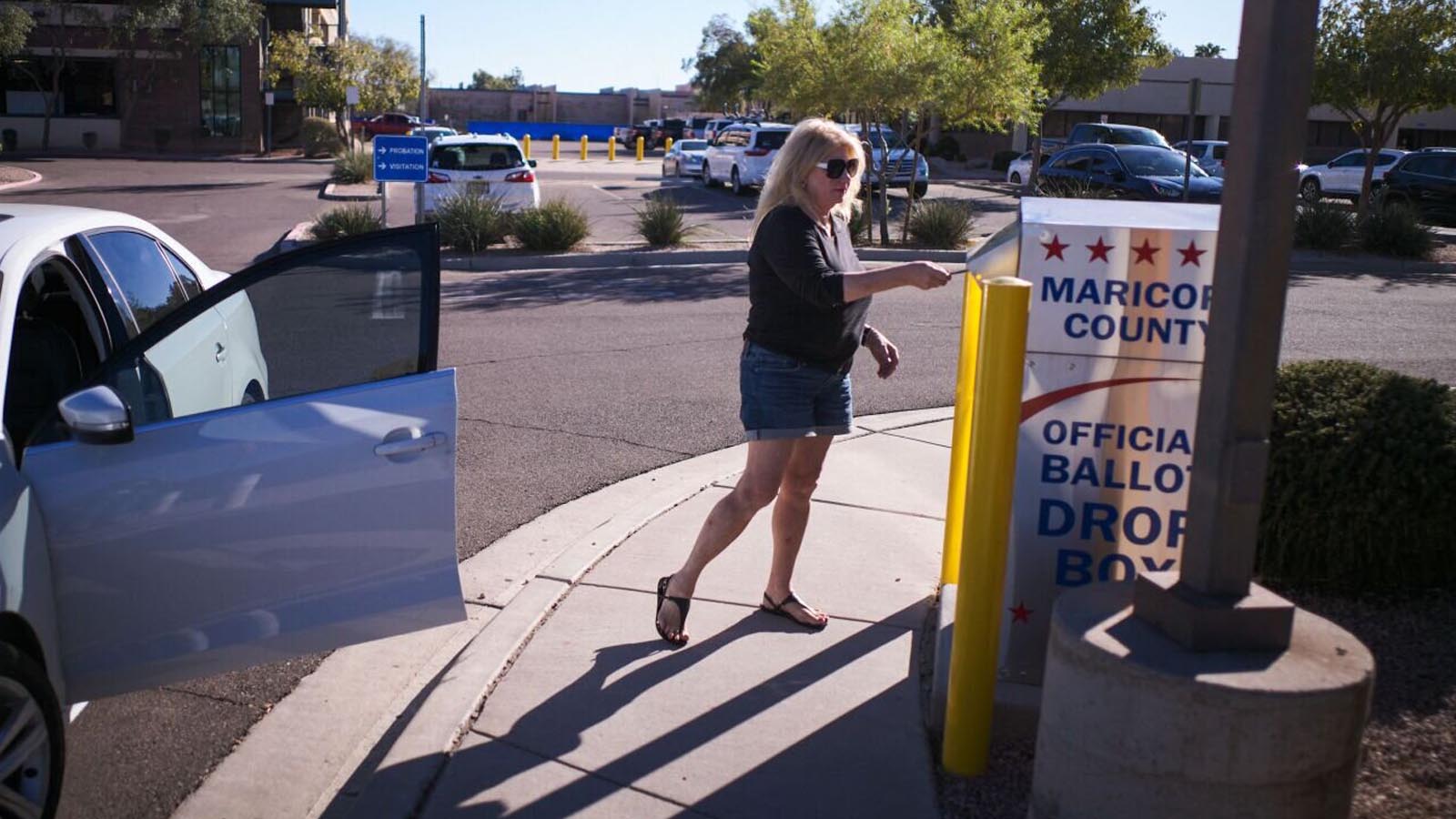 Republicans are projected to have a good night on Nov. 8 in the Senate, according to a new forecast released Thursday.

The model from RealClearPolitics shows that the GOP will control the Senate with 54 seats, as compared to Democrats’ 46 seats. It predicted that Republicans will now likely take seats in Arizona, Nevada, Georgia, Pennsylvania, and New Hampshire.

It comes as recent polls signaled that Americans are increasingly dissatisfied with the direction the United States is heading. One from Gallup found that 17 percent of respondents said they’re satisfied with where the country is going, which is the worst of any midterm since at least 1982, according to the pollster.

Meanwhile, decades-high inflation appears to remain the top issue for many voters. A poll from Quinnipiac released Wednesday found that 36 percent of voters view inflation as the top issue, which far outpaces the No. 2 choice, abortion, which garnered 10 percent.

“What issue concerns Americans most? It’s not even close,” Quinnipiac University Polling Analyst Tim Malloy said. “Inflation: the price of putting food on the table, paying for gas at the pump and the diminishing value of the money they earn runs away with the ranking,” he added.

Republicans have targeted the Biden administration and Democratic policies as a primary cause of decades-high inflation. They’ve also said that polices around oil drilling and COVID-19 lockdowns have harmed the U.S. economy and that Democrats are to blame.

In that poll, 34 percent said that they believe President Joe Biden is handling the economy well, whereas 61 percent said he isn’t.

Biden and members of his party have focused on abortion following the Supreme Court’s historic reversal of Roe v. Wade over the summer as well as accusing Republicans and supporters of former President Donald Trump of being extremists who will undermine U.S. institutions.

On Wednesday evening, Biden continued that trend and attempted to tie the alleged attack targeting Paul Pelosi to claims that the 2020 election was stolen. The suspect in that incident last week, David DePape, was known to be involved in far left-wing circles and reportedly had a history of mental illness.

“There’s an alarming rise in the number of people in this country condoning political violence or simply remaining silent,” Biden said, again attacking candidates who have questioned the mainstream narrative around the 2020 election. “In our bones we know democracy is at risk, but we also know this: It’s in our power to preserve our democracy.”

Later in the speech, Biden asserted that it will take time to count mail-in ballots and early, in-person ballots following next week’s midterms. “It is important for citizens to be patient,” Biden said.

Several polling analysts on Wednesday told The Epoch Times that polls—even those that show Republicans pulling slightly ahead of Democrat candidates—could suffer from a “bandwagon effect.”

Poll results from FiveThirtyEight, RealClearPolitics, and others like The New York Times have frequently favored Democrats in Senate and gubernatorial races.

“People who are looking at polls where the sample is [made up of] registered voters are wasting their time, because those polls are designed to make Democrats look good. People need to focus on polls that have a larger sample, like 1,000 voters, and they need to be ‘likely voters’ versus registered voters,” Leitner told The Epoch Times, adding that for this election cycle, “Democrats peaked too soon” after the Supreme Court ruling.

“Polls show that abortion isn’t even the top-three issue for the majority of Americans when asked,” he added. “Everything is coming back to inflation, the economy, gas prices, and crime.”