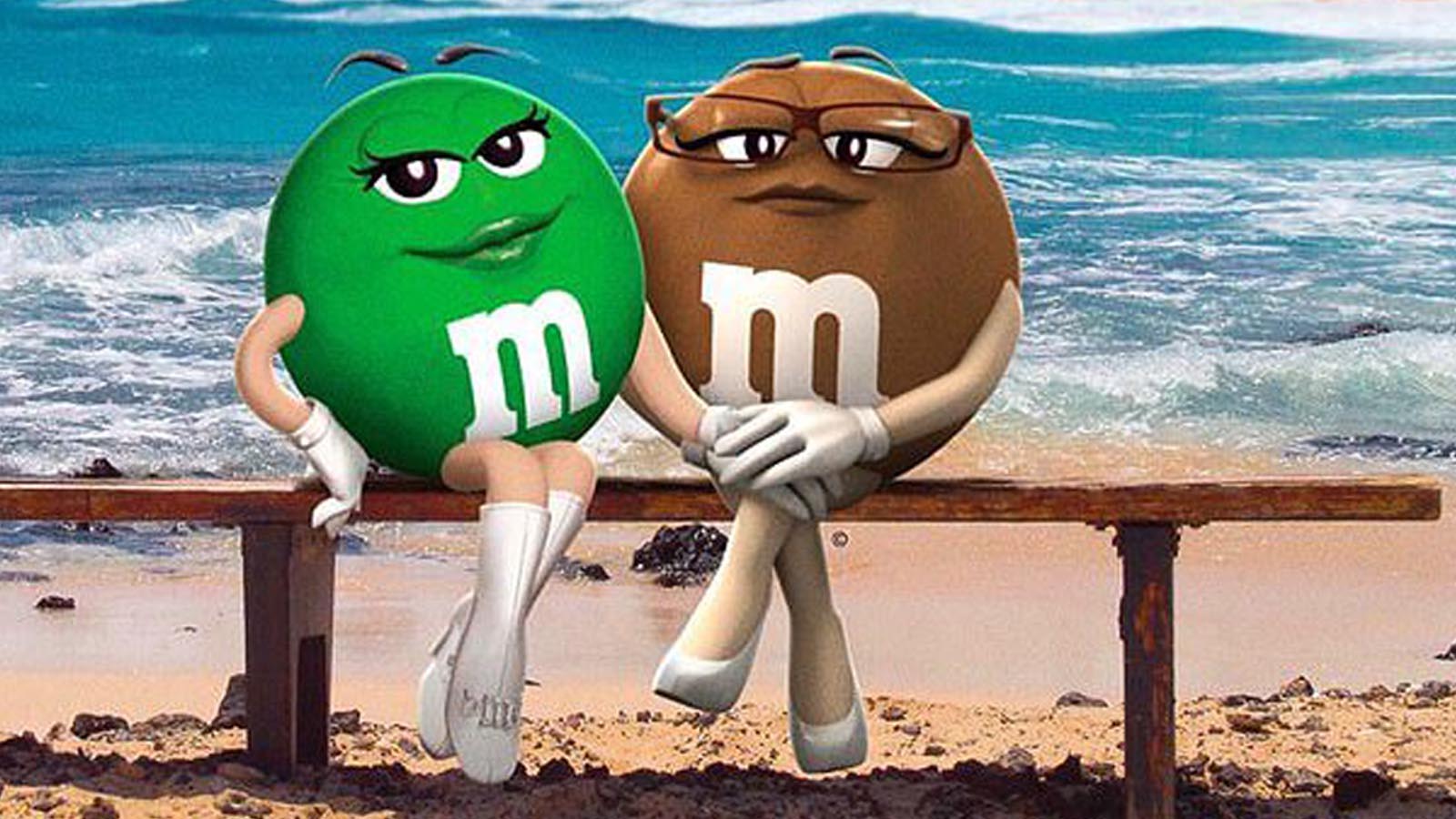 M&M’s is launching woke ‘all-female’ packs to celebrate female empowerment and attempt to shake things up in a continued shift toward progressive branding.

The all-female package – upside down, to show how powerful women have ‘flipped the status quo’ – will be the first time the brown and green M&Ms have been featured together since a viral tweet from 2015 sparked rumors they were a lesbian couple.

The tweet contained a picture of the two characters holding hands on the beach, posted just two days after the Supreme Court effectively legalized gay marriage.

In fact, a search for the two characters in the notorious fan fiction site Archive Of Our Own produces 11 different results. The green M&M supposedly posted the tweet herself, writing: ‘It’s rare Ms. Brown and I get to spend time together without some colorful characters barging in.’

Each of these limited run packages will only include the female-coded green, brown and purple versions of the miniature candies.

There will be milk chocolate, peanut and peanut butter versions of the upside down packages, showing how women ‘are flipping how they define success.’

They debuted ‘Purple’ – the first ever female peanut M&M spokescandy, who has been designed to represent acceptance and inclusivity and is ‘quirky, confident and authentic’.

More than 10 million fans voted to add the color to the confectionary’s current rainbow in May, beating aqua and pink.

Purple’s arrival was announced with ‘I’m Just Gonna Be Me,’ a new promotional song and music video, which launched on Tuesday.

Jane Hwang, global VP at Mars Wrigley said: ‘There is so much about our new spokescandy that people can relate to and appreciate, including her willingness to embrace her true self – our new character reminds us to celebrate what makes us unique.’