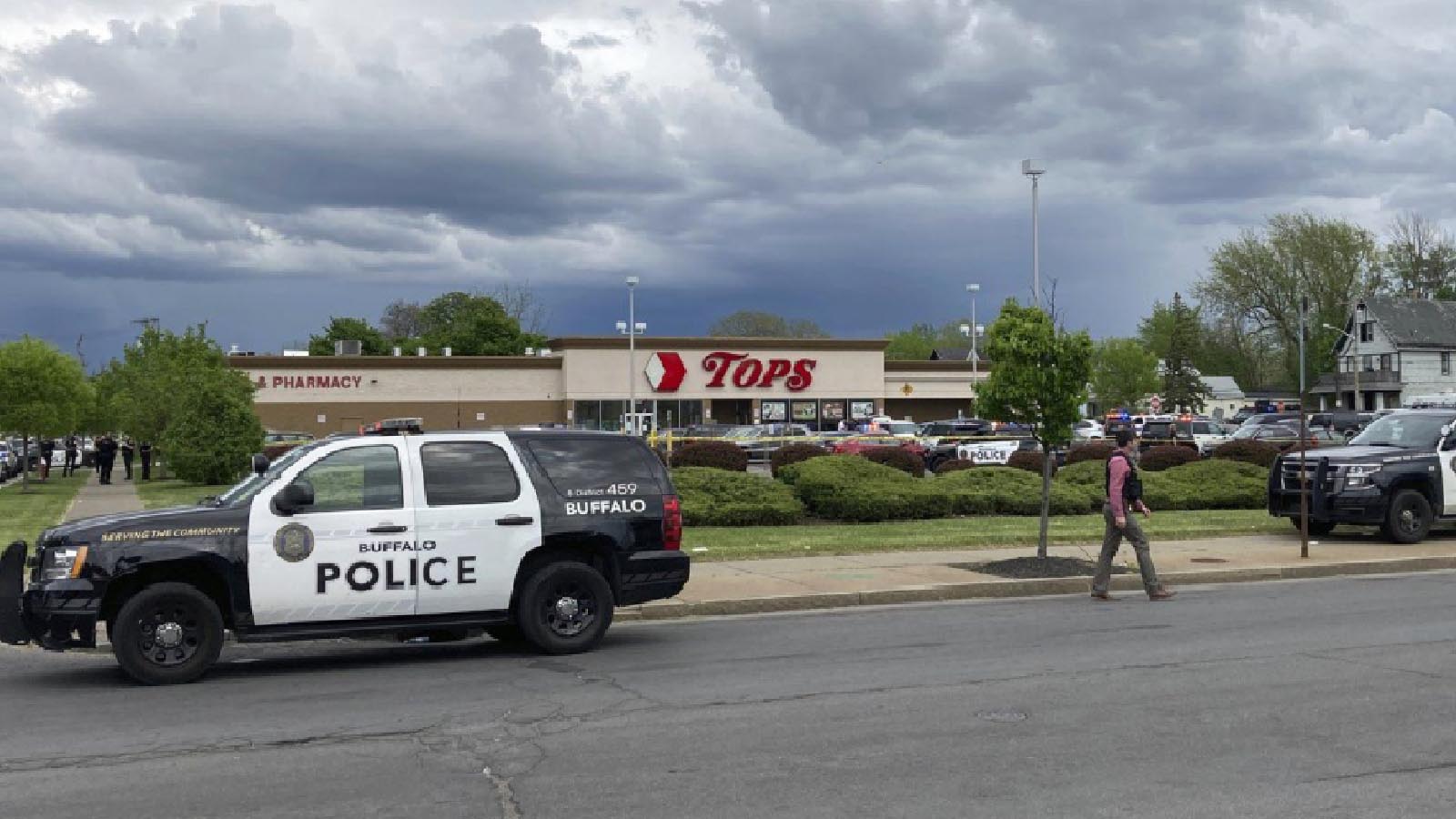 On Saturday afternoon, the Buffalo Police Department revealed that they had responded to a shooting at the Tops Friendly Market, and that the shooter was in custody, who the Associated Press reported has been identified as Payton Gendron of Conklin, over 200 miles away.

Buffalo Police Commissioner Joseph Gramaglia had referred to the suspect as an 18-year old white male.

The shooting, which occurred in a predominantly Black neighborhood, is being treated as a “hate crime and racially motived violent extremism,” the AP also noted. Eleven of the victims are Black, and two are white.

News 4 Buffalo, a local news outlet, also tweeted live updates, including that the shooting is being investigated by the FBI.

This attack is being investigated by the FBI as a hate crime and as violent extremism.

I just spoke with a gentleman who says his aunt’s husband was killed while shopping this afternoon. He wouldn’t go into much detail, but said, “I feel so hurt… it’s unreal, I’m not really sure what to say.” @news4buffalo pic.twitter.com/L7FDhbTYjg

As Patrick Ryan also wrote in an article for News 4 Buffalo:

When the shooter exited his vehicle, he shot four people in the parking lot, BPD Commissioner Joesph Gramaglia said during a press conference. Three of them died and one is in the hospital. The shooter entered the store and opened fire on customers.

A retired Buffalo Police officer, who was working as a security guard, shot the gunman, but the 18-year-old was unharmed because he was wearing armor, Gramaglia said. The gunman shot a killed the retired officer.

A law enforcement source told CBS News that the gunman had a racial slur written on his weapon.

Erie County District Attorney John Flynn will not confirm the existence of the shooter’s manifesto. He said they believe there was a “racial component” to the attack but won’t say more.

This attack is being investigated by the FBI as a hate crime and as violent extremism.

BNO News had more about an alleged manifesto:

A man has opened fire at a supermarket in Buffalo, New York while live-streaming on Twitch, killing at least 10 people and injuring several others, local officials and witnesses say. He also posted an online manifesto in which he described himself as a white supremacist.

A 106-page online manifesto, believed to have been uploaded by the shooter, explained that he was motivated by a conspiracy theory that white people are being replaced by other races. In the document, he says he is 18 years old and a self-described white supremacist and anti-semite.

“If there’s one thing I want you to get from these writings, it’s that White birth rates must change. Everyday the White population becomes fewer in number,” the document says. “To maintain a population the people must achieve a birth rate that reaches replacement fertility levels, in the western world that is about 2.06 births per woman.”

BNO News is not publishing the document released by the shooter.

Another article from News 4 Buffalo, by Adam Duke, noted the rapid response from top local and state officials, as well as from The White House.

“The President has been briefed by his Homeland Security Advisor on the horrific shooting in Buffalo, NY this afternoon. He will continue to receive updates throughout the evening and tomorrow as further information develops. The President and the First Lady are praying for those who have been lost and for their loved ones,” White House Press Secretary Karine Jean-Pierre is quoted as saying.

The news is trending on Twitter, along with “Buffalo,” where it occurred. “Great Replacement” and “Tucker Carlson” are also trending as it applies to the suspect’s motivations, as Twitter users appear to be blaming Fox News’ host Tucker Carlson for the shooter’s actions, something our friends at Twitchy have also covered.

Also trending on Twitter is “Waukesha,” as other users also pointed out that the response to this Saturday shooting stood in stark contrast to last November’s Christmas parade where suspect Darrell E. Brooks allegedly drove his SUV into the crowds, leaving six people dead, including children.

Months later and we still have “no clear motive,” for the Waukesha tragedy, but a white guy does essentially the same thing and we know exactly why within the hour. Sorry but that’s insane.

The media didn't care about Waukesha.

The media didn't care about a shooting outside an NBA game in Milwaukee.

Why do they care more about the Buffalo shooting?

As Townhall has extensively covered, that attack was largely covered up and dismissed by the mainstream media, including when it comes to Brooks’ own racial motivations being downplayed. Several outlets also tried to undermine Brooks’ role in the crime, with a focus on blaming the SUV.