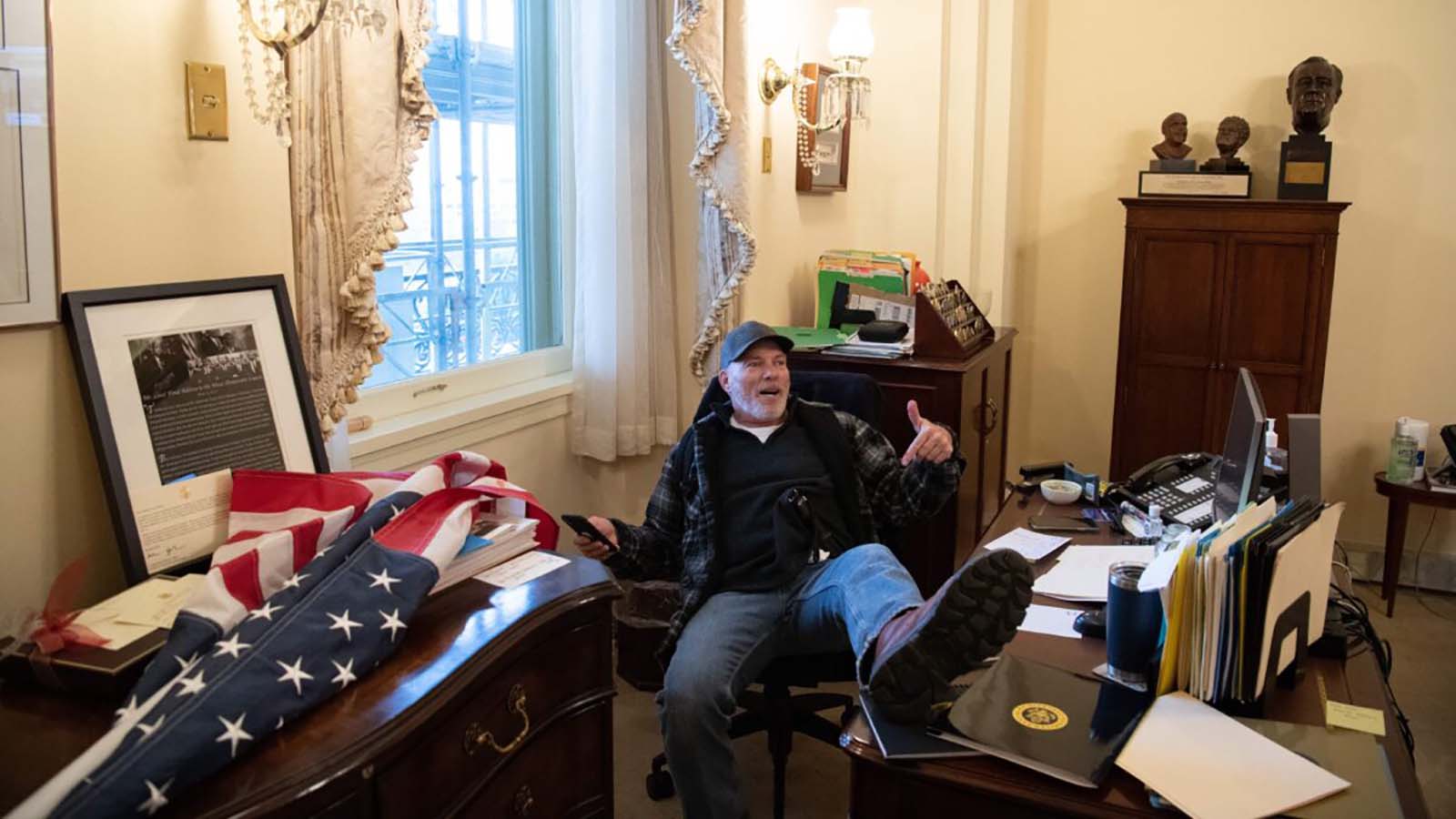 A federal District of Columbia jury took less than two hours to find Richard “Bigo” Barnett—the man in the now-famous photograph with his feet on a desk in the office of then-House Speaker Nancy Pelosi—guilty of four felonies and four misdemeanors for his time in the U.S. Capitol on Jan. 6, 2021.

After brief deliberations ended on the afternoon of Jan. 20, jury deliberations resumed at 9 a.m. E.T. on Jan. 23 . At about 10:30 a.m., the jury told U.S. District Judge Christopher Cooper they’d reached verdicts on all counts.

The dangerous weapon charge came from Barnett carrying a 950,000-volt “Hike ’n Strike” walking stick with him that doubles as a flashlight and stun device. He said there were no batteries in the device and the stun function wasn’t operable on Jan. 6, 2021.

It was the latest in a series of lightning-quick verdicts from District of Columbia juries in Jan. 6, 2021, cases. No Jan. 6, 2021, defendant has been acquitted outright by a D.C. jury. The few acquittals came during bench trials.

Dozens of motions for a change of venue in Jan. 6, 2021, cases have been rejected by every D.C. federal judge who has heard them.

Barnett will appeal, according to defense attorney Joseph McBride.

“Our team fought like hell. We were relentless, creative, & left no stone unturned in Mr. Barnett’s defense. We have multiple appellate issues that we preserved & will litigate,” McBride said in a Twitter post.

“Bigo Barnett could spend the rest of his life in prison—for a trespass. Pray for him & his family.”

Cooper rejected a motion filed by defense attorneys on Jan. 20, to declare a mistrial on the argument that prosecutors charged him with obstructing a nonexistent proceeding because Congress has no role under the law to “certify” the results of a presidential election.