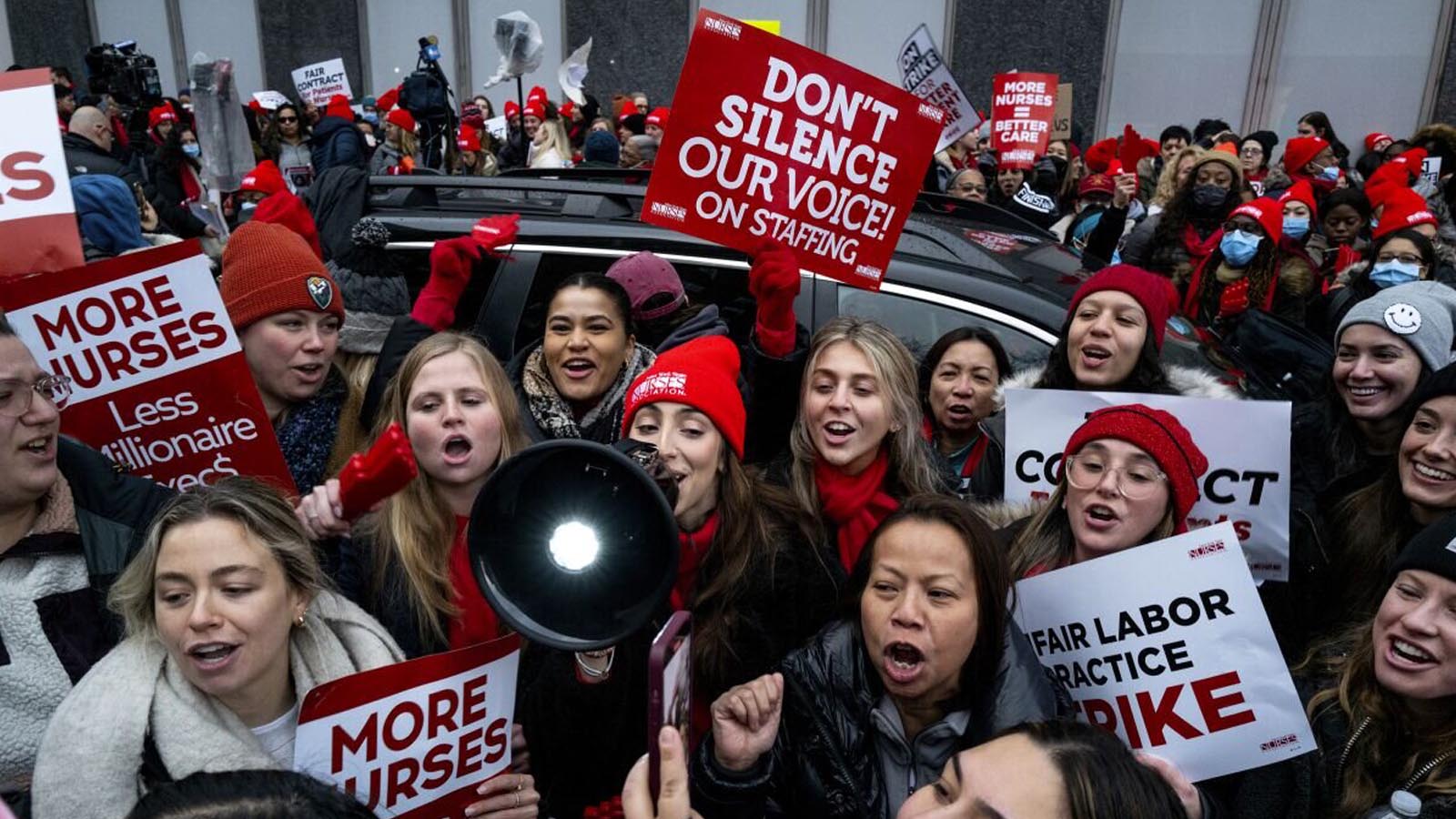 A situation room will bring together officials with the New York Police Department, New York Fire Department, New York City Health Department, health care facilities, and other groups to keep “eyes and ears” on the health care system amid the strike, a spokesperson for the Greater New York Hospital Association told Politico. A spokesperson for New York Mayor Eric Adams’s administration said the fire department has plans to reroute ambulances, while NYC Health + Hospitals will implement an emergency plan to deal with patients amid the staffing shortfall.

“We recognize the effect that a nurse strike would have on health care in our city and we are actively planning for different scenarios to minimize any impact to New Yorkers and ensure that the people of our city continue to receive care,” a City Hall spokesperson said in a statement. “We encourage all of the parties to remain at the bargaining table for however long it takes and work toward reaching a voluntary agreement. Our system will be prepared, in the event of a strike, to meet the challenges.”

As of the morning of Jan. 8, the New York State Nurses Association, a union representing 42,000 members across the state, said no new agreement was reached with area hospitals. It said about 8,700 union nurses at three hospitals—Montefiore Bronx, Mount Sinai Hospital, and Mount Sinai Morningside and West—will go on strike if the union’s demands aren’t met.

“After a day of bargaining at Montefiore and Mount Sinai Morningside and West yesterday, no new tentative agreements were reached,” it said. “Mount Sinai Hospital management walked out on the last bargaining session and avoided the table and their responsibility to bargain in good faith on Friday and Saturday.”

Mount Sinai disputed the union’s claims and demands, claiming it is “jeopardizing patients’ care, and it’s forcing valued Mount Sinai nurses to sacrifice their dedication to patient care and their own livelihoods,” according to a statement released to local media outlets.

“We have offered a 19.1 percent compounded pay raise over three years, which is the same offer other hospital systems in the city have made,” the hospital system said. “Still, [the New York State Nurses Association] refuses to back off its plan to strike on Monday, even though it has called off planned strikes at other New York City hospitals. It’s not reasonable for NYSNA to ask for a significant wage increase above and beyond these other sites. It’s time for NYSNA to meet us back at the bargaining table and continue negotiating in good faith, so that Mount Sinai nurses can continue providing the exceptional patient care for which they’re known and respected.”

According to an internal memo, Mount Sinai is planning to cut services amid the strike, including transferring newborn babies “outside the Mount Sinai Health System to ensure they get the care they so desperately need,” ABC7 reported. Two of three Mount Sinai hospitals will only perform emergency surgeries, the memo stated, and those facilities will start to transfer and discharge “as many patients as appropriate.”

Matt Allen, the union’s regional director, responded to the reports that neonatal babies are being transferred.

“As a labor and delivery nurse who helps mothers to bring babies into this world, I find it outrageous that Mount Sinai would compromise care for our NICU babies in any way. We already have NICU nurses caring for twice as many sick babies as they should be,” he said. “We’ve been sounding the alarm about how that’s not safe for our NICU patients, but Mount Sinai has failed to address this crisis. It’s unconscionable that Mount Sinai refuses to address unsafe staffing in our NICU and other units of the hospital but is now stirring fears about our NICU babies in contract negotiations.

“My full expectation is that this will be resolved because there is no alternative,” she told reporters. “We need to make sure that people in New York are taken care of.”