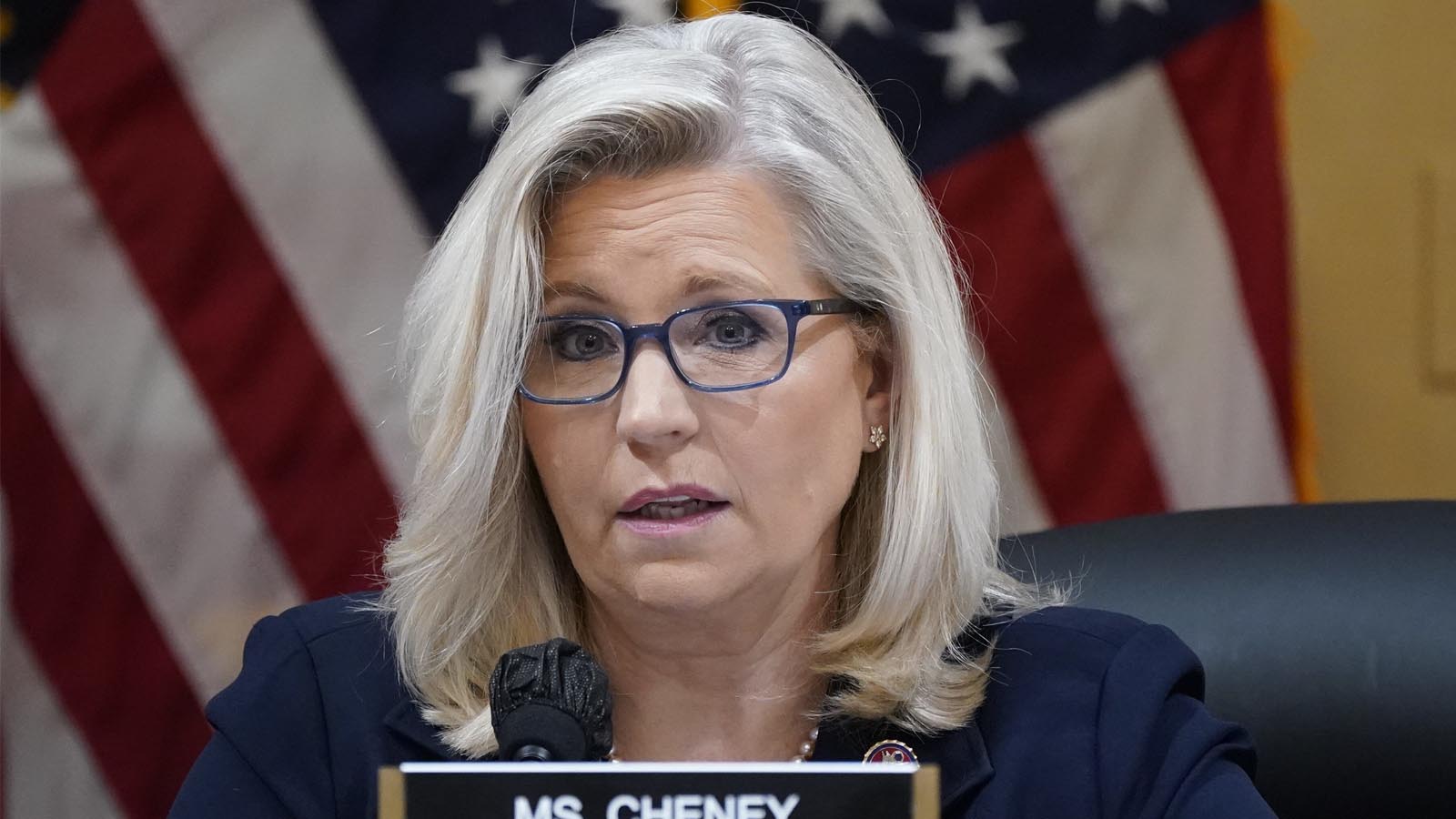 A vote on a resolution to move Democrats’ bundle of law enforcement-focused legislation forward in the House of Representatives passed narrowly on Thursday afternoon — by just one vote — because Rep. Liz Cheney (R-WY) apparently couldn’t be bothered to vote in her final days as a member of Congress.

The final vote to move the Democrat bills forward finished 216-215 with one member — Ayanna Pressley (D-MA) — voting “present” and one member — Cheney — not voting. 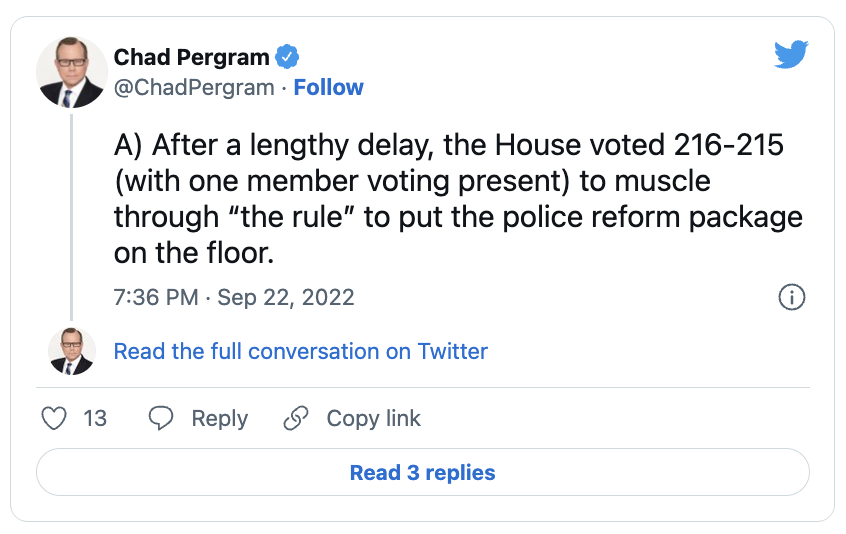 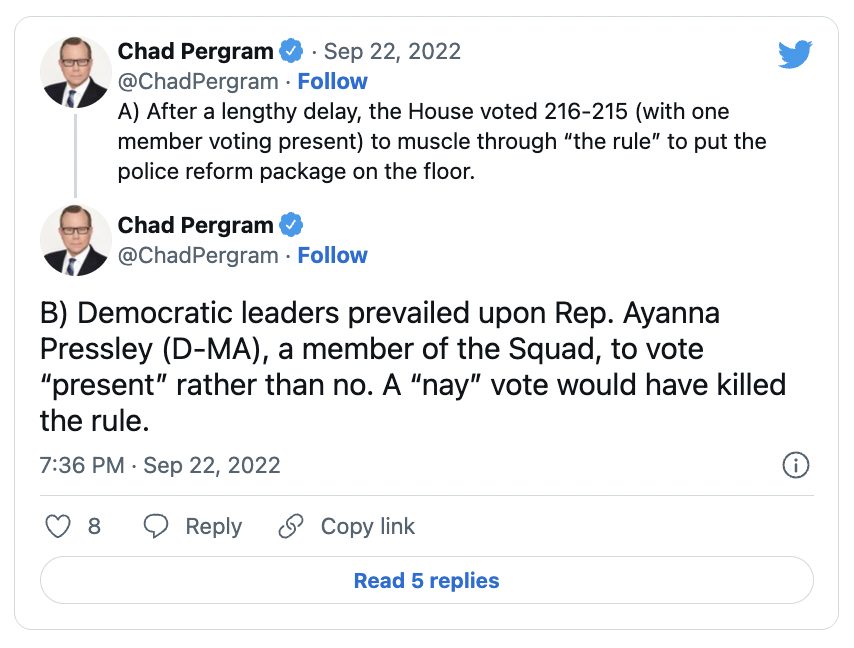 C) An exceptionally close vote with four Democrats voting nay. That’s because the progressives don’t like some provisions in the bill.

If members had defeated the rule, the House couldn’t consider the underlying police package.

The narrow agreement to the resolution allowed the House to move ahead with consideration of H.R. 4118, the Break the Cycle of Violence Act; H.R. 5768, the Violent Incident Clearance and Technological Investigative Methods Act of 2022; H.R. 6448, the Invest to Protect Act of 2022; and H.R. 8542, the Mental Health Justice Act of 2022.

There’s seemingly no excuse for Cheney’s failure to vote on the matter as Speaker Pelosi has repeatedly extended allowances for proxy voting that allow members of the House to vote via another member in their absence, supposedly due to the pandemic. On the vote Cheney skipped, scores of members from both parties cast their votes via proxies, making Cheney’s decision to skip out even more confounding.

Despite President Biden’s declaration that the pandemic is “over,” Pelosi continues to allow proxy voting, in part because it gives members the freedom to remain at home or traveling to campaign ahead of the midterm elections.

But for someone who goes on and on about “our democracy” as much as Cheney does, one would expect her to remain active within our democratic form of government as her constituents previously entrusted her to do.

Cheney is apparently more than just a loser in Wyoming’s GOP primary this time around, she’s just a sore loser in general. Needless to say, Cheney’s failure to vote — one that allowed Democrats to move ahead with their legislation and work toward another “success” to tout to midterm voters as supposed proof they support law enforcement amid surging crime — didn’t go over well with her GOP colleagues.

BREAKING: the House was one vote away from defeating a Democrat anti-police bill, but Liz Cheney couldn’t be bothered to show up to vote.

.@Liz_Cheney is so committed to Joe Biden and the Democrats that she just intentionally skipped an anti-police vote that Republicans could have defeated.

She clearly supports the Democrat war on police.

Go ahead and switch parties Liz before you’re out of office.

Who knows, maybe Liz Cheney is too busy gearing up for one of her last public appearances on Speaker Pelosi’s January 6th Select Committee to vote on behalf of her Wyoming constituents? Or maybe she’s just given up because she’s miffed she lost her primary.

In any case, this is the latest instance of Cheney helping Pelosi and Democrats while apparently not caring for what her Republican colleagues or the conservative Americans she claims to represent believe.

Cheney’s office has been telling reporters a “family health issue” was the reason she missed Thursday afternoon’s resolution vote, though no other details have been made public.