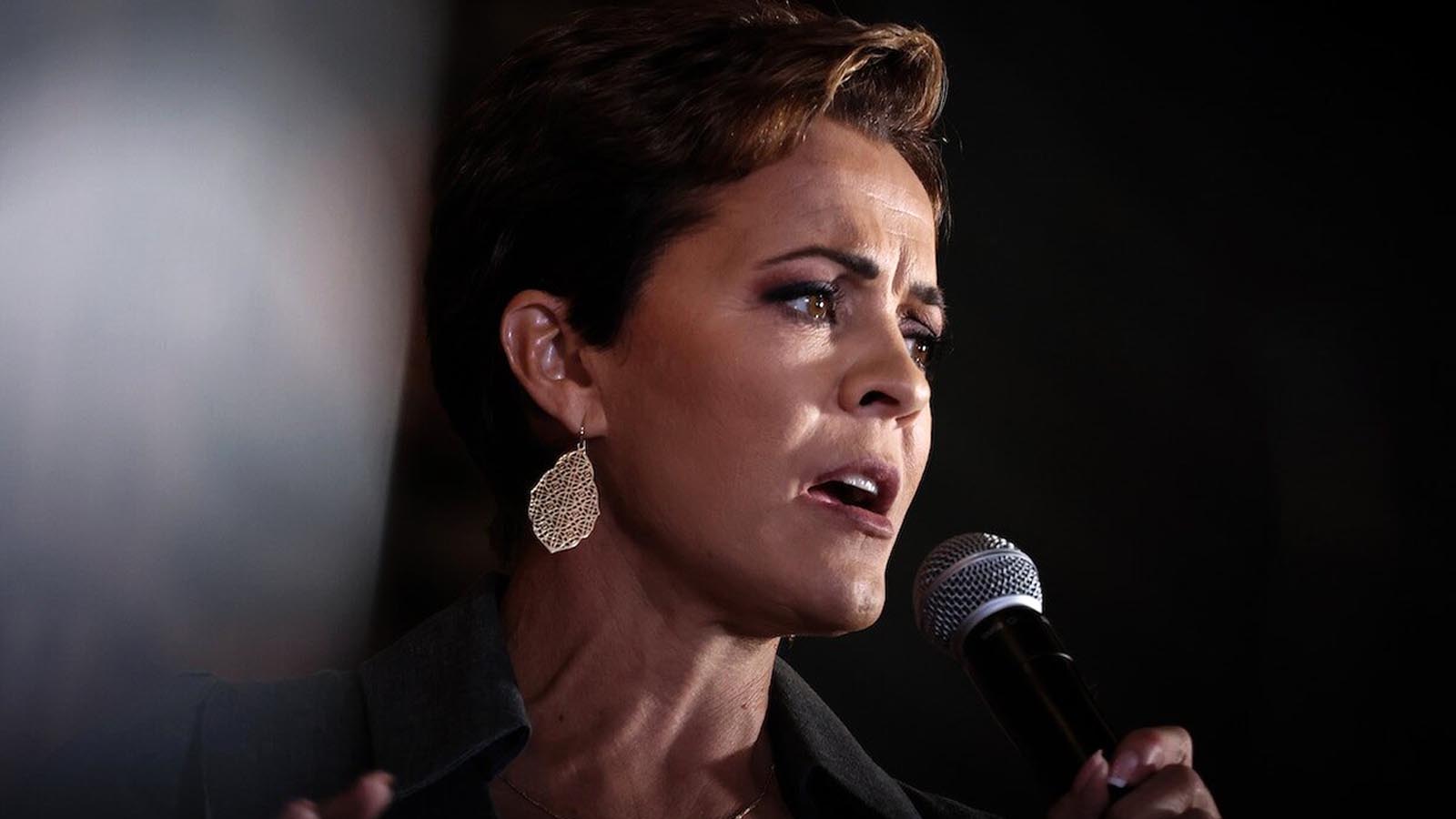 Lake sued Stephen Richer, the county’s recorder, and other officials in Arizona Superior Court. She’s asking the court to compel the officials to promptly produce records on the administration of the midterm elections, which featured widespread issues in the state’s largest county.

“Given instances of misprinted ballots, the commingling of counted and uncounted ballots, and long lines discouraging people from voting, as demonstrated in the attached declarations, these records are necessary for Plaintiff to determine the full extent of the problems identified and their impacts on electors,” the 19-page suit states.

Maricopa County officials have acknowledged that tabulators across many polling sites stopped working properly on election day. Among the advised solutions was voters placing their ballots into a box to be counted later. Declarations attached to the new suit from poll observers say that workers mixed counted and uncounted ballots in the same container at the end of the night.

Another solution to the tabulator problem was a voter checking out of a site and utilizing a mail-in ballot. To try to figure out the extent of the problems, the Lake campaign on Nov. 15 requested information such as all records related to voters who checked into a site and who also submitted a ballot by mail. The campaign sent another request on Nov. 16. None of the records have been produced yet, which violates Arizona law that public record requests must be fulfilled “promptly,” the suit states.

At present, Lake’s opponent Katie Hobbs, a Democrat who serves as Arizona’s secretary of state, is ahead in the race. Maricopa County is scheduled to canvass the results on Nov. 28, with the state following on Dec. 5. Arizona Gov. Doug Ducey this week said he’s working to help Hobbs transition to become governor.

The suit asks the court to compel the county to produce the records prior to the canvassing. “This deadline (or its substantial equivalent) is, under the circumstances presented, necessary to ensure that vital public records are furnished promptly and that apparent deficiencies can be remedied before canvassing of the 2022 general election,” it says.

Maricopa County did not return requests for comment on a different lawsuit filed this week by Abe Hamadeh, the Republican candidate for state attorney general, and the Republican National Committee. Its offices were closed on Thursday for Thanksgiving.

The office of Arizona Attorney General Mark Brnovich, a Republican, recently requested information from Thomas Liddy, the chief of the Maricopa County Attorney’s Office’s Civil Division, after receiving hundreds of complaints about issues related to the midterms.

The information indicated that the county did not uniformly administer the election, as is required by state and federal law, and that poll workers weren’t trained to check out voters who left sites where the tabulators weren’t working right, she added.

Wright requested the information on or before the county submits its canvass to the secretary of state because the issues “relate to Maricopa County’s ability to lawfully certify election results.”

Bill Gates, the Republican chairman of the county’s Board of Supervisors, said in a statement that the county would not delay the canvass.

“Prior to the canvass, the County will respond to a letter from the Arizona Attorney General’s Office requesting information about the administration of the November General Election,” he said at the time. “Board members received this letter on Saturday night and had a team working on a response all day Sunday, even as staff continued counting votes. We look forward to answering the AG’s questions with transparency as we have done throughout this election.”

Lake said on “War Room” that the county is “trying to run out the clock,” referring to the looming canvass.

Not the ‘Main Case’

At least one other lawsuit is in the works, according to Lake.

Lake reiterated that whistleblowers are coming forward and that officials “better think long and hard” before certifying the election in light of the widespread issues that unfolded in Maricopa County.

The forthcoming suit may cite findings from nearly a dozen Republican attorneys who observed the election at Maricopa County sites and attested to the tabulator failures being more widespread than county officials presented.

The issues led to “substantial voter suppression,” attorney Mark Sonnenklar wrote in a memorandum summarizing the findings. Since Republicans voted in larger numbers on the day than Democrats, “such voter suppression would necessarily impact the vote tallies for Republican candidates much more than the vote tallies for Democrat candidates,” he added.