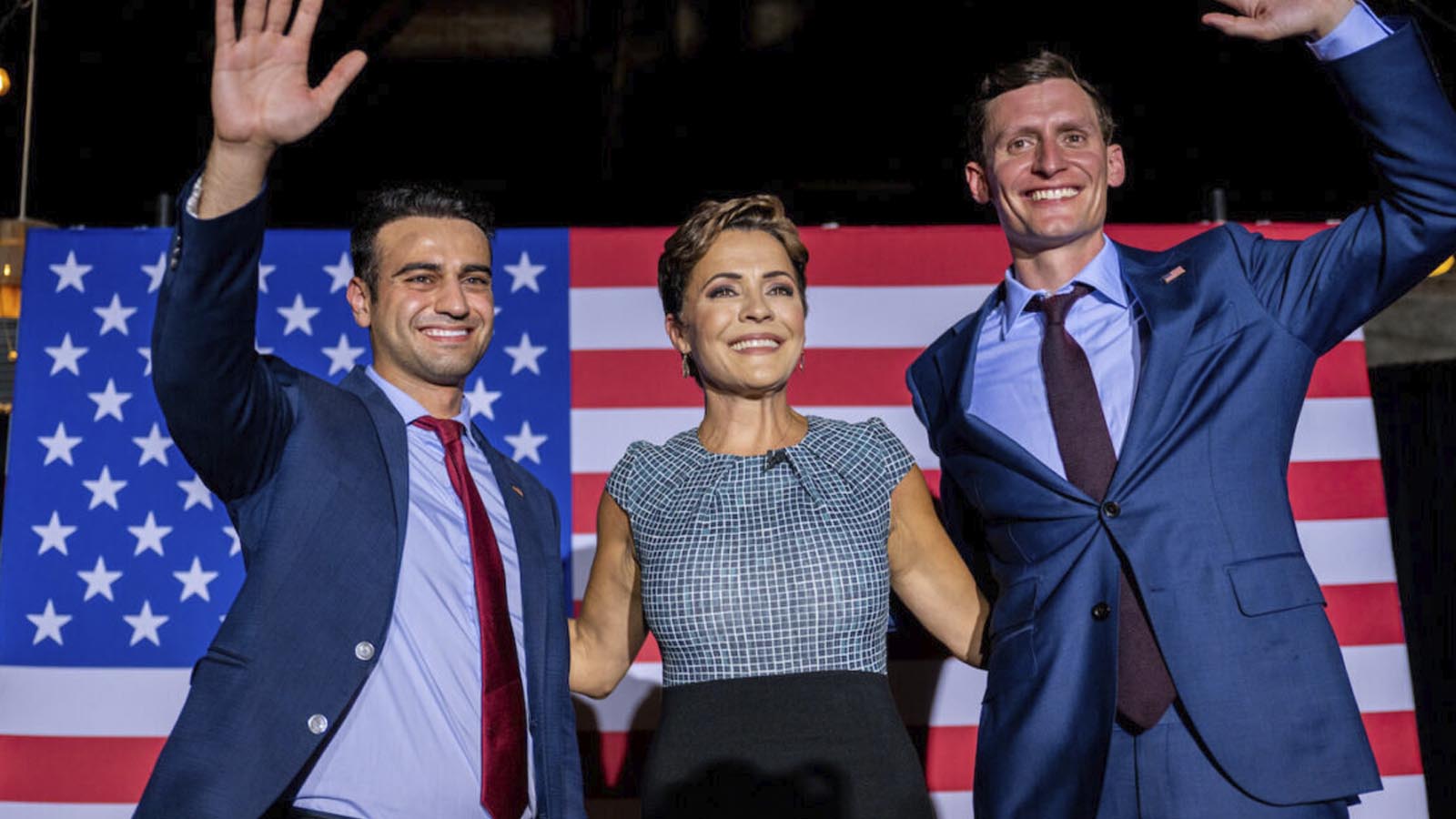 Abraham Hamadeh announced he would file a motion to delay the inauguration of the next Arizona attorney general after a judge announced Thursday that a recount found that he lost to Democrat candidate Kris Mayes by only a few hundred votes.

“My team is filing a Motion for Stay to delay the inauguration for the Office of Attorney General next week until we resolve all matters regarding the potential discrepancies in the recount and litigation,” Hamadeh, the Republican nominee for Arizona’s Attorney General who often campaigned alongside GOP gubernatorial candidate Kari Lake, announced Thursday. Hamadeh then requested outgoing Attorney General Mark Brnovich to “remain in office until all issues are resolved.”

The announcement by Hamadeh came after a judge announced a recount in the attorney general race confirmed Democrat Kris Mayes was the winner. Records show that she defeated Hamadeh by about 280 votes, smaller than data originally indicated.

Original election data put Mayes 511 votes ahead of Hamadeh out of more than 2.5 million ballots cast in the race, triggering the state’s automatic recount provision. Maricopa County Superior Court Judge Timothy Thomason announced Thursday that she only won by 280 votes, finding that Mayes picked up an extra 196 votes to Hamadeh’s 427.

“A shockingly high discrepancy,” Hamadeh, who has not conceded, wrote on Thursday. “Again, a recount just puts the ballots in the machine again. My legal team will be assessing our options to make sure every vote is counted.”

Later, the GOP candidate wrote that “we MUST get to the bottom of this election” because “transparent elections are fundamental to a democracy.”

After the recount results were announced, Mayes issued a statement saying she is “excited and ready to get to work as your next attorney general and vow to be your lawyer for the people.”

Republican National Committee Chairwoman Ronna McDaniel described the new results as “shocking” and pledged the GOP would support Hamadeh “to make sure every legal vote is counted,” according to a statement she issued via Twitter. “This is one of the closest statewide races in AZ history,” she wrote.

An attorney for Mayes, Dan Barr, said that the new results should increase the public’s faith in elections. Mayes is slated to be sworn in as the state’s attorney general on Jan. 3.

“They didn’t just do a rubber stamp of what it was,” Barr told news outlets Thursday. “They did a careful evaluation of the votes, and they came up with a different result. And so I think people should have a lot of confidence in the process.”

Meanwhile, a spokesperson for Secretary of State Katie Hobbs, a Democrat, said that the recount results are “not unexpected” and added to Tuscon.com that “election administration is very much a human process and, as such, is subject to human error,’’ said the aide, Sophia Solis, in a news release.

In a lawsuit filed earlier this month, Hamadeh cited issues with ballot printers in Maricopa County and said such errors caused Election Day voter disenfranchisement, while contending that more than 4,000 votes haven’t been counted in the race. A Mohave County judge later tossed his lawsuit and said the Republican candidate wasn’t able to prove the errors in vote tabulation that he alleged.

“The bottom line is, you just haven’t proven your case,’’ Mohave County Superior Court Judge Lee Jantzen told Hamadeh’s attorney Tim La Sota earlier this month, adding that tabulation mistakes “were not enough to overcome the presumption the court has to have in election cases … that the election was done correctly.’’

Top Maricopa County officials on Nov. 8 announced the printer problem, although they later said they believed voters were not prevented from casting their ballots. During a news conference and on social media, they told voters to place their ballots in dropboxes for later tabulation or instructed them to go to different polling locations.

Like Hamadeh, a similar lawsuit filed by Lake that eventually went to trial last week was tossed by a Maricopa judge. Lake, also endorsed by former President Donald Trump, this week filed a motion indicating she will appeal her case to the Arizona Supreme Court, asking to either overturn the election results in Maricopa County or a re-do of the 2022 midterm election there.