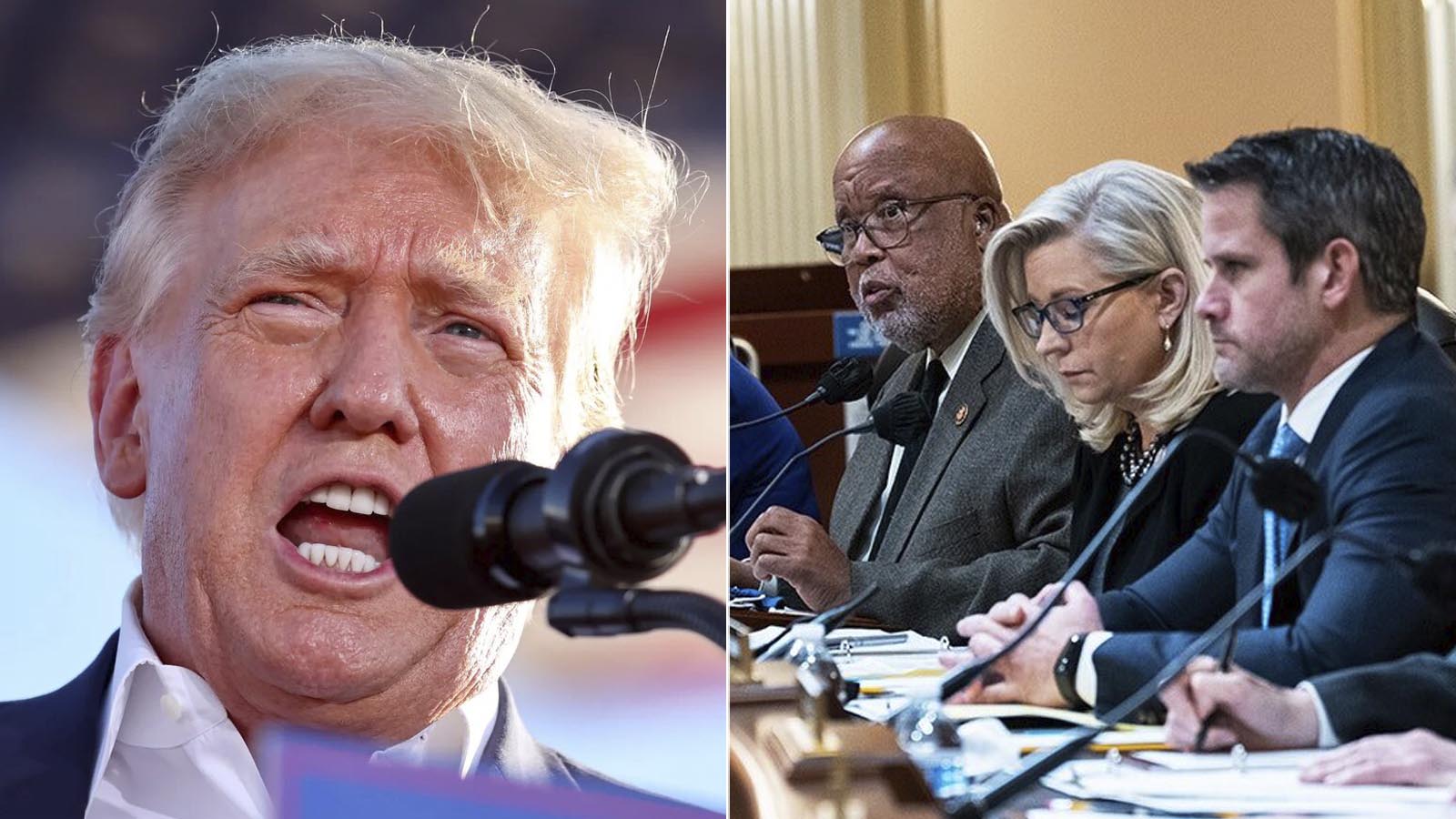 The House Jan. 6 Committee on Oct. 13 voted to subpoena former President Donald Trump over his role in the events of Jan. 6.

The resolution, submitted by Ranking Member Liz Cheney (R-Wyo.), was passed by the committee unanimously in a 9–0 vote.

“Our duty today is to our country, our duty, and our Constitution,” Cheney said. “We can act now to protect our republic. So this afternoon, I am requesting that the chairman issue a subpoena for documents and testimony from Donald Trump about the January 6 attack on the Capitol.”

The panel “wants to hear from him,” Chairman Bennie Thompson (D-Miss.) said ahead of the vote. “The committee needs to do everything in our power to tell the most complete story possible and provide recommendations to help ensure nothing like Jan. 6 ever happens again.”

“He is required to answer for his actions,” Thompson added.

Thompson said the committee recognized how “extraordinary” the step was, and that the committee was anxious to “take this step in full view of the American people.”

Cheney based the motion on the refusal of several Trump officials and allies, including former Chief of Staff Mark Meadows and former advisor Steve Bannon, to testify.

“Mr. Chairman, our committee now has sufficient information to answer many of the critical questions posed by Congress at the outset. We have sufficient information to consider criminal referrals for multiple individuals and to recommend a range of legislative proposals to guard against another January 6,” Cheney said. “But a key task remains. We must seek the testimony, under oath, of January 6’s central plater.”

“More than 30 witnesses in our investigation have invoked their 5th Amendment right against self-incrimination, and several of those did so specifically in response to questions about their dealings with Donald Trump directly.”

The normal Justice Department process, Cheney said, is too slow.

“Mr. Chairman, at some point, the Department of Justice may well unearth the fact that these and other witnesses are concealing,” Cheney said. “But our duty today is to our country and our children and our Constitution. We are obligated to seek answers directly from the man who set this all in motion, and every American is entitled to those answers so we can act now to protect our republic.”

After presenting the motion, all nine members of the committee voted to take the almost unprecedented step of subpoenaing a former president.

The move will doubtless inspire legal challenges from Trump’s attorneys.

There are only a few instances in history of Congress subpoenaing a president.

In the 1840s, Presidents John Quincy Adams and John Tyler were subpoenaed for information on intelligence issues, but the subpoena ultimately went unanswered.

The same occurred in the 20th century, when Rep. Joseph McCarthy attempted to bring former President Harry S. Truman in for questioning by the House Un-American Activities Committee. Like in the case of Adams and Tyler, the subpoena was ignored.

Ultimately, the subpoena against Trump could come to naught by simply expiring.

If Republicans take the lower chamber after the midterm elections, as they are widely expected to do, they could liquidate the Jan. 6 Committee and withdraw the subpoena.

This means that Trump’s lawyers will just need to run out the clock with legal challenges, assuming a GOP takeover of the House next year.

Culmination of Months of Targeting Trump

Members of the Democrat-dominated Jan. 6 Committee since the beginning have made no effort to hide their hope that Trump will face criminal charges for his actions on, and leading up to, Jan. 6. Charges that lead to a conviction of insurrection may put an end to his chances of running for reelection, which he has indicated he may do.

“I would like to see the Justice Department investigate any credible allegation of criminal activity on the part of Donald Trump or anyone else,” Rep. Adam Schiff (D-Calif.) said on ABC News’ “This Week” program. “They need to be investigated if there’s credible evidence, which I think there is.”

Rep. Jamie Raskin (D-Md.) said the committee has laid out in various legal pleadings “the criminal statutes that we think have been violated,” and claimed that the panel has evidence that Trump knew Democratic rival Joe Biden won the 2020 election.

“I think we can prove to any reasonable, open-minded person that Donald Trump absolutely knew because he was surrounded by lawyers,” Raskin said on CNN’s “State of the Union” program. “He continues to spread [doubts about the 2020 election results] to this very day. He continues to foist that propaganda on his followers.”

When asked during an appearance on ABC’s “This Week” if Trump should face criminal charges, Rep. Adam Kinzinger (R-Ill.) said he thought the president was “guilty of knowing” what he did. “Seditious conspiracy. Being involved in these, you know, kind of different segments of pressuring DOJ, vice president, etc.”

It remains unclear whether the Department of Justice will take the unprecedented step of opening a criminal investigation of Trump, despite the calls from members of the panel.

Trump on Thursday dismissed a House committee’s vote to subpoena him for testimony about the events of Jan. 6, 2021, as a publicity stunt.

“Why didn’t the Unselect Committee ask me to testify months ago?” Trump posted on Truth Social shortly after the House panel investigating the Capitol riots on Jan. 6 voted to subpoena him.

“Why did they wait until the very end, the final moments of their last meeting? Because the Committee is a total ‘BUST’ that has only served to further divide our Country which, by the way, is doing very badly – A laughing stock all over the World?” Trump continued.