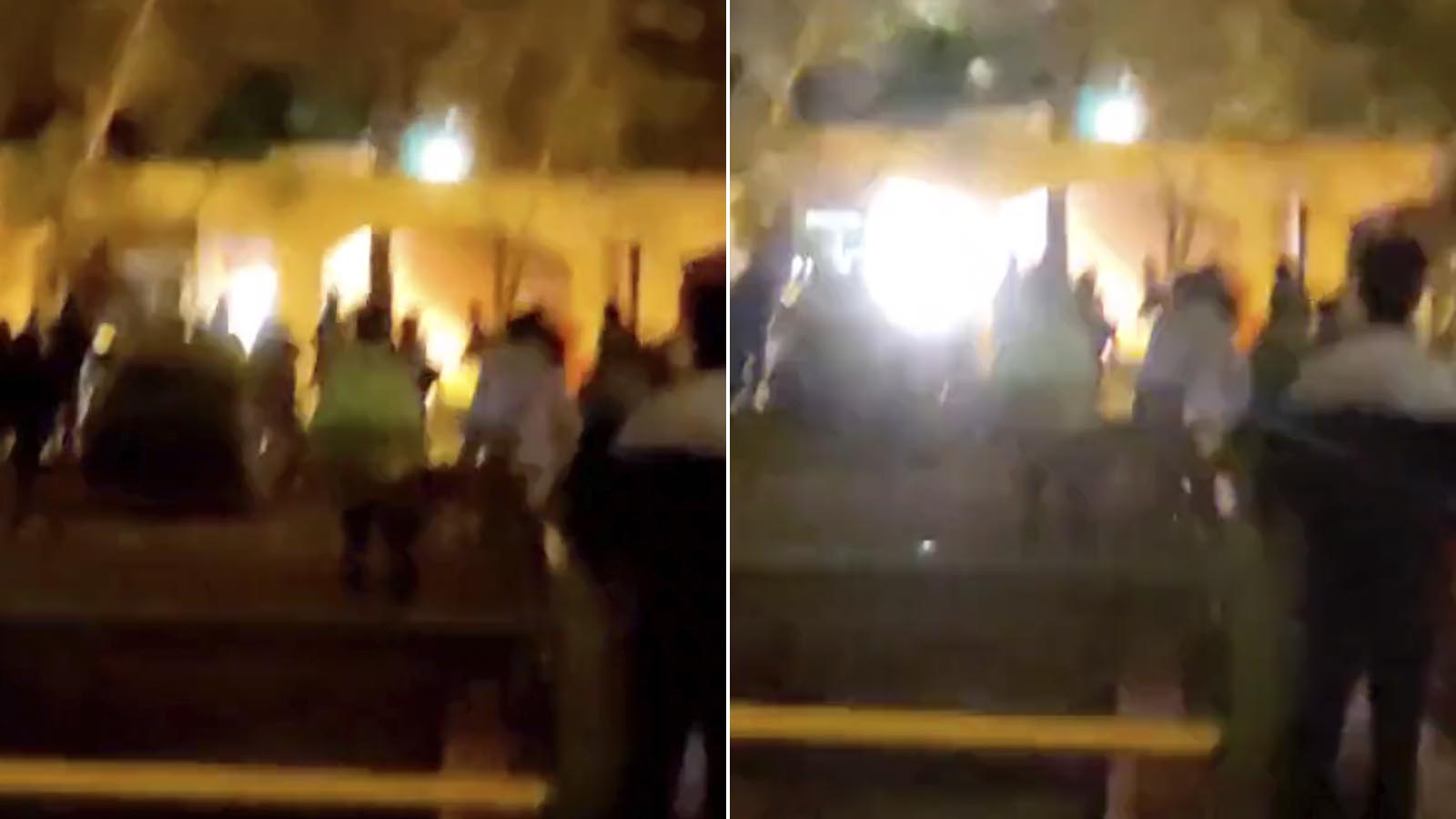 Protesters torched the former home of the Islamic cleric who founded Iran’s Islamist dictatorship on Thursday.

Anti-regime protesters burned the building, which has served as a museum for several years.

Ayatollah Ruhollah Khomeini formerly lived in the structure in question, according to the BBC.

One video posted to Twitter showed the structure on fire while protesters walked around it.

The home (now museum) of Ayatollah Khomeini, founder of the Islamic Republic, set on fire by Iranian protesters. pic.twitter.com/YLE7Fe2kAh

Another video showed the site burning and described Khomeini’s former home as destroyed in the act. Protesters cheered as the building burned.

Astonishing scenes from #Iran. Protesters have burned down the house of Ruhollah Khomeini, the Islamic Republic’s founder.

The house has been a museum for the past 30 years. This is an attack in the essence of the republic itself. pic.twitter.com/Qtk5jr5AR6

The house is located in the city of Khomein, with the Islamic Republic’s founder purportedly having grown up in the building.

Raucous protests against Iran’s Shia Islamist dictatorship have shaken the authoritarian regime’s support to its very core, with Iran’s government sentencing protesters to death as a warning to its citizens who want to dissent, according to Reuters.

The arson of the home could be called the most daring act of defiance against the Islamist regime yet.

The protests began after the September death of Mahsa Amini, a 22-year-old woman who died in the custody of Iranian authorities after she was arrested for violating the country’s draconian head covering requirements for women.

Khomeini was the first Islamic cleric to hold the title of “Supreme Leader” in Iran’s Islamic Republic.

He was vital in overthrowing Iran’s ruling Shah in the country’s 1979 revolution.

Tasnim claimed that the museum honoring him was still open as of Friday, according to the American government-affiliated Voice of America news outlet.

More than 15,000 Iranians have been arrested since the mass-scale protests against the country’s government began two months ago, according to The Washington Post.

As many as 19 protesters face the death penalty as punishment for defying the country’s sitting Supreme Leader Ayatollah Ali Khameini, Reuters reported.