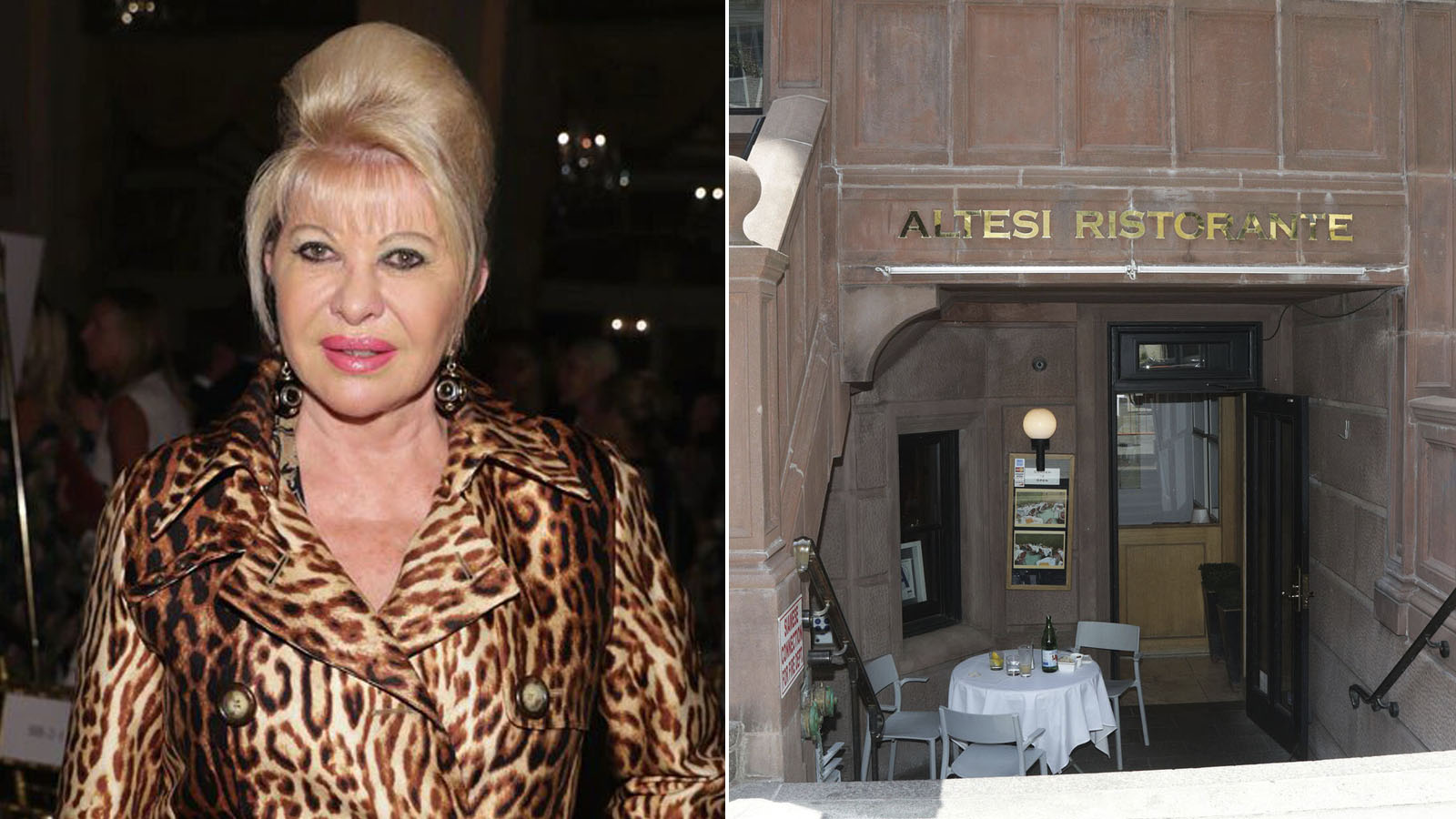 An apparently frail Ivana Trump ordered one of her favorite soups from a trendy Manhattan eatery on what may have been her final outing before she died, a longtime friend told The Post Friday.

Trump, 73, was with a personal health aide when she stopped by Altesi Ristorante on the Upper East Side around 6 p.m. Wednesday — seemingly still battling what another pal said might have been the wear of COVID-19 lockdowns.

“She did not come in,’’ Alavian said. “I bumped into her outside. I said, ‘Señora, how are you? Good?’ She said, ‘I just went for my walk,’ and we chat couple of minutes as a common thing we always [do].”

He said the ex-wife of former President Donald Trump frequently had a health aide with her for her daily recent early-evening walks.

“You could feel a little bit of tiredness but … she never complained about anything, never mentioned anything,’’ the owner said of Ivana, who died Thursday.

He said she ordered soup to go and that it was delivered to her nearby home.

“She loved soup. She always had soup. Carrot soup was the best. She got lentil, carrot. … She always wants soup,’’ he said.

Ivana was found dead at the bottom of the stairs of her Manhattan home early Thursday afternoon, possibly after suffering cardiac arrest and either falling down the stairway or crumpling in her spot.

Alavian noted that around his birthday a few weeks ago, Ivana stopped by his posh place to wish him well but that she didn’t make it past the front steps.

“They called me from the restaurant to go out because she has difficulty to get inside with the steps, and I just simply hug, and she said, ‘I just wish you happy birthday,’” Alavian said. “The biggest hug I got on my birthday, I was extremely pleased.’’

Another close pal, Hamptons eatery owner Zach Erdem, told The Post on Friday that Ivana’s hip had been bothering her recently to the point where she couldn’t walk at times.

Thomas Makkos, the owner of Nello, another of Ivana’s favorite Manhattan restaurant haunts, said it seemed she was never quite the same after the COVID-19 lockdowns.

“She aged very rapidly the last one year.”

He said he last saw her a few months ago, and, “She seemed a little down, she seemed frail.

“She had difficulty walking. We had to help her home,’’ Makkos said.

Ivana was known to have dined at the eatery up to four times a week, sometimes coming in for lunch and then back for dinner, feasting on her favorite dish, “Galletto,’’ featuring “pan-roasted organic hen’’ and “chopped arugula,’’ according to Makkos and his eatery’s menu.

He said that as a tribute to his beloved customer and pal, he plans to close down the restaurant one night next week to invite her family and friends to a special event to honor her, renaming the eatery “Ivano’s’’ for the occasion and featuring “Galletto.’’

“She would come in and light up the whole restaurant’’ — not to mention even the hot-dog cart on the corner, where she’d sometimes pick up a weiner, Makkos said.

The woman who groomed Ivana’s Yorkie terror, “Tiger,’’ said through tears that the socialite businesswoman had her give the pooch a haircut July 5 while excitedly preparing for their trip to St. Tropez, which they were supposed to leave for Friday.

“She told me to cut the hair shorter because they are going to stay over there two months. ‘I want his hair shorter, because we’re gonna go away, Europe, for two months, and I want whiskers long but everything else shorter nails shorter,’ ” Liu said Ivana instructed her.

“Her housekeeper was packing her clothes,’’ added Liu, speaking outside Ivana’s home Friday, when she came to pay tribute to her.